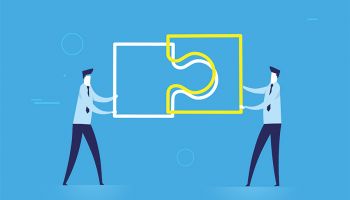 Deutsche Bank’s top executives expressed optimism that they could turn their misfortune around even as late as this past December. However, analysts are not so sure now and government officials in Germany are not talking. The same is true of Commerzbank, as the rivals may be closing in on a forced merger. Only time will tell as both banks will report earnings throughout the year. It is likely the government will strongly recommend a merger if both banks fall short of positive earnings results throughout the year.

While neither bank commented last week, the German government has spoken out about its lack of patience when large German banks do not show strength. While Deutsche Bank is not a household name in America, it is in the size range of Bank of America and JP Morgan, and thus is crucial to the global banking system. Institutional Investors in the United States have substantial holdings, as well as loans through Deutsche. The United States fine the company over $7.2 billion just two years ago for its part in a mortgage scandal.

Deutsche Bank could be looking for another buyer, but it is unlikely given its size and the difficulty it would be to gain regulatory approval. Management continued to attempt to right the ship with job cuts and more focused efforts throughout 2018, and recently stated that they are well on their way to profitability. It turns out they were right to some extent, as they achieved their first profitable year in recent history on Friday, but still fell far short of market expectations.

Deutsche Bank reported a profit number of $390 million for 2018, significantly short of market consensus. One poll reported that analysts were hoping for a figure about 25% higher. CEO Christian Sewing looked to put a positive spin on the results stating, “Our return to profitability shows that Deutsche Bank is on the right track. Now, our priority is to take the next step. In 2019 we aim not only to save costs but also to make focused investments in growth. We aim to grow profitability substantially through the current year and beyond.”

They have refused to say the word Commerzbank as a possible solution to its troubles.