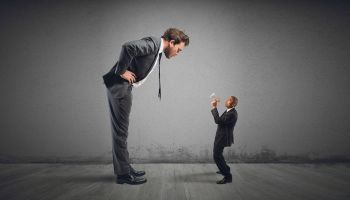 In spite of what the media often says, bankers are nice people.

After all, compliance is pretty complicated and getting more so. It is not unusual for examiners to find a problem of some sort. When confronted with a regulatory violation, banks tend to approach a solution in the most peaceful and least public way possible. They grew used to supervisors who would work with them to get the right result.

For supervisory agencies, enforcement actions are a last resort.

Things are very different with the Consumer Financial Protection Bureau.

In spite of its use of the word “supervision,” CFPB is an enforcement agency—sort of like the Federal Trade Commission on steroids. As CFPB players candidly admit, they are looking for “cases,” not quiet supervisory corrective agreements.

The headlines taste best when they have a bank name in them—and a really big dollars figure.

Instead of systematically examining institutions, CFPB trolls complaint patterns and other data sources to find what consumers are most concerned about and which institutions may be vulnerable to the problem. Then they investigate and attack.

Financial institutions are being held responsible for the behavior of third parties over whom they have only limited control. There are vendors who can get the financial institution into trouble with a single, off-script phone call. And then there are dealers—car dealers and mortgage brokers—whose freedom of motion in the credit world can land in the lap of the purchasing financial institution as a violation.

Cases can even be based on assumptions about who the borrowers were. No proof required.

So far, banks have not pushed back. They have surrendered and handed over the goods. And lived with the headlines.

Why back down in the face of an enforcement challenge?  Sometimes, there is, in fact, a violation. Bank compliance managers can easily tell when there is or isn’t a problem worth enforcement attention.

But there are times when an alleged violation is not so clear.

Consider the fair-lending challenges based on agency and bureau manipulation of name and address data to make assumptions about race and ethnicity. The result of the statistical adventure is not proof of discrimination. It is, at most, a mere presumption that discrimination is a possibility.

In contrast to fair lending, Regulation Z is a highly technical regulation. It is therefore somewhat confined in how it can be used to find violations. But when violations occur, they are clear. Under Regulation Z, something either is or isn’t a violation.

Fair lending is another matter altogether. Many maybes play a part in fair lending. And most of the maybes are in the eye of the beholder. This is where sitting back and taking it on the chin has dire results. Enforcement agencies, such as the Department of Justice and CFPB, have succeeded in reaching expensive, precedent-setting consent orders with evidence that would not amount to proof in a court of law.

And they have won lots of favorable press by touting what they are doing for consumers. Never mind that the difference in the challenged car payment is less than $1 per month.

It is CFPB to the rescue!

No one stands up to flimsy arguments

We can expect future fair-lending enforcement efforts to be based on the statistical manipulation of names and addresses. Is this actually proof? Not in a court of law. All this analysis does is flag a possible difference in treatment based on inaccurate presumptions about borrower identity. It is not proof in and of itself.

And even if someone were to try to argue that it is persuasive, it is built on as many assumptions as a house of cards.

Any bank who chose to challenge this data in court would stand a good chance of winning. Explanations of the business process would likely meet the business necessity test.

So why don’t more banks fight back?

Every time a financial institution rolls over and pays up, it adds fuel to the enforcement fire.

What have banks got to lose?

Fighting back is indeed a risk. It is expensive, results in bad press. Of course, banks get bad press even when they do the right thing. But when banks give in, they are guaranteed to lose.

Why not push back?  The worst thing that could happen is that the bank could lose. That’s going to happen anyway.

More in this category: « Trickle of flood insurance changes coming MoneyGram/Haider case: Compliance penalties get personal »
back to top