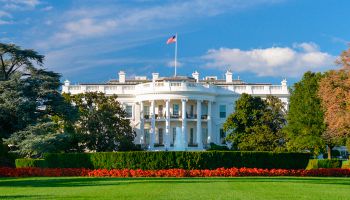 “If we have simply substituted one group’s impositions for another’s, all we will have done is perpetuate a grudge match, with each test more bitter than the last”—Bill Streeter, editor & publisher

Finding common ground is not weakness. It is the mark of true leaders in a democracy. It is essential now. Especially now.

A good many bankers, investors, and business people generally continue to be optimistic about the prospects for a return to a favorable economic climate. There is good reason for that. The election of businessman Donald J. Trump to the Presidency was, to use one banker’s phrase, “a game changer.”

Not only did Trump promise to realign trade pacts, boost infrastructure spending, pass tax reform, and roll back regulations, he and his team have already taken steps to implement several of those promises and others.

However, a prominent banker, speaking at a recent event, cautioned against being too optimistic, because many of these proposed changes will take time.

One reason why, in our view, is because it’s obvious that nearly everything the new president proposes is being fiercely contested, in part as a result of how the changes were rolled out.

Americans of every political stripe have always had an inborn resistance to having changes rammed down their throats. And so the election, instead of producing an easing of the divisions opened by the long and harsh campaign, has deepened those fissures and opened new ones. Evidence of escalating strife fills the news and conversations literally every day.

Here are some suggestions to arrest what we perceive to be not just a passing phase, but a very dangerous dance.

• To President Trump: If you want this presidency to go down in history as memorable for good reasons, use the opportunity rightly.

This is not a power game. This is a sacred trust that we, the people, have granted you and your team.

And remember, Mr. President, as you yourself noted in your inaugural address, you are the President of the entire country, not just those who voted for you. So it matters a great deal how you fulfill your promises.

As a country, we are like the parable of the five sticks. When bound together, they are unbreakable. When the ties holding them together are cut, each stick separately can easily be broken. Some of the ties holding this country together—common bonds of purpose and good will—have already broken. We need to retie them, not cut the rest.

• To those opposed to this new Administration and everything it stands for: Consider that many in your ranks claim to be for tolerance and equality. Yet they refuse to respect the views and beliefs of the millions of their fellow citizens who had strong reasons for voting for President Trump.

Further, those opposed think that by “resisting him at every turn”—they will accomplish something constructive. They will not. Nothing good can come from bitter resentment.

• To both sides: No governing group can simply impose its will upon the people of this land. Is that not the primary reason this country was founded? Many would argue that the flaunting of this principle is what caused so many people to vote for a new regime. Some of those people no doubt are pleased by the Trump administration’s give-no-quarter approach. Yet, if we have simply substituted one group’s impositions for another’s, all we will have done is to perpetuate a grudge match, with each test more bitter than the last.

It is not too late to halt this downward spiral, but it soon could be. Here are a few ways to start:

• Stop the personal, caustic attacks. President Trump put his left hand on two Bibles when he took the oath of office. In both of them he will find, in Proverbs, “A soft answer turneth away wrath.” This does not just apply to the President.

• If each person, whether a private citizen or a public servant can remember one thing, remember this saying: “Any fool can make an enemy. It takes a good man to make one’s enemy one’s friend.”

And if “friend” is too big a leap, then just try being civil. It will lead to a better place than where we’re heading now.

This column originally appeared in the February-March edition of Banking Exchange magazine.

Tagged under Management, Blogs, Viewpoints, Like It or Not,

More in this category: « Change is in the air Fintech comes to the laundry room »
back to top