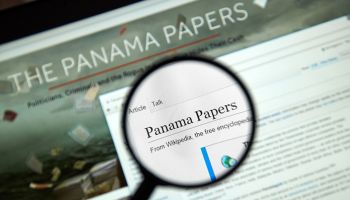 Today people have a strong tendency to only react to issues when everybody has heard about the subject.

If experts and others in a given profession know about something, it stays in that narrow group. Add to that society’s typical lack of detail, and the “new” issue is usually only known by the title—the tweet?—and people feign expertise by simply reciting the word or phrase.

Hearing buzz phrases spouted without any real understanding of the topic maddens me.

In many cases, doesn’t this phony exchange of ideas seem counterproductive? Do people think past the hashtags anymore?

Try this: Next time someone uses one of the phrases mentioned above and says, earnestly, that “It is a really big issue,” ask them, “Why?”

Be prepared to hear crickets.

Now, how about the “Panama Papers”?

Having gotten that out of my system, let’s discuss the recent leaking of the so-called “Panama Papers.”

This represents a multi-faceted issue. [My colleague Kieran Beer, editor of ACAMS Money Laundering.Com does a much better job of explaining the issue and fallout than I could.] However, there are collateral impacts of an age-old problem (offshore banking and tax evasion) that are rising to the surface with the unveiling of almost 12 million pages of documents.

Policy makers, AML pundits, and regulators are finally coming out of the woodwork to call for investigations, legislation, and reports on the use of havens—offshore and onshore, I might add—to hide money from taxation. That is taxation that goes to support services, infrastructure rebuilding, and defense of many countries around the globe.

You can have your debates about government inefficiency and priorities. But the fact remains that in some cases accounts are set up to conceal who owns the funds and to place the monies beyond the reach of government requirements to pay taxes. (Granted, this doesn’t cover all accounts, as some people need to legitimately park funds out of their countries as flight capital.)

The abuse of shell companies has long been the focus of many, so that aspect of the Panama Papers is nothing new.

In the U.S. we are anticipating a final rule that will require the recording and reporting of beneficial ownership information. This is a deficiency of the U.S. that was called out by the Financial Action Task Force (FATF) as far back as 2006.

At the time of this writing, it was just announced that five European Union (E.U.) countries have agreed to information-sharing on company ownership to deal with ongoing tax evasion.

The Financial Crimes Enforcement Network (FinCEN) has been targeting criminals that use shell companies to purchase real estate with cash for a number of years. Real estate is yet another category of financial sector entities that have historically thumbed their noses at doing due diligence to prevent criminals from thriving.

The Panama Papers disclosure does not give us anything new there except the broad swath of public officials utilizing offshore accounts.

Time will tell whether investigators show that these disclosures evidence illegal activity.

What will leaks affect?

Getting back to what the leaked papers may cause:

• Will we now see a real effort to force corporate formation laws in the U.S. in places such as Delaware and Nevada to actually require information of value to be provided?

• Will tax evasion become a predicate offense under the US money laundering laws?

• Will so-called “gatekeepers,” such as lawyers, be required to perform even a cursory level of due diligence on clients, especially those that want advice on how to create limited liability companies?

So many other questions come to mind so I’ll save them for future blogs.

In summary, the Panama Papers are nothing new—but perhaps real change can occur.

“Time of the Season”

Certainly the sub-headline above is a great Zombies song, but for AML professionals it notes conference season. ACAMS just completed our 21st Annual program in Florida and there were a number of highlights. However, I want to mention one specifically.

During the regulatory panel, I asked whether it was time to take on a review of all the laws and regulations passed since 1986 addressing money laundering.

Last week we lost a true dedicated public servant. I had the pleasure of knowing and working with Bob Serino, the former Deputy Chief Counsel of the Office of the Comptroller of the Currency, on a wide array of issues relating to enforcement and the Bank Secrecy Act (BSA).

Bob was a strong advocate of private-public partnerships and always sought input from those he had to oversee and regulate.

More importantly, Bob was funny, generous with his time, and a great lawyer. He will be missed.

* From “For What’s It’s Worth,” a 1966 song written by Stephen Stills and performed with his band, Buffalo Springfield.” #63 on Rolling Stone’s 500 songs of all time.

More in this category: « “What A Wonderful World??”* “Keep Mediocrity at Bay”* »
back to top