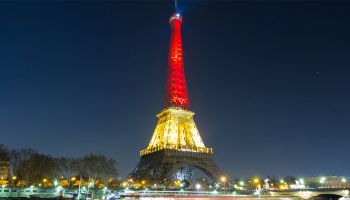 Remembering the victims of Brussels by finding ways to fight back. With a nod to pop music, veteran John Byrne’s blog scans the anti-laundering and anti-terrorism world. John pierces silliness and inconsistency, and strongly believes in private-public partnership.

This week, sadly once again, the world looks to innocent victims of terror attacks and wonders what can be done. I leave to the international security experts how to improve the sharing of intelligence data and where to focus resources and other priorities. However, for the AML community, the attacks in Brussels have a financial component. They represent further evidence of the problem of “foreign terrorist fighters,” or FTFS.

There has been extensive research on various forms of terrorist financing but only recently has there been information on foreign terrorist fighters and what financial institutions can watch for, identify, and report. For example, the Financial Action Task Force (FATF) has released Emerging Terrorist Financing Risks,  a report that offers some useful strategies.

AML experts have mentioned both Turkey and Italy as countries where foreign terrorist fighters travel before heading to a conflict zone.

ISIL promises to assist family members. But there is no evidence that this is actually happening.

A case study submitted to FATF from Saudi Arabia analyzed transactions from a number of individuals who traveled to conflict zones in Syria and Iraq. The case study found that most of the travelers were between 20 and 30 and their sources of income were payments from friends and relatives; loans; and salaries.

Most of their account activity was considered normal—save for withdrawals of funds from international locations. For the last point, Saudi Arabia blocked bank accounts of those individuals.

Another study, this time from Norway, compared foreign terrorist fighter financial activity to small terror cells. For example, these groups will create small businesses to fund their activities. They also found situations where individuals would sell personal belongings or suddenly liquidate their assets right before traveling to conflict zones.

The same study also showed a lack of government oversight when foreign terrorist fighters who receive some sort of paid benefits still receive funds despite having left their home country.

What is particularly troubling is the statement in the study that “It has also been reported that authorities are unable to act on information on the involved person’s status, because their status as FTF is deemed not to affect their eligibility for these benefits.”

Wait what? Sadly, not funny.

The good news is that the Netherlands has stopped government benefits to a number of known foreign terrorist fighters and that the country’s lawmakers are enacting legislation to make this process easier.

Another possible indicator of foreign terrorist fighter funding is the application for short-term loans from a number of providers at the same time with no intent to repay those monies.

A case study in the FATF report identified an individual who received two personal loans. The suspicious bank called the individual and the person’s employer, and discovered that that individual had been away from work for an extended period of time.

The local jurisdiction’s Financial Intelligence Unit (FIU) was able to determine where the foreign terrorist fighter had traveled and seized assets from both him and his family.

FATF’s report contains a number of additional examples of foreign terrorist fighters seeking funding prior to leaving their country and in some cases when they return from the conflict zone.

Use of social media, crowdfunding, and methods of banking are all covered.

For the AML community, the strategies become clear:

• Stay current with what experts have discovered.

• Improve awareness throughout your institution, firm, or agency.

We can do that—and more—to make a difference so that the victims in Brussels have not died in vain.

*  I was in Brussels several years ago at Christmas time and saw a program outside where holiday silhouettes were shown on a large building, with the song “What a Wonderful World” being played by Louis Armstrong.

The song, first recorded in 1967, and used in a number of movies and programs since then, is an optimistic view of the future in troubling times.

Let us hope that optimism is still relevant …