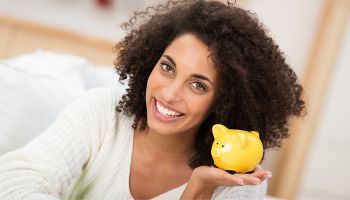 It’s not just beards, butchers, and bicycles that Generation Y—or “millennials”—are bringing back. The youngest adults in America, aged 18-29, are also showing signs that they’re old souls in the way they manage their money.

This finding was uncovered through the 2014 Planning and Progress Study, an annual research project commissioned by Northwestern Mutual that explores Americans’ attitudes and behaviors toward finances and planning.

According to the research, millennials recognize the importance of saving and investing and tend to be more proactive about planning than their older counterparts.

The study surfaced a range of distinct attitudes and behaviors towards money among millennials, notably:

“While not quite putting money in the mattress, Gen Y definitely takes a more retro approach to how they handle their finances,” says Greg Oberland, Northwestern Mutual executive vice president. “I’m guessing they’re making a lot of grandparents very proud.”

Millennials want help but don’t know where to turn for it. Though they may be ahead of the curve in making financial planning a priority, the large majority of millennials recognize they can do even better.

As noted above, though more than two thirds (68%) say there is room for improvement, the millennial generation is most likely to say they’re uncertain where to find help (28%). Only one in eight 18-29 year olds (13%) have a financial advisor.

“Many twentysomethings have fairly straightforward finances at this stage in their lives, so it makes sense that only a small percentage work with advisors,” says Oberland. “But clearly, the appetite and attitudes make for great opportunity. For advisors, the message is clear—if they can meet in kind the interest, discipline, and humility of millennials, they may very well have relationships for a lifetime.”