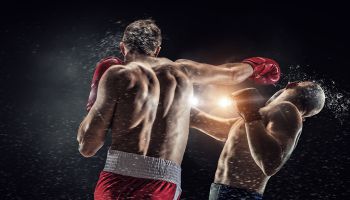 Challenger banks enter the ring with something new. But after enough victories, an interesting thing happens to them...

ING Direct opened for business online in 2000 with a quirky attitude towards stuffy traditional banking—and the appeal of higher-rate deposit accounts. By the time it was acquired by Capital One in 2012, the previously Dutch-owned online bank had grown past $97 billion in assets.

Veteran digital banker Martin Murrell sees ING’s model as “strategically perfect.” He told listeners during a panel discussion at Finovate Fall 2017 that the combination of high-yield savings in what was then a very convenient online format completely outflanked megabanks.

The large players had huge reservoirs of cheap deposits that relied on large branch networks. Had they tried to beat ING at its own game, Murrell added, they would have had to cannibalize their own low-cost deposit bases. A no-win game for them, a ripe opening for the newcomer.

Challengers run with one idea

Ranjit Palkar, partner, Digital Group, at the Capco consulting firm, moderated the panel and opened with his definition of a “challenger bank”: “A relatively small retail bank set up with the intention of competing for business with large, long-established banks.”

For the financial warrior, small can be beautiful.

Though ING Direct exists now as part of Capital One, it grew from a simple idea launched in the face of huge entrenched competitors. Murrell went so far as to call challenger banks “attackers.”

At the earliest point in a challenger bank’s life-cycle, he said, “it’s extremely advantageous to lack scale.” In the beginning, the existing competition has everything to lose, the attacker gains with every dollar snapped up.

“It’s about focus,” said Murrell. “In my mind you take a single value proposition, a single use case, a single customer segment, that you really understand and build out something that can deliver against that with incredible focus, efficiency, and effectiveness.”

But, ironically, challenger banks cannot hold onto their maverick status forever. Growth is sweet, but a point comes when a successful challenger grows to become part of the group it initially challenged.

Then, said Murrell, “you have to look out for the next attackers.”

Palkar asked where the boundary between attacker and attacked lies. Murrell mulled that and thought $10 billion in deposits sets the former challenger apart. By that point, the economics of the business and thinking about distribution change. Murrell didn’t use the words, but one could say that that’s the line between rebel and establishment.

How today’s challengers plan to grow

One factor that’s different now, for challenger banks, is the wide variety of fintech players who stand ready to partner with banking companies.

“They didn’t exist in the 2000s,” said Murrell. Today’s challengers can take advantage of technologies that their predecessors couldn’t develop on their own back in the day.

But the essential nature of challengers—having a singleness of strategy—hasn’t changed. Murrell and his fellow panelists, Luvleen Sidhu of BankMobile and Norris Koppel, founder and CEO of Monese, which started in the U.K. and which has expanded into Europe, each represent an institution that has an angle.

• Amalgamated Bank. Murrell’s base isn’t a new bank, per se. Amalgamated Bank, New York city’s first labor-owned bank, began in 1923 and continues to be owned by the Amalgamated Clothing Workers of America. A noteworthy aspect of the bank is its goal of investing with social responsibility in mind.

The $4.1 billion-assets bank has 13 offices, all but one in New York. Murrell joined the bank 18 months ago and his mission is to develop a nationwide online operation.

The twist will be building a deposit base of people whose personal beliefs align with Amalgamated’s. The bank began life as a banking option for working-class customers, and to this day, embraces social causes. Murrell’s challenge will be to seek out like-minded depositors across the country.

His target customers, said Murrell, “are defined by their philosophy in life. Digital distribution lets us reach out to them no matter where they live.”

• BankMobile. Sidhu’s operation began as a new strategic thrust of Customers Bank, started by her father, veteran banker Jay Sidhu. BankMobile began as the mobile-only no-fee division of Customers. Now, while BankMobile remains as part of Customers—a much-discussed attempt to spin off and sell the operation has not happened to date—it has become its own brand.

A key element of the BankMobile current business plan is partnership with colleges and universities that use BankMobile accounts as the means of electronically disbursing financial aid funds to students.

Customers Bancorp acquired a firm specializing in this business in June 2016, gaining relationships with 800 educational institutions in the process and hundreds of thousands of new student accounts. As described in a company press release, the attractions included a steady supply of new student banking customers, interchange income, and fresh deposits.

Sidhu said BankMobile serves about 33% of the so-called Tier 1 financial aid disbursement market. The funds are forms of federal direct student loans and grants paid out directly to students. Volumes vary with the point in the school year. (The program does not involve university or private scholarship funds.)

One Vibe feature is BankMobile’s Passport program. Account holders earn “stamps” for smart money management decisions. Each stamp represents an entry for a chance at a $50,000 award from the bank for repaying student debt. For example, maintaining a positive account balance for three months earns a stamp. There is an element of gamification in that the more stamps earned, the higher in the Passport rankings one rises, ultimately to “Globetrotter” status.

“We like to own the debit rails and the credit rails—70% of our income comes from interchange income,” Sidhu explained. “That makes us more of a payment company and a tech company than a bank. But we have to have a bank charter.”

Further down the road, BankMobile is exploring partnership opportunities with fintech. Sidhu said BankMobile is working with Upstart, a P2P lender, to roll out some white-labeled loan services for its customers.

• Monese. This fintech-based firm’s slogan is “Banking without boundaries.”

The firm started in 2015 in the wake of Koppel’s frustration over not being able to open a checking account in the U.K. when he moved there from Estonia. As explained on the Monese website: “With no U.K. credit history or utility bills proving his address, he was immediately denied a bank account. Without one, he found it near impossible to receive his salary or rent an apartment.”

Koppel set out to offer a solution. This was the Monese mobile-only account, which could be opened online with only a selfie and either a passport or national ID card. The account is activated instantly.

Monese’ site promotes it as a company with appeal for “nomads, expats, and migrants.” Among the features of the bank is the ability to transfer funds at a deep discount to usual bank cross-border transfer charges. (Technically Monese is not a full-fledged bank, but an “electronic money institution” registered with the U.K.’s Financial Conduct Authority.)

Koppel relies to a great degree on personal experience regarding where to go next with product development. One example is micro-saving. Koppel said he has never been a saver by temperament. He wondered what could incent people like him to save. He believes saving tied to spending could help people begin by putting aside pennies. He envisions a service where spending thus produces saving.

“You buy a cup of coffee, and ten cents goes into your savings account,” he explained.

Challenges of being a challenger

Growing a challenger bank hinges on the bank’s strategy. Student banking is a huge market, said Sidhu. The financial aid tie-in helps and the appeal of an app-based, no-fee product appeals to the market. “And the student market is a replenishing market,” she added, “so I’m not worried about that going away.”

That said, Sidhu said that “direct-to-consumer is really hard.” BankMobile discovered along the way that it had to grow bigger faster in order for its numbers to work. This was the reasoning behind the acquisition of Higher One, the student aid processor.

Koppel said the Monese model was a “pretty unique approach.” The company built its own core system, spending several million dollars to bring it to life. Monese also built its own compliance and anti-money laundering solutions. He maintains a team of 13 engineers now who design what’s needed to meet new needs, plugging into that core.

“I see us as more of a tech company than a bank,” he explained.

Palkar asked the speakers if their organizations would ever consider partnering with a large bank. The answers depended on each challenger’s strategy.

Koppel said he would be willing to do so. “It doesn’t make any difference if the bank is larger or smaller or if the organization is a fintech. If it serves a purpose, then we’d partner with them.”

Sidhu said there was no need for BankMobile to do so. It is already part of a bank—deposits are held by Customers Bank—and they are FDIC insured.

Murrell’s answer: “We want to become a big bank—we don’t want to partner.”

He added, in response to Palkar’s query to the panel about what they’d like to do besides banking: “This is my third run at this [digital banking]. I’m a sucker for punishment.”