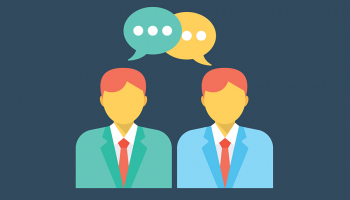 Bank customers have grown less satisfied with the advice they receive from their banks, according to a survey by US consumer research firm JD Power.

In the study, the firm outlined a downward trend in overall satisfaction with advice and guidance, with the average score falling by 30 points year-on-year to 601 on a 1,000-point scale.

Part of the reason for the decline, JD Power said, was “a toxic combination of rising household costs, a looming recession and record levels of debt”, which had led to 59% of retail bank customers “expecting their financial institutions to help them improve their financial health”.

“The past few years have been tough on consumers in general, and many of the financial pressures they face may not subside all that quickly,” said Jennifer White, senior director for banking and payments intelligence at JD Power.

“The data make it crystal clear: retail bank customers want guidance, but many aren’t receiving it. The tools banks have at their disposal aren’t always being used or, when they are, they are not used effectively. Neither banks nor their customers benefit from this dynamic.

“If banks don’t begin to make more progress in making advice content resonate, they could be facing significant attrition risk.”

Capital One ranked the highest in customer satisfaction with a score of 629, followed by Citibank (620) and Bank of America (618).

Another key outcome from the survey recognized that more bank customers felt financially vulnerable compared to last year, with only 47% of bank consumers who received advice falling into the ‘financially healthy’ category.

The findings follow a trend in the decline of consumer relations with banking services. Earlier in June, JD Power found that customers’ overall satisfaction with digital channels has declined as usage has increased.

JD Power also uncovered in April this year that a large proportion of US retail banking customers felt unsupported by their banks, with only 44% of banks seen to be delivering on the customer satisfaction metric as measured by the survey.