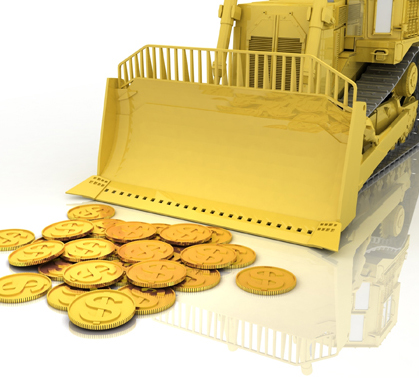 Equipment and software leasing will rise 5.6% in 2013, predicts the Equipment Leasing and Finance Foundation, in a second-quarter revision of the forecast the group made at the end of 2012.

In the Quarter 2 Update to its 2013 Equipment Leasing & Finance U.S. Economic Outlook, the foundation made the new forecast, nearly double that made at yearend 2012--2.9%.

The foundation noted that the 5.6% forecast is above the average of the last ten years.

Here is how the foundation sees leasing shaping up in 2013 as of April, in anticipation of a modest growth in the U.S. economy of 2.2% for the year:

• Agricultural equipment: There's potential for positive growth in later 2013,  but for the next three to six months the trend will be negative compared to 2012. The continuing drought in some areas, and the uncertain outlook for the farm bill both weigh in here.

• Construction equipment: This category will continue to achieve above average growth over the next three to six months, but the foundation indicated that a slowing over recent highs is expected. Increases in new single-family home sales and housing building permits have helped here, but both are slowing somewhat.

• Industrial equipment: Moderate growth will be seen, as positives and negatives will tend to cancel each other out. One beneficial factor is the "reshoring" of U.S. firm manufacturing.

• Medical equipment: Little to no growth in the first half, according to the forecast. A potential factor is the impact of sequester cuts on Medicare spending.

• Transportation equipment: Average growth is expected in the first half, in spite of slowing in the second half of 2012.

• Computers and software: Slow growth in the first half, with a more normal growth rate later in the year.

[This article was posted on April 5, 2013, on the website of Banking Exchange, www.bankingexchange.com, and is copyright 2013 by the American Bankers Association.]