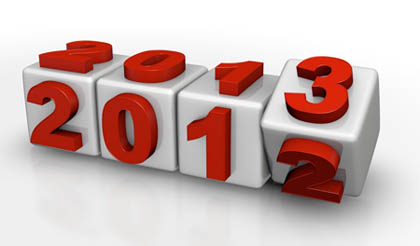 As the yearend approaches and the New Year looms, what ALCO strategies should banks be considering?
-->

Thanks to strong letter campaigns by banks and their customers to Congress and bank regulators, as well as a few key voices of reason, the capital rules outlined in the Basel III proposals III have been indefinitely postponed. That leaves us with a potentially onerous capital regulation still out in draft form. While some level of implementation seems likely, we have no idea when it might be implemented nor what changes from the original draft will be made.

All of this Basel-based uncertainty continues ... while our economy moves along at an extremely low growth rate. While loan demand remains tepid, at best, for most, outside of residential mortgages and seasonal agricultural activity. While margins continue to contract for most banks, given the low-rate environment, which also is projected to remain with us well beyond 2013.

Facing strong economic headwinds and a potentially "game changing" capital rule, inaction is not an option. What should community banks be doing in the current environment with regard to Basel III?  Furthermore, outside of Basel III concerns, what should you be focused on as you set your bank's goals for 2013?

By now, many community bankers have at least tried to determine where their bank's capital levels might be today, if Basel III were instituted as proposed. Many saw that they remain at well-capitalized levels per the new rules.

However, being well-capitalized in many cases has been based on some broad assumptions that ultimately might need to be supported by some rather rigorous and costly exercises. Furthermore, for a good number of banks, the risk weighting in the regulation for mortgage banking and residential lending would appear to be a direct threat to their core business--even their existence.

All of this comes before considering a more dynamic impact of interest rate changes and the impact of interest-rate-related items that would now be included or excluded from capital. This element has been the focus of many of the comment letters and has even been highlighted in discussions by the regulators.

Even with all of the uncertainty, performing some static assessment of your bank based on the current proposal is a worthwhile exercise if you have not done so already. This assessment should also assume a more fully inflated balance sheet that reflects the lending focus of the institution. This will provide some understanding of where your balance sheet's risk composition will be as it is seen by the proposed rules when loan capacity is rebuilt. Some have used 2006 and 2007 balance sheets as a starting point for this exercise, which seems a reasonable idea.

In addition to analyzing the potential risk weightings, it is also prudent to identify sources of new capital. This has been a crucial part of capital planning and capital stress testing over the past two years without Basel III and should continue to be addressed in formal capital plans and stress tests.

These stress tests need not be based on Basel III, but can be focused on current capital rules, along with the effect of those proposed, with an effort to quantify capital needs and risks to capital under various stress scenarios. Getting these stress tests and assessments done could ultimately play a part in your institution's capital assessment should leeway be delegated to the regulators in lieu of a full Basel III approach.

We are aware of many situations where having formalized capital stress testing and assessment before exams has generally worked out well in establishing a realistic framework for a discussion and understanding of capital levels and inherent risk.

These stress tests are still a valuable and pertinent exercise even if primarily based on the current standards!

For many community banks, it would appear that static Basel III calculations do not yield an answer that shows a particular asset concentration would cause them to need to re-think capacity for growth of a business line or a given category (if the opportunity for new business was  available at reasonable risk return levels today).

The main exception seems to be those lenders with concentrations in residential and commercial construction, mortgage production, servicing for others, and balloon or hybrid mortgages.

• For those without issues, it would seem the best strategy is pretty simple: Go about your business being mindful of changes in concentration and duration in the investment portfolio (see later discussion).

•For banks with real estate lending activities that seem to be "over-weighted" in the context of the proposed Basel III regulation,it would appear that there is not much choice but to continue to book business as in the past, for the time being. For these institutions to do too little or none of this business based on a postponed regulation that will likely not go into full effect "as is" may prove far too costly to the franchise in earnings and reputation. For this group, there appears to be little choice but to proceed "with caution" while looking into contingency plans for capital or transfer of business, as well as continuing to have ongoing dialogue with regulators and Congress.

It would appear that for most a "proceed-with-caution" strategy seems to make the most sense. There are too many variables that may move or change and with projected low rates and likely tough economic conditions, there are enough challenges for bankers just trying to maintain profitability in 2013 to focus on Basel III exclusively.

However, all should remain active and vigilant in monitoring discussions (and participating) in this area.

Most economic forecasts for 2013 continue to point to low interest rates, low loan demand, and overall little economic improvement. This sets up the industry for further margin contraction as yields on new loans and investments are lower than those on the assets they are replacing. Most banks have practically exhausted the ability to reduce funding costs further.

There are no easy answers. But some key considerations should be as follows:

Investments: In prior years putting more money into investments, particularly in periods of low loan demand (as is forecast by many for 2013), has been a strategy to buoy earning asset levels. Technically this option exists today. However, the risk/return trade-off--given the low level of rates and tight spreads--has made even those investment structures that have always been safe not so safe.

For example, 10 year and 15 year mortgage-backed securities have been in the "always safe" bucket. These securities are currently yielding roughly 0.50% and 1.20%, with average lives of roughly 4 years and 6 years, respectively. (Thank the Fed's QE "Infinity"  program for that.)

The low yield may already raise eyebrows. But consider the impact of an up 300 shock on these assets; at some point, rates will go up and they may go up fairly quickly. These same securities could see market values sink below book by roughly 12% and 18%, respectively. This is an area where prudence, as well as the specter of Basel III, should be considered when deciding to ramp up these strategies.

Many bankers got pretty queasy back in 2006/2007 when 4% yielding MBS payments slowed and market value sagged. How will you feel with lower yields and a further decline in market values? Good thing to keep all apprised of in 2013, as avoiding all investment replacement in 2013 is not an option for most.

The point is that those who are anticipating a good deal of help for the bottom line from the investment portfolio might want to think again before putting such plans in action.

Lending: Maintaining and/or growing loans is critical for survival.

If you are concerned about interest rate risk and exposure to rising rates when rates start to rise, this is even more essential.

Longer-term residential whole loans of 15 years and even 30 years have a far better risk/return profile than investments, as outlined above. But in addition to buy-or-sell strategies in mortgage lending, bankers have been--and will likely continue to be--faced with decisions to make loans on the commercial side at rates lower than ever before and sometimes for terms much longer than the industry has ever done before.

This is scary, and again, makes many continue to struggle with the balance between prudent interest rate risk management, profitability, and loan pricing integrity.

Personally, in my previous life as a banker, I think our institution made maybe five loans on the commercial side with re-pricing or fixed terms beyond five years. The risk of holding to this old standard will likely cause banks to lose business and maybe risk seeing loan portfolios shrink.

This does not mean banks can be imprudent in pricing these long-term loans nor do can they forget about interest rate risk. This will require an understanding of the bank's interest rate risk position and tolerance--and knowing that the position is accurately measured--and the strategies you will use  to offset your institution's growing exposure to rising rates, which will happen someday.

The stakes are quite high. And the cost of inaction is even costlier.

Deposits: Temporary and Core:  This is another area where it appears regulators and bankers alike are focusing more and more.

A big part of understanding your interest rate risk position and the balance sheet's inherent capacity for term loans is understanding which of your deposits are core and which are likely temporary.

Most institutions have seen non-maturity deposits grow over the past few years. But many also know that a decent portion of this growth may, in fact, be a function of the low-rate environment. For example, former CD special customers currently sit in NOW or money market accounts. Likewise, businesses frequently remain cash-laden due to a more cautious approach to business expansion than normal.

Knowing these balances, as well as the loyalty of this deposit base, is crucial to evaluating your risk.

We have seen a great number of requests coming from banks in this regard (many without regulatory pressure). Again, we see the importance of risk measurement, as well as having highly-efficient and effective ALCO processes that are crucial to managing the risks in our business.

The stakes have never been higher.

Keeping a watchful eye (if you are not an active participant) on changes in the regulatory arena is prudent for all. However, at this time, making sweeping changes to your business strategy or profile may likely be the wrong answer.

Choices to replace current loans or grow them are somewhat limited and often do not bear pricing or terms to which banks are accustomed. Unless your shareholders are willing to live with what could be materially lower earnings, it would appear that getting a handle on your competitive market pricing and structures for good credits is in order.

At the same time, an even better investment of your time and money, if not done already, is making sure that your measurement and management systems are in place and performing at a high level of accuracy for interest rate risk, non-maturity deposit stability and  capital planning.

2013 will be challenging enough without Basel III. Banks need to remain proactive and prepared and part of that means having up-to-date and reliable radar.