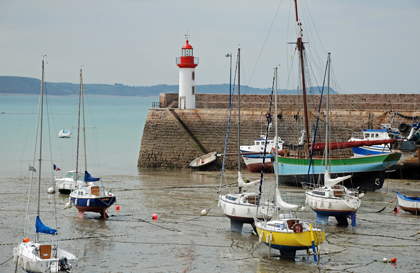 The tide comes in and out for all boats, large and small, and so too when the surge of deposits received in the last few years recedes, banks large and small will face challenges they haven’t had for some time. Consultant Bob Lallo suggests steps to take to get ready for this inevitable event.
By Robert Lallo, Darling Consulting Group

As challenging as you and your bank have found the last few years, 2012 and several years to come may prove to be some of the most challenging times in recent memory. The reason: Inevitably, the tide is going to start going out again.
When the surge retreats…
Since 2008, U.S. banks have generally seen sizeable increases in deposits. While this influx has reduced concerns about facing inadequate available liquidity, the reality is that some portion of this growth is almost certain to be temporary.

This means it will become unreliable as rates rise and economic conditions improve.

A lack of preparedness in this regard could set up many banks to feel even greater pressure than pre-2008 levels for liquidity once the economy expands and, commensurately, rates rise from the current low levels.

However, the problems associated with these “surge” deposits may expand well beyond increased liquidity risk.

For instance, earnings pressure associated with the current low-rate environment has driven banks to stretch for yields. Some have met customer demands by putting longer-duration assets on the books. If surge deposits go unmeasured or undetected, these same banks could see their margins compressed far more severely than their interest rate risk models may indicate. Surge deposits may not be as sticky or core as was once believed.

Surge deposit levels have had a pronounced effect on non-maturity deposits (NMDs--eg. checking, savings, and similar accounts). A slackened economy, low interest rates, and investor “flight to quality” concerns have combined to create this phenomenon. This is particularly true for many banks that were slow to reduce offering rates on deposits (for example, money market accounts) as rates plummeted on risk-free (credit) alternatives like Treasuries and U.S. agency bonds.

For many banks, now that these deposits are on the balance sheet and getting returns of less than 0.5%, they are finding that customers have become “numbed” to the rate environment. In fact, they are not as apt to move to another institution for a small bump. It has not been uncommon for banks, many of whom would have characterized their liquidity position as “tight” in 2008, to currently be flush with cash since NMDs have “organically” grown between 60% to 100% over the last 3 to 4 years!

To believe this growth to be reliable in light of an economy that has not been rapidly expanding would hardly seem prudent. Indeed, this seems to be a classic case of “If it seems too good to be true, it probably is.”

Even those depositors who previously seemed “famished” for higher rate have become quite apathetic, given that all options, even longer-term CDs, provide terrible returns when compared to what they became accustomed to in the years pre-dating 2008. This may continue for quite some time if the Federal Reserve forecast of not moving rates until 2014 or even later is correct, which will only serve to enhance “the illusion.”
Don’t kid yourself about “stickiness”
Some of these surge deposits will have been at banks for over six years by the time 2014 rolls around.

Many bankers feel that the longer these deposits have been at the bank, then the more they are likely core.

But when rates actually rise, can you really rely on these deposit levels to persist? If you are counting on them to be sticky and core, you may be betting the bank without even knowing it.

The influx of temporary funding is only a portion of the problem.

The relatively low level of loan demand experienced over the past year or so is likely to continue well into 2012, and perhaps years beyond. Pricing on existing loans has already become quite competitive. Narrow spreads and longer fixed-rate terms as customers desire to lock in rates at these historic low levels.

Unfortunately, this pricing, once only available to select top-grade credit customers, now seems to be spreading to the next tier down, in terms of creditworthiness, and competition for loan volumes reflects a greater desperation for higher-yielding earning assets. This pressures loan yields and, as durations extend, exposure to rising rates will grow.

Choosing not to compete at all is not a viable option, as high levels of loan payoffs and a poor investment environment, taken together, diminish profitability even further. So if loan fall-off is replaced by investments, many banks will find it difficult not to chase yield on the investment side, which will cause many to extend durations to obtain better yields in many cases.

Of course, when you consider the implications of increasing levels of long-term fixed-rate loans, increased investment durations, and having some portion of these activities being funded in part by surge-related non-maturity deposits, it should not be surprising that the combination of these factors would result in increased exposure to rising rates.

More daunting is when you consider the ramifications of these behaviors being compounded over a number of years.
Surge deposits and embedded risks
The risks associated with significant reliance on these temporary funds as if they were stable core deposits (long-term funding) include, but are not limited to, the following:

• Over-estimation of liquidity levels: Proceeds are invested in assets that are less liquid, either through investment purchases or loan originations. Thus, as the economy recovers, there is risk that loan portfolios will grow at the same time that surge-NMDs depart.

These behaviors combine to understate the overall balance-sheet exposure to rising rates as cost of funding increases more than anticipated. Furthermore, the effect of this may very well be experienced at a time when rates have already risen materially from current levels, and not precisely when rates begin to rise. Therefore the cost of insurance at the point of shift may be much higher than many would anticipate.

These risks apply to any bank balance sheet, to varying degrees, in the current environment. This environment poses a compounding threat for banks that are actually able to grow over the next couple of years.

How is such growth to be funded? If it is funded by deposits, can one be certain that the deposit growth will stay with the institution given the glut of cash that seems prevalent in this low-rate environment? Can you manage your sensitivity to rising rates if your growth is coming via term-lending?

When you consider the implications, it is almost certain that a bank in this situation would be better positioned if it adopted one or both of two strategies; First, there is some element of term wholesale funding. Second, using derivatives in some fashion to address potential risks.

The use of either tactic will require sound documentation and analysis in your ALCO, in order to have a chance to pass current regulatory bias against both--even when reality would seem to dictate that this is the safest strategy.
What to do?
There may be little that you can do to alter the future course of action for these deposits. However, early identification may prove quite useful in protecting bank liquidity positions and margins in the future:

1. Conduct internal deposit assessments. A good starting point is to establish the average balances per account across all types of nonmaturity deposits and compare today’s levels to those experienced 3-4 years ago.

This type of macro analysis helps to potentially expose, at a high level, excess liquidity from existing customers. Another helpful exercise may be to look at growth in high-balance accounts. Such depositors are typically more rate-sensitive. Compare stratifications of these accounts today against those of 3-4 years ago.

And consider augmenting the analysis with comments from branch personnel who can provide a personal knowledge and insight into customer behaviors that goes well beyond the numbers.

2.  Commission core deposit studies. To complement the internal analysis, as well as to document the projected life of the deposits being relied upon in interest rate risk models, many banks have looked to independent analysis to validate their own internal analysis of core deposits vs. parked funds. Even with good identification of “surge” deposits, some bankers realize that the stickiness of deposits is likely to be relied upon heavily this cycle considering the rate environment, its duration, and the clamoring by customers for longer-term loans.

3.  Consider conducting enhanced liquidity contingency assessments. Stress testing of liquidity has been a hot topic in regulatory circles. Until now most liquidity contingency stress tests have just focused on what happens if there is deposit run-off combined with a downgrade for asset quality and the loss of wholesale funding availability.

Given the issue regarding surge deposits, it is wise to consider adding scenarios where deposits runoff and loans are growing at more robust levels as rates rise. This will help your bank quantify the risk related to the outflow of surge deposits and what reasonable action plans should be put in place and ready for implementation as these scenarios develop.

4. Add surge deposits to stress tests. Once “surge” deposits have been identified, it is also a good idea to include them in some sort of stress tests or sensitivity analysis of the bank’s IRR position. This will go a long way toward refining the likely exposure as rates rise at a time when options are still available at reasonable cost.
Looking ahead
The inevitable outflow of the deposit surge that I have just described is likely to impact every bank to some degree.

Armed with the right knowledge about your current balance sheet position and being vigilant in the examination of your risk tolerances and insurance options is a good start toward navigating these conditions.

If your bank has come up with ideas and solutions, please share them in the comment section below.


About the author
Robert Lallo has an extensive 25-year background in community banking. Prior to joining Darling Consulting Group, he served as executive vice president and CFO for a publicly traded savings bank as well as several years as an audit manager at a worldwide public accounting firm.