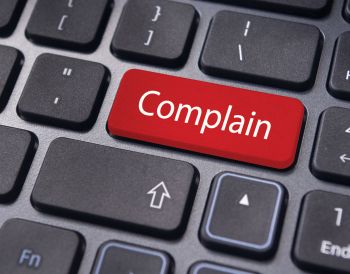 Jeff Asher had the dubious glory of being the first compliance officer to face an exam team from the Consumer Financial Protection Bureau (CFPB). One early revelation was that the bank’s concept of what a complaint management system should look like, and what the Bureau wanted to see, were different.

“We didn’t know what we didn’t know,” said Asher, senior vice-president at $13 billion-assets FirstBank Holding Company, Lakewood, Colo., of the exam in general and the complaints issue specifically.

Though traditional banking agencies have long expected to see some effort to manage and address complaints, “the Bureau has raised the bar,” Asher told listeners at a two-hour “deep dive” session at ABA’s Regulatory Compliance Conference earlier this year. The Bureau’s website encourages consumer complaints and inquiries, tracks them, and periodically issues reports.

“I never had to report statistics to a regulator before the Bureau walked in for that exam,” said Asher.

Facing demands to produce tracking records for inspection going forward made Asher look more closely at what constituted a complaint, as well. To date, he said, there is no regulatory definition of complaint. Asher said his own, pre-Bureau definition would have required that communication to be in writing in order to be an official complaint, but now he sees the need to broaden it. And he pointed out that the Bureau sees complaints as a potential indicator of UDAAP issues (Unfair, Deceptive, and Abusive Acts or Practices).

Determining what a complaint is demands a balance, Asher said. Meaningful trends can surface from a serious tracking exercise. But using too broad a definition brings much more volume into the system, and can negate the “canary in the coal mine” benefit of a complaint system.

“I don’t need a bunch of noise,” said Asher. “I need the real issues.”

When there is specificity, problems can be pinpointed. Fellow panelist Sandra Chapman, senior vice-president and compliance officer at Busey Bank, Champaign, Ill., noted that her system surfaced a single complaint about debit card fees showing up in a customer’s statement. It raised a flag because the bank typically absorbed such fees (cross-border transaction charges assessed by Visa and MasterCard). But they showed up—in some 1,200 customer accounts, investigation revealed—as the unintended result of a systems conversion.

Asher said the absence of a regulatory definition helps the industry overall, because each bank can adopt one that fits its circumstances. Given that freedom, Chapman said, “Don’t get hung up on what your definition should be. Pick one, and do it.” She gave this definition used at her $3.6 billion-assets institution: “The expression of any dissatisfaction with any of the bank’s products, services, policies, or fees; or a claim of being misled, deceived, or treated unfairly by the bank.”

Such communications can be verbal or in writing, and from both customers and non-customers. Chapman said that in developing the bank’s definition, she did not want to include service quality issues like teller rudeness. “You don’t want to get overwhelmed” when starting a program, she explained.

Maureen Carollo, senior vice-president/compliance and BSA officer of $530 million-assets NBC Oklahoma, Oklahoma City, gave her bank’s definition: “Any verbal statement (received in person or via phone) or written correspondence (received via paper or electronic means) which expresses dissatisfaction with a bank product or service.” The bank added: “Each situation should be taken seriously and documented, and not dismissed.”

Asher said FirstBank uses a very general definition: “Any verbal statement or written correspondence which expresses dissatisfaction with a bank product or service.” The bank chose to be general for a specific reason—Asher said management felt that getting too specific would bog down frontline staff in decisions regarding reporting or not. This approach leaves the sorting out to others.

A matter of gravity

That said, Asher said “not all complaints are created equal.” Only certain categories are escalated up to FirstBank’s Consumer Complaint System. These include: when the consumer specifically says they want to file a complaint; when the customer states that a bank practice or an employee was misleading; when discrimination is alleged; any time the bank’s Community Reinvestment Act performance is involved; and when the customer threatens to sue or complains through an attorney.

Asher said the bank also escalates any complaint that contains mention of a specific violation, or where the legality of a bank policy or practice is questioned. “If someone mentions ‘RESPA,’ they’ve done extra research,” said Asher.

Finally, there are the “slam dunks,” as characterized by Asher: All complaints received from a regulator or other agency. Indeed, Asher said any regulatory complaint received goes to the board’s Audit Committee as well as to his department.

But banks may want to exclude some issues from any new, centralized complaints process. NBC’s Carollo said that some banking areas already have well-established resolutions processes, including credit bureau reporting disputes.

Once a bank has its definition, a complete program requires setting up mechanisms for gathering complaints; tracking, trending, and analyzing them; and reporting them to appropriate places within the bank. Finally, action must occur. The latter can be “easier said than done,” said Asher. Root causes must be determined, such as systemic issues, cultural issues, or human issues.

Accountability here may mean someone gets fired. Asher explained that a call center employee was terminated after investigation found that a handful of complaints all centered on his bad attitude.

Proactive effort applies, because the potential routes for complaints keep growing. Asher said the Bureau even looks at comments about a bank on Google Maps—like complaints about a branch that may show up as a commentary on a pinpoint marker. Each bank must decide how wide a net to cast. One panelist said a risk-based viewpoint would likely be acceptable.

Beyond channels coming directly to the bank, social media tracking appears to be expected, as well as complaints made in person; by phone, mail, or email; and to third parties performing services or selling products on the bank’s behalf. Chapman spoke of a third-party provider whose sign-up system provoked many complaints, because customers were charged immediately but didn’t get what they’d paid for until they figured out the system. Procedures for collecting and reporting complaints should be accounted for in contracts, said Chapman.

Flexibility remains important even after complaints are defined, said Carollo, because a string of “inquiries”—not complaints—might signal that a bank’s forms, instructions, or verbal explanations from staff may not be as clear as intended.

Another issue: human nature. Speakers noted that branches, seeing themselves in competition with each other, may resist something that could take them down compared to other bank offices. Asher said this makes it important to be sure the system is “comparing apples to apples.”

Chapman said at her bank, obtaining branch-level acceptance required that “we make them comfortable that the tracking wouldn’t be used in performance measures.” After all, a complaint may arise at a given branch, but it may have to do with some central issue, such as a processing matter, or with a bankwide policy.

How the bank reports complaint trends to various parts of the company hinges on the role each recipient is going to play—and how far down management wants the recipient to be drilling into specifics.

Asher said his board-level reporting relies on bar charts tracking key complaint issues. Passing on the spreadsheets behind those charts would bog down board members. Management will want to receive the details. Frequency of reporting will be a bank-by-bank decision, for the most effective oversight.

The smaller the bank, the less likely that trending will be effective. Small banks typically have so few complaints that case-by-case summaries may be just as effective. They may be even more effective, as the volume may not produce meaningful data. For larger banks, even the Compliance department may need to rely on trending.

“I tried reading every report,” said Asher, but the size and scope of his organization made this impossible.

Ultimately, what regulators will be looking for isn’t just pretty forms or charts, but action taken in reaction to what the complaint system produces. And it is here that Compliance and other units must balance trends versus the isolated but critical “canary.”

“We rarely escalate matters beyond my desk,” said Asher of individual complaints, though a complaint could reach senior management, legal counsel, and even the board.

An important issue also may be disagreements that surface inside the bank over how to resolve complaints. Chapman said some branch and business level complaints that reach her may include resolutions she finds lacking. “I have the benefit of seeing all of our complaints,” she said, “and I understand the need for resolving them consistently. Ultimately, I have to get everyone on the same page.”

To the commiserating groans of the audience, Chapman said that more than once she’s reviewed a complaint case and wondered, “Why didn’t you just waive that small fee?”

Responses passed on by a regulator—CFPB, a prudential federal bank regulator, a state agency, or the Better Business Bureau—represent a more complicated special case. They mean at least a three-way transaction—customer, regulator, and bank. Regulatory complaints come with required timelines, typically, and are dealt with case by case.

At FirstBank, matters go to Compliance for a response or to be routed to the appropriate market president for investigation and response. Market leaders and Compliance coordinate on the response going to the regulator.

Social media: Shout out or offline?

Complaints on any social media platform represent a multi-edged issue.

When a bank maintains an official home on a social site, it has opened a door, beyond simply trolling the web for someone bad mouthing the bank. This means that any complaint conversation started must be responded to. However the response will quickly become specific and entail private information, so the conversation and resolution must be taken offline to a secure “venue.”

But Chapman said she likes to see resolutions noted, in general terms, on the services they arose on, as such publication can be a testament to service that many will observe.