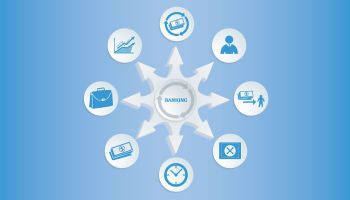 Banks are clearly looking for revenue growth, but how do they improve sales results in an increasingly multichannel world? How can they become less reliant on the branch network for revenue generation? How can digital channels become powerful customer engagement platforms? As evidenced by these questions, there are many aspects to doing multichannel right, according to Celent.

“Multichannel banking is obviously important, and many banks have made inroads towards making it a reality,” says Jacob Jegher, research director with Celent’s Banking Group and coauthor of the report, “Raising the bar in multichannel banking.”  “It’s quite common for banks to look for low-hanging fruit; that is, examples of multichannel innovation that provide value to the consumer and bang for the buck to the financial institution.”

Multichannel banking has a long way to go. Silos rule, and most banks are tackling it one channel at a time, according to Celent. There is good reason for this. Banks have plenty of room to improve in individual channels.

For example, most banks are still missing online and/or mobile features and are plowing ahead to determine the cost-to-benefit ratio of building beyond core transactional functionality.

The need to raise the bar in multichannel banking is manifest, driven by consumers’ growing use of multiple channels. In a June 2013 Celent U.S. consumer survey, for example, just two-thirds of consumers used a branch in a month, while a full third used mobile banking. Over the same period, however, nearly 80% interacted with their bank online.

“Most banks are on the path to improving user experience in individual channels and across channels,” says Bob Meara, senior analyst with Celent’s Banking Group and coauthor of the report. “This is a large exercise, but a critical one. Customers, not banks, will determine how each channel is used and for what purpose.”