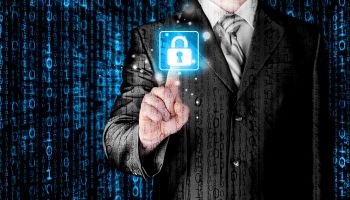 Four out of five IT professionals say they have been pressured to roll out IT projects, such as new applications, despite security concerns, says a report from Trustwave.

While eye-opening, the statistic isn't all that surprising. Thanks to a love affair with the latest bells and whistles and a race to market amid a competitive landscape, many organizations often thrust security to the backseat. According to the report, "Application developers often tell us they struggle with development timelines, and more of their compensation is tied to feature completion rather than security certification."

Here are four ways to beat back the pressure you may be under to move applications and other IT projects out the door before they are security ready:

1. Make security a boardroom issue—If the importance of data protection and risk reduction does not resonate in the boardroom and the corner offices, the culture of application development never will change. Instead of upper management viewing security as checkbox exercise, make them aware of how inviting applications are as targets and how they serve as the entry way to the company's most sensitive data.

2. Beef up security development training—This should be a prerequisite once a developer is hired and a regularly occurring practice. In fact, there are forward-thinking CISOs who fly pen testers around the world to developer sites to personally discuss vulnerabilities that have been discovered in the company's code base. Using real-life examples, as opposed to hypotheticals, resonates with staff.

3. Assess your risk—A risk assessment is an ideal way to evaluate and quantify your organization's vulnerability exposure level. Not only could it come in handy to prevent breaches, but it also can help induce support from executive management. Consider enlisting a third-party that can provide a critical and unbiased point-of-view.

4. Test them all—The fact is, no matter how well trained developers are, a vulnerable application likely will slip through the assembly line. The report found that 96% of all apps it tested—whether they are cloud, mobile, or web based—contain a vulnerability. That's why organizations must test throughout the build lifecycle, from development through production and launch. Testing can run the gamut across cloud, mobile, and web properties—and range from automated and scalable testing for large volumes of apps to in-person penetration testing of your most critical assets to a hybrid approach.