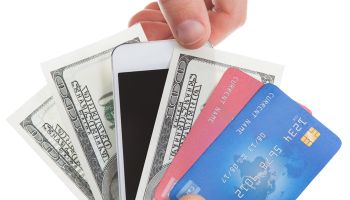 The Federal Reserve is nothing if not thorough. Its most recent payments report, drawn from three separate studies, covers the waterfront.

Among the topics covered: The intensity of card use by consumers and businesses, further discussion of previously released information on third-party payments fraud, new estimates of over-the-counter cash withdrawals and deposits at bank branches and wire transfers made by businesses and consumers, and a discussion of emerging and alternative payments likely to replace traditional payments such as cash and checks. Officially, the document is called the Federal Reserve Payments Study Detailed Report.

• The number of online bill payments reported by major processors, which included those initiated through online banking websites and directly through billers and settled over ACH, exceeded 3 billion in 2012. Secure online payments, including methods that allow users to enter personal identification numbers for debit cards into the computer or that redirect users to use an internet payment account, totaled more than 1.8 billion in 2012.

• There were more than 250 million mobile payments made using a mobile wallet application, and at least 205 million person-to-person or money transfer payments.

• As of 2012, there were 287 million consumer transaction accounts with an average value of $8,001, while 33 million business transaction accounts averaged almost $62,000. Meanwhile, there were almost 280 million consumer credit card accounts and almost 29 million business accounts. Credit card balances, which included both current spending and revolving credit, averaged $1,900 for both consumer and business accounts.

"The 2013 Federal Reserve Payments Study collected a broad cross-section of information related to complex consumer and business payments use, and the overview contained in [this] report offers a more complete picture of how the information can be used to better understand developments in the payments system," says Jim McKee, senior vice president of the Federal Reserve Bank of Atlanta, which sponsored the study. He further says that "the industry can use this data to continue serving the public interest to improve the U.S. payments system."

The study is the fifth in a series of triennial survey efforts, collecting data for 2012 and including, for the first time, a broader view of trends by incorporating some information from earlier studies. The report also provides comprehensive tables containing the various estimates produced from the data collected, detailed descriptions of estimates produced from each survey effort, the methodology used to conduct each survey and, in a few instances, revisions to data published in December.

As in previous studies, the estimates reported are based on information gathered in three survey efforts: the 2013 Depository and Financial Institutions Payments Survey (DFIPS), the 2013 Network, Processors and Issuers Payments Surveys (NPIPS), and the 2013 Check Sample Survey (CSS). The Federal Reserve partnered with McKinsey & Company and Lieberman Research Group, as its subcontractor, on the DFIPS, and with Blueflame Consulting and MH Consulting, as its subcontractor, on the NPIPS. McKinsey & Company reviewed a large random sample of images for the CSS. The information collected in each survey is combined with information about payments trends from previous studies and then analyzed and adjusted for seasonality to produce comprehensive estimates not available in other studies.