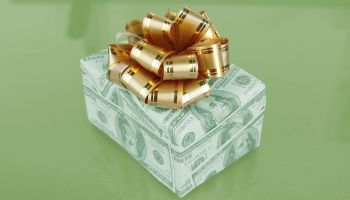 Unfortunately for bankers, standards do not remain constant, and much can change in a decade.

Reflect with me for a moment on the accepted standard for interest rate risk quantification in 1990.

The S&L crisis was winding down and it grew obvious that banks needed to do a better job managing their interest rate risk. The vast majority of banks in 1990 measured interest rate risk with simplistic “gap” reports that captured repricing risk, but did not effectively capture other types of interest rate risk (option risk, yield curve risk, or basis risk).

Instead of the S&L crisis, by 2010 we were heading out of the credit hangover of the Great Recession. Even without regulatory impetus, larger banks that had nearly failed the ultimate capitalist test (solvency) were committed to improving credit risk quantification because erroneous assumptions in this area caused losses that threatened viability.

By the time interagency stress testing guidance was issued for large banks (over $10 billion) in May 2012, the benefits of stress testing were obvious among risk professionals. And several years of mandated credit stress tests had already been performed at the largest banks using macroeconomic projections provided by the Federal Reserve for three economic scenarios (baseline, adverse, and severely adverse).

Further clarification has been provided during examinations. In June 2014, a $500 million DCG client received the following comment requiring “corrective action”:

“Management must perform portfolio-level stress tests to quantify the impact of changing economic conditions on asset quality, earnings, and capital over the short-term and long-term (at least a two-year period).”

Comments such as these provide clear evidence that the standard for credit stress testing is evolving. By 2020, we may view the incorporation of changing economic conditions into the stress testing process as routinely as we view earnings simulations today.

Preliminary research has suggested that 70% of community banks already do some form of credit stress testing. However, if “performing portfolio-level stress tests to quantify the impact of changing economic conditions” is the new standard, most are failing significantly.

Most often, we’ve observed management credit stress testing that looks at an individual bank’s worst-case experience (in a given year) and multiplies this by different factors (for example, 1x, 2x or 5x) to get alternate results.

In fact, such simplistic approaches were sometimes employed by banks over $10B prior to the new Dodd Frank Act Stress Testing (DFAST) requirements.

So, how can this be improved?

Have you ever sent a thank-you note to a regulator?

You might think about it. I believe that the annual publication of Federal Reserve scenarios (baseline, adverse, and severely adverse), particularly when combined with the history of the same macroeconomic factors back several decades, is a risk management “gift” that will soon be opened by many community bankers.

Indeed, at our firm we view the three Federal Reserve scenarios as a “safe harbor” assumption for projecting future economic conditions. While some banks may elect to project their own economic conditions, such scenarios require more support and discussion that can be avoided with the acceptance of the regulatory “gift.”

Not only accepting it, but leveraging it.

When given several decades of macroeconomic factors, many large banks have used statistical regression to identify mathematical relationships between variables and to produce predictive equations (models) that are ultimately used to estimate expected losses.

At our firm, we assist community banks in projecting expected losses using a three-step regression approach:

• Gather economic drivers: Accept the regulatory “gift” of 16 domestic variables, and this gives you those independent variables.

• Gather net chargeoffs: Use regulatory filings of all banks under $10 billion, and that produces dependent variables.

In 2014, most community banks use internal loan rating systems (numerically increasing in risk) with final categories that parallel regulatory adverse classification categories (substandard, doubtful, and loss). For example, if a community bank had an internal credit rating scale of 1-7 (where categories 5, 6, and 7 were substandard, doubtful, and loss, respectively), management would expect lower credit losses on loans rated 2 or 3 than loans rated 5 or 6.

This higher expected loss for riskier loans is analogous to credit approaches used by larger institutions, but not as mathematically precise when projecting losses.

Let’s diverge briefly to a brief discussion of “expected loss” math that may become more prevalent at community banks over the next decade.

For a particular loan, an expected loss rate (EL rate) can be quantified by considering the probability that the loan defaults (PD, probability of default) and by considering the size of the net loss after collateral coverage if default occurs (LGD, loss given default). Specifically, the EL rate can be calculated by multiplying PD x LGD. 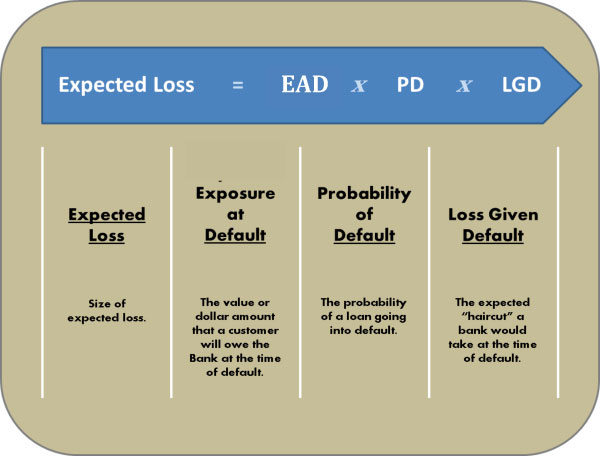 • Regulatory capital adequacy testing. Expected losses (aggregated for all portfolios) can be subtracted from starting capital in each of the three Federal Reserve scenarios (baseline, adverse, and severely adverse) to see if capital is adequate to absorb potential credit losses and remain above regulatory “well-capitalized” levels.

• Jointly managing credit and rate risk. If using an asset-liability management (ALM) system to implement expected credit losses, the interest rate information provided by the Federal Reserve for each scenario can be used to more seamlessly integrate financial risks (interest rate risk) and provide attribution analysis (identify how much is due to interest rate risk and how much due to credit risk).

• Recovery planning. The magnitude of credit losses can provide helpful information regarding any planned reverse stress testing (which notably is not yet performed or expected at even the largest U.S. banks), which is useful to create recovery playbooks should your organization unexpectedly drop below well-capitalized levels.

Most community (and mid-sized) banks do not employ staff economists. So why not improve your budgeting process by considering the Federal Reserve’s annual baseline scenario—a tool that represents consensus economic opinions of private sector economists?

Note this: So far in 2014, this baseline economic projection (provided in November 2013) has been reasonably consistent with how the economy is actually unfolding.

For those institutions that prepare three-year strategic plans, all three scenario “gifts” can be considered, including expected loss projections for each scenario.

Finally, a similar methodology of projecting expected losses can be used for potential acquisition targets to properly estimate losses under different economic situations.