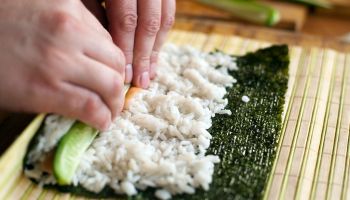 The first bank in a roll-up strategy is the hardest to find. Now, all that Ford Financial Fund II and renowned bank investor Gerald Ford need to begin a consolidation strategy in California and Nevada is the next target.

Kicking the tires at Mechanics

Richmond, Calif.-based Mechanics Bank will serve as the platform for Ford Financial Fund II's acquisition strategy, hopefully growing a franchise that will eventually become ripe for a sale at a healthy premium—a strategy the investor has used before to great success. Management believes the bank can grow throughout California and Nevada and will be on the search for deals as soon as it receives regulatory approval.

Ford Financial followed Mechanics for some time but was invited in several months ago to take a closer look at the bank. The fund, which has $755 million in commitments, announced Sept. 25 that it entered into an agreement to conduct a tender offer to acquire a majority of Mechanics Bank's outstanding common stock. Ford is also the chairman of Dallas-based Hilltop Holdings Inc., which bought PlainsCapital Corp. in 2012. In 2010, his Ford Financial Fund LP recapitalized Santa Barbara, Calif.-based Pacific Capital Bancorp and sold it less than two years later.

The fund was drawn to the bank's size and prominence in the Bay Area, but Mechanics Bank was a departure from Ford's previous investments in its lack of asset quality issues. The acquisition is the first step that the fund needs to begin its western roll-up, and is apparently the most difficult, fund co-manager Carl Webb explained.

"It's very hard to buy your first one—it becomes successively easier because you have the benefit of consolidation, cost saves and the economies of a larger organization," he said. "When we did our diligence, it certainly proved out that it did have that characteristic of being a great franchise and one that did not have trouble. It's one that we think will fit very well as an acquisition platform."

Building on the deal

At $3.3 billion in assets, Mechanics' size offered an ideal combination of internal complexity and scale for future deals while being a "very good solution" for banks that are between $1 billion and $5 billion, Webb said. And Ford Financial already has shared its "fairly robust" list of potential acquisitions with Mechanics' management and board, with potential targets extending beyond the Bay Area into California and Nevada, he said.

The deal structure includes a tender offer that seeks an ownership minimum of 51% and is capped at 65%, which allows some of the family shareholders a liquidity event to cash out, while permitting others to stay on board.

Webb said the offer highlighted the flexibility of the fund and made the deal a good fit for both parties. He said pricing for the deal was "fair and reasonable," reflecting the market price of Mechanics and its clean, strong balance sheet. The bank did not return requests for comment.

Webb declined to speculate or specify pricing expectations in future deals, saying that the fund will consider offers they believe are attractive either as a partner for Mechanics or to establish other investments.

Ford is a "legendary investor" who has had "stunning achievements" in California, and there are many acquisition opportunities in the Bay Area, said David Olson, lead banker for the seller and chairman and CEO of River Branch Holdings.

"They have a history of adding resources to the California targets they choose. They're good at acquiring other banks … and they will build a California institution off of Mechanics, and keep the management and the board in place," he said. "For Mechanics, it's quite a combination of features—they can continue to do their thing."

Tender offer acceptance and regulatory approval is expected for the first quarter of 2015, and Webb said Mechanics under Ford Financial could begin "playing offense immediately."