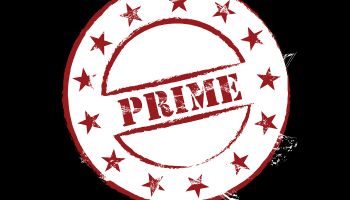 That was the message that IBERIABANK Corp. delivered when discussing its latest acquisition in Florida, and other advisers in the South agreed with the active acquirer's assessment of the M&A market.

Heading over to the grill

IBERIABANK certainly has not been a stranger to bank M&A, but the company's executives insinuated that a shift in the market has occurred, with more "higher-quality" banks pursuing sales.

"I do think there are more opportunities now that really are fitting what we're looking for," John Davis, senior executive vice-president and director of financial strategy at IBERIABANK, said during a call to discuss the Old Florida deal.

President and CEO Daryl Byrd added on the call, "We look at a lot of different transactions and many times we're outbid or they just don't work out, so I think the main thing is we're seeing much higher-quality opportunities and we'll see where that takes us."

Analysts reviewing IBERIABANK's latest deal noted that it did not acquire Old Florida on the cheap, but they recognized the strategic merits of the transaction.

Raymond James analyst Michael Rose noted that the Old Florida deal is a bit pricey but said the transaction offers strategic value by providing an entry into the Orlando market, supporting the company's efforts to grow its Florida footprint. He also noted that the acquisition will bring niche platforms in SBA 504 lending and equipment financing across the Southeast.

Keefe Bruyette & Woods analyst Catherine Mealor struck a similar chord. She said that although the Old Florida acquisition is more expensive than the other deals the company has inked in 2014, she believes the "C&I/CRE focused high quality franchise" represents a good fit into the company's push in Florida and complements the Florida Bank Group acquisition.

What makes for a prime deal now?

Smith MacKinnon PA attorney Jack Greeley, who represented the seller in IBERIABANK's last two acquisitions, said that Old Florida is an "excellent," "very well-run" organization with a "great" group of bankers. He also noted that many other recent deals in Florida have involved higher-quality targets than in years past.

"If you look at the common denominators here, these are very good banks and they have strong management teams that have been banking their market areas for many years and they have weathered the recession. For banks like them, you look at them, it's never an accident when a bank is so good like that after going through the economic recession," Greeley told SNL.

Sellers across the country have improved the strength of their balance sheets, but targets in the Southeast have also improved their profitability profiles. The median price-to-tangible book value on all U.S. bank deals in 2014 has risen to 134.9% from 124.8% last year, but targets' median ROAE has actually declined to 4.93% from 5.42% in 2013. Those targets' median nonperforming asset ratio has also fallen, though, to 1.48% from 1.78% a year earlier, according to SNL data.

While the improvement in the credit quality and profitability of targets in the Southeast is evident, IBERIABANK's perception of targets today compared to a few years ago could be colored by past experience, according to Paula Johannsen, managing director in the Tampa office of Monroe Financial Partners.

Johannsen told SNL that IBERIABANK probably looked at many targets with credit quality issues in years past because it was an active acquirer of failed banks and many people likely assumed that it had a tolerance for buying bad assets. In its failed bank deals, however, the company took on problem assets often at a sizable discount and with the protection of a loss-share agreement with the FDIC, she said.

Still, credit quality is no longer the dominant factor driving deal discussions, Greeley said, as property values have rebounded and buyers have greater confidence in the economy.

Now, Greeley said that the challenging earning asset and net interest margin environment are strongly influencing many deals. Many banks, even high-quality institutions, are considering those operating headwinds against the backdrop of new regulatory environment that could cause expenses to increase at a faster rate than income.

Given those challenges, some banks are deciding that a liquidity event could represent the best course of action for their shareholders, Greeley said.

Greeley said some well-run banks were not even considering a sale, but a buyer approached them and made an attractive offer. In the end, they decided that selling would create the best value for shareholders.

"I think it was a very thoughtful approach by these boards to step back and say, 'Okay while we didn't necessarily plan on a sale at this point in time, there is an offer on our doorstep that is very attractive. Now let's step back and say if you're not getting that offer, what would our shareholders be getting in the near future. If we present value it back, how does it compare with this offer understanding that we're taking operational risk in that process,'" Greeley said.

Johannsen said that many smaller banks would be wise to run a similar process. The longer banks continue to operate in the low interest rate environment and face persistent margin pressure, the more institutions will find that profitability challenges that are unlikely to ease, she said.

Johannsen said that many bank boards might think they could sell for a higher number five years down the road, but the present value of that potential offer could equal what is available to them now, not to mention the execution risk that comes with remaining independent. She and Greeley encouraged potential sellers to be realistic about their current situation and not necessarily push for a higher offer because buyers are still showing discipline when pursuing deals.

"If it's a good transaction and you feel strongly about it, don't push for last dime because you may not get it. People will walk away; they are disciplined," said Johannsen.