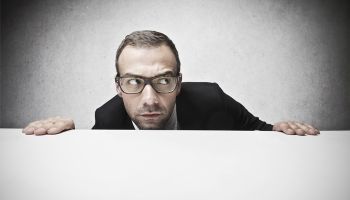 With the increasing prevalence of online-only banks and the option of completing most transactions via the internet at any institution, Americans have more choices than ever when it comes to selecting a financial provider and deciding how to conduct their monetary transactions.

But just how much trust do Americans have in these institutions?

Half of American adults (50%) say their trust in banks has declined over the past few years, according to a new Harris poll.

The only consolation in this finding is that banks are not alone. Harris found that trust in other financial institutions, including Wall Street and mortgage lenders, shows declines as well (a 57% “less trust” finding for each).

However, only 18% of Americans say the same about credit unions. Nearly half (49%) state their trust in credit unions has remained consistent over the past few years. (See the later point about trust in community banks.)

What’s behind the findings

Personal experience is particularly important for older generations. Mature Americans, Baby Boomers, and Gen Xers are all more likely than Millennials to say this factor has a great deal of influence on their trust (75%, 71%, and 69% vs. 56%, respectively).

At the bottom of this list, only one-fourth of Americans consider an institution's role in the community (24%) to be greatly influential, with even fewer greatly influenced by what they've read about them on social media (12%).

While still small percentages, both Millennials and Gen Xers are more likely to state social media has a great deal of influence on their level of trust (15% and 14%, respectively), compared with only 9% of Baby Boomers and 7% of Matures.

Survey results suggest a financial institution's sphere of influence might inversely relate to Americans' trust in it, with a narrower area of influence correlating to a higher amount of trust. Local credit unions and local/community banks are the most trusted institutions, with over three-quarters of Americans having some or a great deal of trust in them (77% and 76%, respectively). Local branches of regional banks come in third, with 70% having at least some trust in them.

Local credit unions are more trusted by Matures and Baby Boomers (85% and 83%, respectively), than by Gen Xers and Millennials (76% & 69%, respectively).

Big national banks rank second to last, having the trust of only 50% of Americans. Meanwhile, 42% state they have no trust at all or very little trust in these institutions. However, a slightly larger percent (61%) trust local branches of these banks.

How online only banks rank

Online-only banks are seen as the least trustworthy, with only 39% of Americans having at least some trust and 47% having no or very little trust in them.

Younger generations (42% of both Millennials and Gen Xers) are more likely to trust online-only banks, compared with just 30% of Matures.

There is also a regional divide. Those in the East and West are more likely to trust these institutions, compared with adults in both the Midwest and South (46% East, 44% West vs. 36% Midwest, 33% South).

Despite big national banks being among the least trustworthy institutions, they retain the highest percentage of customers, with 45% of Americans stating they are a customer of one of these institutions.

How people prefer to bank

How Americans choose to conduct their financial transactions is largely dependent on the transaction type. When making a check or cash deposit, an in-person experience with a bank teller is the preferred method (49% and 54%, respectively). ATMs are favored by 58% of adults for cash withdrawals. An online experience through an automated portal is preferred by 56% of Americans when making a transfer between accounts.

Interestingly, most Americans prefer to phone it in when it comes to the rest of the financial transactions tested. For requesting a credit line increase, disputing a charge, cancelling a check, requesting a new card, and reporting a lost or stolen card, speaking on the phone with a live person is the preferred method by the highest percentage of Americans (20%, 36%, 29%, 28%, and 46%, respectively).

Americans living in a rural location are less likely to be customers of big national banks, compared to those living in other locales (30% rural vs. 49% suburban & 52% urban).