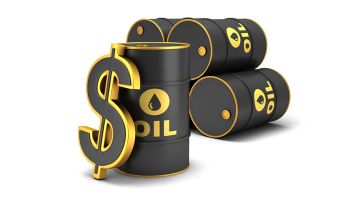 Shares of Houston-based Green Bancorp Inc. have the highest implied upside in the U.S. banking sector, according to an SNL analysis of mean analyst price targets.

SNL ranked the top 25 U.S. banks and thrifts by implied stock appreciation, based on stock prices and mean analyst targets as of Dec. 3. To be included in the analysis, a minimum of four FactSet analyst price targets were required for each stock. 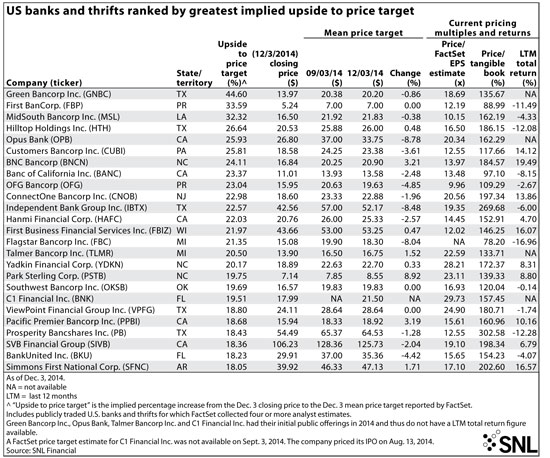 Green Bancorp shares closed at $13.97 on Dec. 3, compared to the mean price target of $20.20 collected from FactSet. Based on analyst price targets, the stock would need to climb nearly 45% to achieve its full upside. The Dec. 3 closing price marked a 3.66% decline from the prior day of trading. The stock price was also down from Green Bancorp's IPO price of $15 per share on its first day of trading Aug. 8. 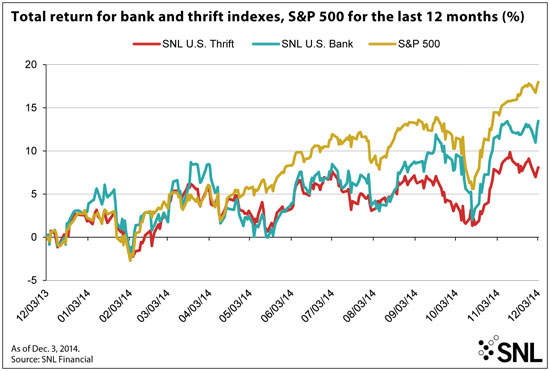 This was higher than some had previously thought. Keefe Bruyette & Woods analyst Brady Gailey, for example, wrote in a Dec. 3 report that he had previously believed the bank's exposure to energy to be about 10% of loans, as opposed to 19%, based on commentary from the bank's third-quarter earnings call.

Nonetheless, Gailey maintained his "outperform" rating, EPS estimates and $20 price target on the stock after speaking to management. "With the outsized drop in oil prices recently and [Green Bancorp's] now greater than previously thought exposure to energy/oil, our call has more embedded risk. We believe the near-term risk is mostly on slowing loan growth, which could reduce future earnings and possible reduce [Green Bancorp's] earnings multiple on the lower growth rate," the analyst wrote, adding that recent weakness in the bank's shares is likely "overdone."

"For now, we're leaving EPS unchanged and will continue to monitor these impacts on [Green Bancorp] and all the other Texas names," Gailey wrote.

Many of the banks in SNL's analysis had strong ties to the energy and oil industries. Many have seen share prices fall more than usual in recent weeks, helping lead to some large implied upside values. The spot price of one barrel of West Texas Intermediate oil fell to below $69 on Dec. 1 from more than $95 at the beginning of 2014, according to information from the U.S. Energy Information Administration.

First BanCorp., which had the highest implied upside the last time SNL conducted this analysis in early August, said that it stands to directly gain from the trend of falling oil prices. President and CEO Aurelio Alemán-Bermudez stated during the bank's third-quarter earnings call that "the trend of the cost of oil is positive for Puerto Rico and it's positive for [the Puerto Rico Electric Power Authority]."

First BanCorp. said in its most recent 10-Q filing that Puerto Rico's economy "is highly sensitive to global oil prices since the island does not have a significant mass transit system available to the public and most of its electricity is powered by oil, making it highly vulnerable to fluctuations in oil prices."

The filing subsequently stated that a bill "recently approved by the Senate proposes the creation of a regulatory agency that will approve or reject energy rates for all energy producers in Puerto Rico and would be responsible for opening Puerto Rico's energy market to competition."

The bank said this is one of two proposals intended to substantially reduce Puerto Rico's energy costs.

Energy and the southern tier

MidSouth Bancorp's top executive suggested in a recent interview with SNL that fears about the drop in oil prices are overblown.

"There is no panic in Louisiana and Texas today," MidSouth President, CEO and COO Clive "Rusty" Cloutier said.

Bank and thrift stocks have generally underperformed broader markets for much of the past 12 months. Since early November, the S&P 500, the SNL U.S. Bank Index and the SNL U.S. Thrift Index have trended in the same direction, with the S&P 500 continuing to outperform the two banking indexes.