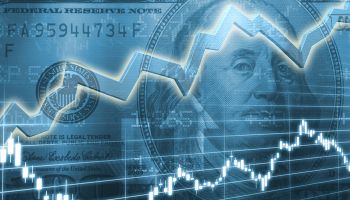 The Securities and Exchange Commission finally did it. It changed the rules governing money market mutual funds. And the financial world will never be the same.

But is it really that big a change? Here we are, nearly six months after SEC enacted changes to the rules governing MMMFs, and it doesn’t appear that much has happened.

It’s not because the changes weren’t potentially industry altering.

On July 23, 2014, the SEC announced changes to the rules governing “prime” money funds, requiring that these funds float their values instead of maintaining a stable $1 per share net asset value (NAV).

The new rules also enable funds to impose liquidity fees of up to 2% and lower gates to help prevent investor redemptions if weekly liquid assets fall below 30%. Both parts of the new rules have a two-year implementation timeline and are scheduled to take effect mid-2016. [View a special SEC resources page on this issue.]

The changes were made for the purpose of reducing investor risk from potential runs on funds that could cause share values to fall below $1, or “break the buck.” Notably, the Reserve Primary Fund broke the buck during the financial crisis of 2008 as a result of its exposure to Lehman Brothers debt securities. The new rules only apply to institutional funds. Retail funds are exempt.

The subdued response to date from institutional investors may not reflect passivity as much as the calm before the storm. The two-year timeline that SEC specified for implementation means that many investors haven’t taken action yet. But that doesn’t mean investors haven’t been thinking about how the changes affect them and their cash management options.

In the 2014 Liquidity Survey from the Association for Financial Professionals (AFP), 50% of respondents indicated that any change to MMMF regulation that required prime funds to operate with a floating NAV would cause them to move some or all of their money out of these funds. Only 28% of respondents indicated that reform would have no significant impact on their investments in prime MMFs.

This could translate into a significant opportunity for banks, which are well-positioned to respond to the increase in volatility of MMFs and the ongoing investor demand for safety. It’s an opportunity for banks to increase their share of these types of funds and to make these deposits more profitable.

Here are three ways that MMF reform could benefit banks:

1. Institutional depositors will be evaluating their investment strategies.

There is an array of options for institutional investors when it comes to managing their cash deposits. Once a strategy is institutionalized, it’s a lot of work to go back and evaluate new options.

In fact, for many institutional investors, investment practices are written into policies, further increasing the difficulty in reevaluating current investment strategies. This structure often leads investors to live by the idiom, “If it’s not broke, don’t fix it.”

However, the SEC rule change effectively “breaks” the investment policies for many institutional investors. This triggers reevaluation of their investment practices. This opens a window of opportunity for banks.

The MMMF rule change will require institutions of all types to update their policies over the next two years. In that time, they will be considering a range of alternatives. This means that at least some percentage of the trillions of dollars currently living in money market mutual funds is up for negotiation

And a good portion of that is likely to move into banks.

Banks are a trusted resource for institutional depositors and, even before MMF reform, have played a central role in institutional investment strategies. According to the 2014 AFP Liquidity Survey, 52% of all corporate cash remains with banks, a record percentage in the history of the survey, and bank deposits are the most widely cited permissible investment vehicle.

The same AFP Liquidity Survey cited above also reported that 28% of depositors expect to move money into government MMMFs or bank products for the sake of stability. And that’s before we get into a conversation about banks actually competing for these deposits.

Which brings us to…

Not all institutional investors will be hit by MMF reform. Institutions that historically have had a greater tolerance for risk and variance in their short-term investments won’t see much of a shift in their practices.

But many other institutional investors—particularly public unit depositors—will face the prospect of a diminished range of short-term investment options. Most public entities, for example, are governed by rules that require a guarantee of principal on any deposit, and many of these public organizations currently keep deposits in local government investment pools (LGIPs), which will likely be impacted by the MMMF reform.

With changes in MMMF reform, public entities will likely either move deposits out of LGIPs or the LGIPs will have to adjust their investment practices to invest solely in government-backed investments, such as treasuries or agency notes, which would likely significantly reduce the yield on these instruments. Some shift in LGIP investment practices has already started to occur in anticipation of the changes in MMF rules, as we have seen the yields on many of the LGIPs drop significantly in the last couple of years.

Again, bank deposits end up looking like an attractive option for many investors, and with fewer investment options offering security on cash deposits, banks should be able to draw in safety-conscious institutional depositors. With the lure of the higher yields paid by LGIPs gone or severely reduced, much of this money will migrate back to its traditional home: community banks.

Banks should be aware of the potential impact of MMMF reform on customer interest rates. As MMMF reform rules go into effect, many institutional depositors are going to be moving their funds to investment options that offer stability, and they will expect to pay for this safety.

For banks, this change in expectations could mean that entire customer classes become more profitable. The true safety-conscious customers will be comparing bank rates against government MMMFs, likely an easy win for banks.

This could hardly come at a better time for banks, many of which expect interest rates to begin to increase sometime in 2015. The exact impact that a flood of institutional deposits could have on customer rates is still uncertain, but for reasons stated, it could have a moderating influence on deposit rates.

Although we’re still more than 18 months away from the deadline, now may be a good time for banks to begin reaching out to institutional depositors to support them during this transition. Banks have a chance to bring sunlight to break up the fog that has gathered around this latest change. Banks bring a straightforward approach to protecting funds—depositors view FDIC insurance as one of the most secure ways to protect deposits—and banks have options available to provide protection on even large-dollar deposits.

Right now, banks have a chance to be white knights for investors facing an uncertain future, which could be a boon for banks and their customers. Banks should not wait until another hero comes along.