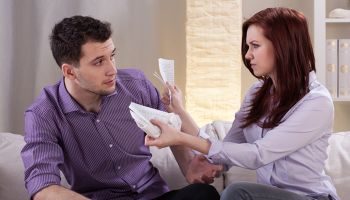 Have you ever spent over $500 without intending to tell your spouse?

Have you ever maintained an active credit card or loan—or even multiple credit relationships—that you kept to yourself?

Or have you ever discovered that you were the one who didn’t know what was going on?

If so, and whichever side of it, you are not alone.

CreditCards.com recently had Princeton Research Associates conduct a random surveyof 843 adults currently living with a spouse, partner, or significant other, and found significant patterns and various degrees of “financial infidelity”—and differing levels of concern on the part of the “cheated.”

Among the survey’s findings:

• 1 out of 5 Americans in a relationship have spent $500 or more without telling their partner.

Extrapolating from their sample, the website’s officials suggest this means about 7 million Americans in relationships hide spending of that size.

• About 6% of Americans in a relationship have gone further, hiding checking or savings accounts or opening and using secret credit card accounts.

• Men appear to be more secretive.

“Men are more likely than women to have secret credit cards or bank accounts and to spend big money without telling their partners,” according to the survey report.  “Eight percent of men admitted to having had secret accounts, compared to five percent of women.”

One out of five surveyed between 18-29 have made $500+ purchases without telling their partner, versus 15% of those age 65 and up. Similarly, 7% in the younger group hold secret accounts, while 4% in the older group do.

The survey found that 31% of men and 18% of women said they would be OK with spending over $500+ that was kept from them. However, nearly one in three felt that their partners should tell them whenever they spend more than $100.