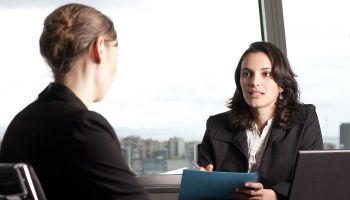 Closing loan transactions quickly and efficiently is critical. It saves time that can be used to close more deals, reduces deal costs, and enhances the relationship between the lender and borrower. All of which makes the lender more valuable to bank.

1. Obtain thorough information about the borrower.

The lender must learn everything relevant about the borrower, diving deeper than just knowing the borrower’s business, management, and financials.

The earlier the lender can learn about these things the better, because the information obtained will identify important issues and risks that need to be addressed.

For example, if it turns out that a significant portion of the business is conducted by a subsidiary of the proposed borrower, then it may be necessary to add the subsidiary as a co-borrower. Learning of this at the end of the documentation process can lead to delay of the closing while waiting for organizational documents, lien searches, etc.

Failing to identify critical issues early on is not only disruptive to the closing process and inefficient, but can be frustrating to the borrower, which will have a negative effect on the lender-borrower relationship.

2. Set clear expectations, and do it early.

The lender needs to engage in conversations with the borrower at the beginning of the deal to set clear expectations about the process, deliverables, timing, and cost of the transaction.

One key point to cover is the importance of managing the borrower’s counsel. One of the most common problems leading to a slow, inefficient, and frustrating closing process is a borrower’s counsel who unnecessarily drags out the negotiations process by making an unreasonable number of comments on the loan documents. Counsel may also unreasonably refuse to compromise on loan issues.

Such friction can often be eliminated, or at least minimized, if the borrower communicates regularly with its counsel to ensure the borrower is involved in the process of evaluating the issues and determining the appropriate responses. It is not unusual for a borrower’s counsel to negotiate points that are not relevant to the specific borrower in a deal. One example: Adding comments about inventory when the borrower is in a service industry—and will never have any inventory.

3. Stay actively engaged throughout the process.

A common cause of slow and inefficient closings is the failure of the lender to remain actively in touch with the borrower and the lender’s counsel during the documentation, negotiation, and closing process.

A balance must be struck between staying actively engaged and becoming a nuisance. But it is imperative to keep the process moving. The lender’s counsel will be engaging with borrower’s counsel in parallel with the lender’s engagement with the borrower.

However, remember that the lender is the one with a direct line of communication to the borrower. And the borrower can resolve business points and exert pressure on its counsel to move legal negotiations along. So, the lender needs to maintain an active role in communicating with the borrower throughout the process.

4. Ask the borrower for the reasons behind the requested changes to the loan documents.

One of the most important questions to remember during negotiations: When a borrower requests a change, ask why.

Typically this arises when a borrower or counsel makes a request that the lender does not want to accept, but where the reason for the borrower’s request is not entirely clear. Don’t just give a knee-jerk “no.”

Simply asking for a reason can often lead to a quick and mutually agreeable resolution, rather than an unnecessary stalemate and frustration on both sides.

An example: The borrower asks for the ability to transfer large dollar amounts to a subsidiary. The querying lender may learn that this is a typical arms’ length transfer pricing arrangement that is acceptable to the lender—with the proper wording.

Even when questions are asked, the lender may not agree to the borrower’s desire. Being willing to say “no” is critical, once the request is understood and options weighed.

Often, there’s no point to postponing the “no.” Many lenders feel pressure to find a compromise on every issue, are non-committal, allow the borrower to repeatedly raise the same comment, or try to defer the conversation to a later time. This despite the lender’s knowing that the answer will almost surely turn out to be “no,” no matter what.

Saying “no” in a definitive and assertive manner, without being disrespectful or argumentative, and explaining why, gets the issue out of the way and allows negotiations to move forward.

6. Utilize your own counsel.

A lender’s counsel can be a tremendous resource for the bank during the entire loan transaction process, from the drafting of the term sheet through the closing. Use your counsel’s knowledge, expertise, and experience. The best counsel will be able to explain the issues to you, tell you your options, and provide recommendations and the reasoning behind them.

This can be particularly useful in connection with structuring a loan facility, evaluating the borrower’s comments, and handling any other issues that arise during the deal.

While each transaction is unique and each lender has his or her own style, the steps set forth above allow lenders to close deals faster and more efficiently. Some of these steps require a little extra effort, but in the end these steps save time—and money—and start the lender-borrower relationship off on the right foot.

David Lawson is Chair of the Commercial Lending Practice Group at VLP Law Group. Lawson represents financial institutions in a wide range of financing transactions, including structuring, preparing, and negotiating loan documents in connection with secured and unsecured credit facilities; loan workouts; and restructurings. He has represented financial institutions lending to high-tech companies, life science companies, and borrowers in a wide array of other industries. He can be reached at [email protected]