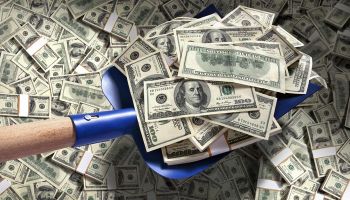 The use of general purpose reloadable prepaid cards is on the rise among consumers, particularly among those termed “unbanked,” according to a report by the Pew Charitable Trusts.

General purpose reloadable (GPR) prepaid cards, also called GPR prepaid accounts, allow consumers to load funds via direct deposit or with cash. The cards can be used to withdraw funds from ATMs or to make debit purchases at retail outlets. Today, about 23 million adults use prepaid cards regularly, according to the Pew organization.

Cards stand in for checking accounts

The Trust’s report was based on a nationally representative phone survey of adults who use GPR prepaid cards at least once a month. Researchers examined consumers’ knowledge, attitudes, and perceptions based on whether they have a checking account.

“Our data show that the unbanked use their prepaid cards like checking accounts, reloading them more frequently and registering them more often,” says Susan Weinstock, director of Pew’s consumer banking project. “In contrast, people with bank accounts use the cards more like an ancillary financial product in that they load funds on a card, spend it down, and then buy another one.”

A bit of advice form Weinstock: “When a prepaid card is someone’s only transaction account, it is especially important to ensure that the card is safe and comes with uniform protections against theft, loss, and deception.”

The report’s key findings include:

• Prepaid card use grows more common. Use jumped more than 50% between 2012 and 2014, driven primarily by increased adoption among consumers with bank accounts. Many of them purchased their prepaid cards at a bank or credit union.

These individuals tend to have higher incomes and are more demographically similar to the general U.S. population than are unbanked prepaid card users.

• Prepaid cards are often used as a budgeting tool. Consumers—especially the unbanked—use the cards to help control spending, stay out of debt, and avoid overdraft fees.

• Most prepaid card users do not want the option to overdraw their accounts. Many cardholders use their cards to control their spending in part by not having the ability to exceed their balances. They do, on the other hand, want features such as saving and budgeting tools built into their accounts.

• Many prepaid cardholders who are covered by liability protections do not know it. Such safeguards minimize or eliminate a cardholder’s liability for unauthorized use if a card is lost or stolen—but only if the card is registered and the problem is reported in a timely manner.

Unbanked prepaid cardholders tend to be less knowledgeable about this protection than those who also have bank accounts.

Currently, GPR prepaid cards are not required to have the same level of protection as traditional bank accounts, such as FDIC insurance, liability coverage for unauthorized transactions, and restrictions on overdrafts.