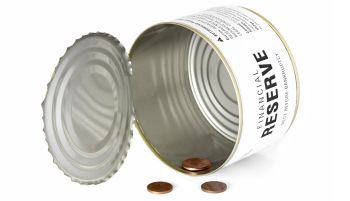 Bank advocates are hoping that late-stage reviews of a contentious accounting proposal will convince rulemakers to modify a plan that would require lenders to absorb in advance potential losses on loans—a shift that could cut into earnings-generated capital.

The proposal from the Financial Accounting Standards Board, the body that sets U.S. accounting rules, would require banks to move away from their current "incurred loss" model to an "expected loss" model.

Rather than set aside reserves for losses when a loan deteriorates or shows warning signs of doing so, as banks do now, under the proposal they would predict all losses for the expected life of loans at origination and would immediately boost reserves accordingly.

The change would, FASB's thinking goes, bring forward likely credit costs and give investors an earlier and clearer read on the health of banks' lending operations. The rulemaker has pointed to the 2008 financial crisis and said it exposed the current incurred-loss model's flaws.

Specifically, because banks were not looking far enough ahead, the argument goes, their reserve levels were too light in the run-up to the crisis; as a result, when the economy soured and the financial sector was rattled, banks had to hurriedly fortify their reserves. This led to deep losses in many cases—for banks and their investors.

John Pappas, FASB's senior manager for constituent communications, told SNL this week [in early July] that staffers are currently drafting the final rule and expect to have it finished and ready to disseminate by the end of this year. It would likely take effect at a later date. As part of the final draft process, Pappas said, FASB could seek an external review of its guidance "to ensure that all the T's have been crossed and the I's dotted." But he said substantial changes are unlikely.

Bank advocates, however, are still hopeful that FASB will back off, saying a pure expected-loss model essentially sets banks up to fail and sets investors up for disappointment. The proposed approach would require banks to guess what the future holds and ramp up reserves based on that guesswork.

They say loan quality is largely dependent on economic conditions and economic forecasts can be useful, of course—up to a point. Banks can look at economists' forecasts to anticipate conditions in coming months or quarters, they say, but when looking out over the life of a 10-year loan, for example, reliance on such forecasts becomes nonsensical.

What bankers say is wrong about proposal

Michael Gullette, vice-president of accounting and financial management at the American Bankers Association, pointed out that long-term economic forecasts are rarely reliable, given that even the best economists cannot predict the unpredictable —natural disasters, for instance—or often even peg the timing of major downshifts in the economy. He said FASB need look no further back than the bursting of the Internet bubble in the early 2000s or the collapse of the national housing market last decade.

Gullette pointed to the Congressional Budget Office's 2015 update on its own economic forecasting record. It showed that economists at the CBO, the administration of the President and in the private sector are rarely dead-on with their forecasts and often are well off the mark—when looking out just two years.

Among other telling examples, the CBO said the projected two-year average growth rate of economic output by all three groups' forecasts deviated from the actual growth rate by about 1.5 percentage points between 1982 and 2012.

The CBO report shows that "the forecasters are often wrong on the economy by a lot and really can't tell at all when a recession is coming," Gullette said.

Gullette noted, for example, that forecasters collectively predicted growth of greater than 4% for 2007 and 2008, when "there actually was little or no growth" during that period. As such, he said, it is hard to see how FASB's proposed change, had it been in place prior to the crisis, could have positively impacted loan-loss reserves.

"Expert forecasts of the future would have likely under-forecasted loan losses by a large amount," he said.

And now, Gullette said, FASB would "require banks to do forecasts even past two years."

No crystal balls in the house

Ken Mayland, president of ClearView Economics and a veteran independent forecaster who works with banks, holds a view similar to Gullette's.

"I'm an economist and I'm chuckling about this idea because we know how good most predictions were back in 2007," Mayland told SNL. "And now they essentially want banks to use these forecasts to predict future losses? I find that somewhat comical."

According to Mayland, FASB's proposed model fails to account for the fact that the economy inevitably surprises all of its participants and those who analyze it, including economists and banks.

"Things can go off the rails quickly," he said.

"That kind of model makes for a lot of wishful thinking," Mayland added. "I'm all too willing to admit the pitfalls of forecasting."

Mayland also pointed out that significant conflict-of-interest issues could arise under the FASB proposal. He said, for instance, that banks' in-house forecasters could find themselves compromised, under pressure to adjust their projections and make them look more favorable to help their employers avoid having to recognize costly loan losses.

5 times the work for 10% improvement?

So, in the end, banks could be left figuring out some combination using economic forecasts and long-term historical loan-loss averages. But, as Gullette of the American Bankers Association put it, that would "bring on very complicated audit issues" and likely lead to "five times more work to reach a loss figure that is maybe 10% better." Historical losses, while perhaps helpful, are hardly a panacea because they do not account for large differences at various points in economic cycles, he said.

That is why Gullette and others in bankland are hoping that during FASB's final-rule drafting process that FASB does indeed go through with an additional external review, one that takes into account bankers' input on the potentially fatal flaws of the proposal.

Gullette said the hope is that FASB backs off on the life-of-the-loan piece of its proposal. It could still require banks to absorb an upfront hit in anticipation of loan losses, but this could be based on an initial phase of the loan's life as opposed to its entirety. This would allow FASB to keep intact the essence of its proposed rule without heaping upon banks unrealistic and exceedingly costly work, according to Gullette.

"I think that is reasonable," he said.