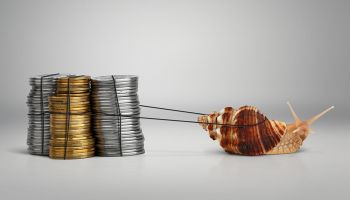 The answer, according to a study by Javelin, is complicated. Yet it can be boiled down to one objective:

Such a system needs to be done right the first time, in an exceedingly difficult environment.

“The United States has taken its time to move to faster payments. It has allowed us to learn lessons on what has worked well and what did not work well in other countries’ deployments,” said Michael Moeser, director of payments, Javelin, during a recent webinar sponsored by Early Warning, an entity owned by seven large U.S. banks that provides data exchange services.

What is it, really?

• An immediate risk decision providing confirmation either of completion or rejection.

Japan, for example, was the first country to launch an extremely fast payment system in 1973—the Zengin System— but that is available only during business hours. Switzerland launched a 24/7/365 system in 2008, and now 12 other countries have followed suit. More than a dozen, including the U.S., have systems in development.

“There is a lot of interest from a global perspective, and the United States is clearly on the roadmap,” said Moeser. “The question is when, not if,” Moeser said.

That question, though, leads to the original question about why this country isn’t further along. Progress has been made, Moeser said, particularly in defining what hits and misses other countries have experienced so far.

• Widespread market coverage—A faster payment system needs to cover the majority of consumers and their banks.

• Bank collaboration—Key banks, or a network of smaller banks marshaled by a central fintech vendor, need to collaborate on rules and processes.

• Clear mandate—There must be a demonstration of strong demand from the government, businesses, or consumers.

• Consideration of technology options—It can’t be rolled out online first, mobile second, as happened in the U.K., which had to retool its system completely.

• Recognition of business cases—Consumer P2P uses typically emerge first, but then business-to-business use-cases follow, once they become apparent and viable.

“These are some of the key big hits that we found to be successful,” said Javelin’s Moeser.

The payments environment in the U.S. makes things even more complicated, according to Javelin research. To begin with:

• Technology—Mobile adoption, social networks, and the internet of things are changing how consumers and businesses interact with one another.

• Shrinkage of time—People expect results from a Google search, for example, within two seconds, or else they immediately suspect some technology glitch.

• Risk—Sending payments in real time compounds risk for banks, as opposed to a two-to-three-day ACH payment that allows for security screening.

• Liquidity, real and perceived—Faster payments result in a demand for real-time visibility, both by consumers and businesses.

• Business demands—These are driven in turn by customer and regulatory expectations.

“It is a very crowded space,” Moeser said, without irony. A list of companies that provide some form of faster payments already include: NACHA, Fiserv, FIS, ClearXchange, Dwolla, ACI Universal Payments, and various combinations of these. [Some efforts include participation by Early Warning, webinar sponsor.]

Perhaps more important, though, is the prospect of increased fraud risk.

“More immediate access to funds can be a boon to consumers for uses such as bill pay, but the benefits of more immediate monetization of funds won’t be lost on criminals looking to withdraw funds from compromised accounts,” said Moeser.

Expect criminals to test faster payments for weaknesses from Day One, he added. Layered controls including multifactor authentication, tokenization, behavioral and data analytics, and more will be needed to combat the criminals. Along with these, Moeser said, “Consumers will need to be deputized in the fight against fraud by empowering them with strong alerts and individualized controls.”

An example of this would be the use of interactive alerts, in which, once a consumer initiates a real-time payment, the bank would send an alert. Customers would need to click 1 for yes, or 2 for no, to check if the transaction was legitimate.

To be sure, there is progress in the U.S. as the Federal Reserve, taking the lead, tries to tie all these loose ends together. Beginning in 2014, it started by creating two task forces, with more than 500 industry participants, to work on faster and more secure payments. They’ve concentrated on five main drivers of such a system: speed, security, efficiency, international applicability, and industry collaboration.

“Final” some ways off

“There are strong business cases for consumer, financial institution, business, and government for faster payments,” Moeser said. “However, increased fraud losses and dissatisfied customers due to overbearing risk controls, are clearly some of the pitfalls that financial institutions will need to deal with in a real-time payment system.”

Listen to playback of webinar