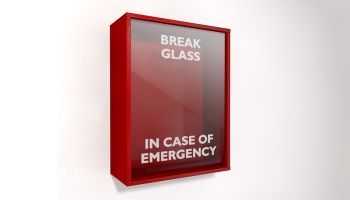 Regulators escalated their living will evaluations with a joint finding that the plans of five banks were not credible, launching a process that could materially impact earnings. However, analyst and investor reaction was mild as it appears many expect banks to fix their plans.

The Federal Reserve and the FDIC jointly deemed the living wills of JPMorgan Chase & Co., Bank of America Corp., Wells Fargo & Co., State Street Corp. and Bank of New York Mellon Corp. to be not credible, starting a process that could allow regulators to force the banks to sell certain assets or entire operations.

By issuing a joint determination, regulators can enforce enhanced prudential requirements if the banks fail to fix the deficiencies by an Oct. 1 deadline. For example, regulators could increase capital requirements, forbid certain types of activities or limit a bank's growth rate. If regulators do that, a two-year clock starts, at the end of which regulators could force divestiture of bank assets, assuming the banks have still not adequately remediated their living wills.

"This really moves us to a new stage in the process, and it wasn't clear that regulators were willing to go there," said Justin Schardin, acting director of the financial regulatory reform initiative for the Bipartisan Policy Center. "It's uncharted territory." 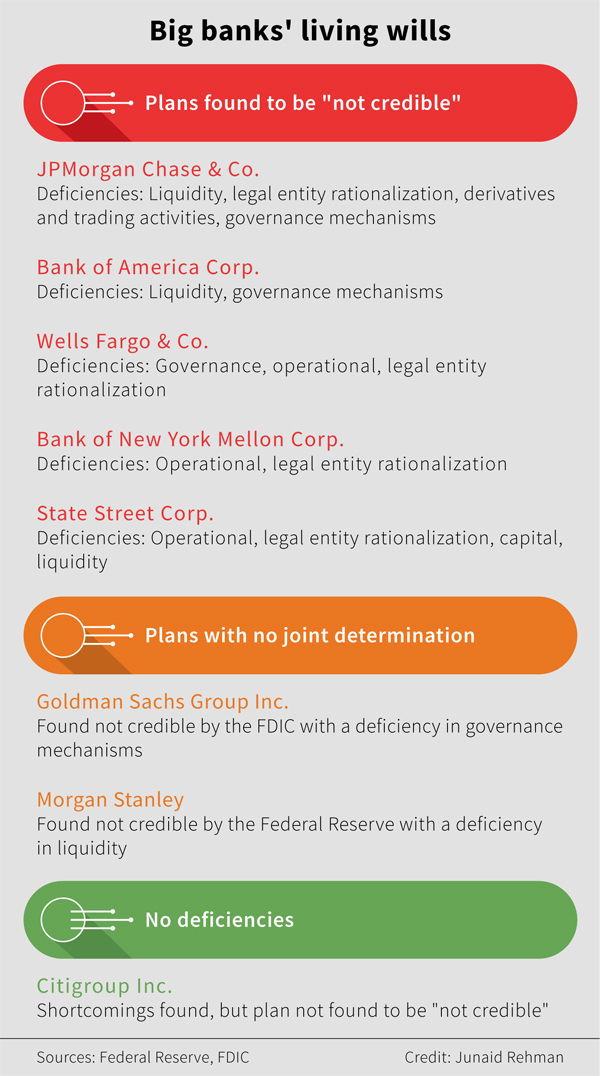 Schardin said the joint "not credible" designation will further fuel the debate around too big to fail. The topic has received renewed attention in recent months as Neel Kashkari, the new president of the Federal Reserve Bank of Minneapolis, has launched an initiative to study the issue and deliver a plan by the end of 2016.

"It's a topic that continues to be raised because you can't prove a negative," Schardin said. "No one will know for sure whether Dodd-Frank has fixed too big to fail until we get to the next crisis."

The Fed and FDIC did not object to Citigroup Inc.'s living will, although shortcomings were still identified. The regulators jointly identified weaknesses in plans from Goldman Sachs Group Inc. and Morgan Stanley, but did not make joint determinations regarding the plans and their deficiencies.

Regulatory feedback varied significantly from bank to bank, so it seems possible some banks will be able to meet the Oct. 1 deadline while others will not. In a research note, bank analysts at Keefe Bruyette & Woods pegged State Street and Bank of New York Mellon as the two entities most damaged by the "not credible" designation.

"We view the failing grade for [State Street] and [Bank of New York Mellon] as most concerning given the Fed seemed to have fundamental issues with the banks' plans," the analysts wrote. Further, the analysts pointed out that the two banks have lower expenses, so an increase in regulatory costs will hit them harder than it would the larger banks.

Ultimately, the KBW analysts wrote that they expect all banks to have remediation plans ready by Oct. 1 and have credible living wills by the 2017 submission deadline.

The deficiencies identified by regulators ranged from liquidity management to governance controls to legal entities organization. Some of those are difficult problems to address in a short time frame, but the banks might not need a comprehensive fix, said John Corston, an independent senior adviser for Deloitte & Touche LLP and a former FDIC associate director involved in resolution planning.

"Some of these things are not going to be fixed in five months," Corston said. "But you could have a plan to address the deficiencies, and you have to have the agencies agree with your timing."

Investors appeared unconcerned by news of the shortcomings in big bank living wills, as share prices for all eight companies climbed in early trading April 13. By the close of trading, Wells Fargo shares were up 2.64%, and shares for the other seven companies had climbed more than 3%.

Wells Fargo faces increased risk in its resubmission because its living will was found to have material errors, the KBW analysts wrote. And the Bipartisan Policy Center's Schardin said the "not credible" ruling for Wells Fargo was a surprise considering the bank avoided this designation in the 2013 submissions. There were no joint determinations in that round, but the FDIC did come to a "not credible" designation for 11 banks not including Wells Fargo.

R. Scott Siefers, an analyst for Sandler O'Neill & Partners, also called the Wells Fargo ruling a surprise considering the bank's history of strong regulatory compliance. But Siefers expects the bank to sufficiently address the concerns by the Oct. 1 deadline. "We do not expect any near-term capital or business model ramifications," he wrote.

Similarly, Deloitte's Corston said he does not expect regulators will need to force banks to adhere to enhanced prudential requirements such as higher capital ratios. If banks fail to address the issues by Oct. 1, Corston said banks will likely be proactive. 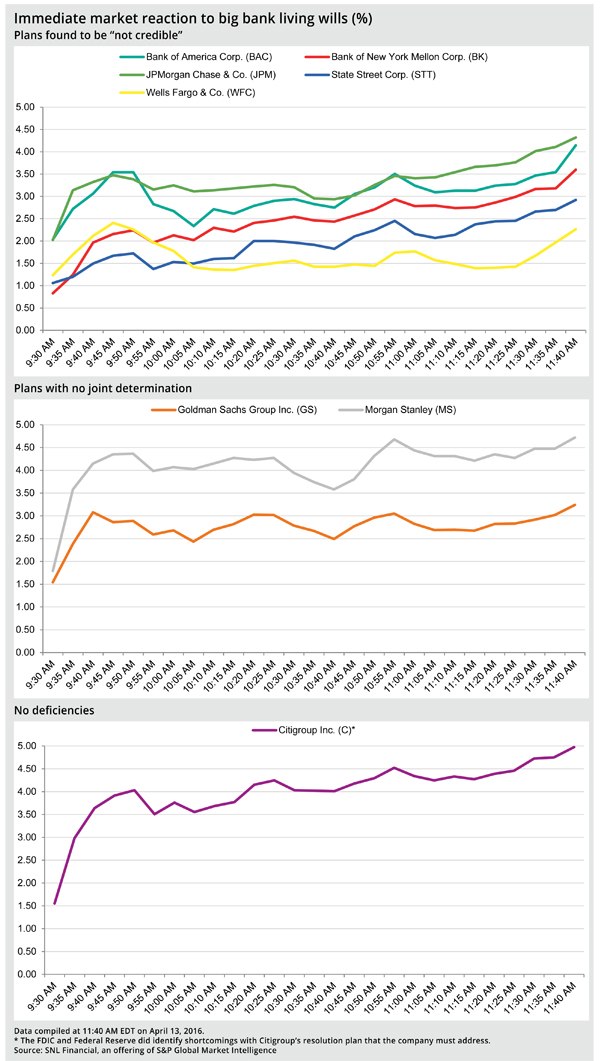