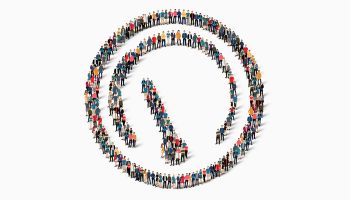 Since the recent recession, more than 100 manufacturing-dependent counties lost population, according to geographer John Cromartie of the USDA’s Economic Research Service.

“The loss of good-paying jobs probably means that housing issues are showing up and that younger people are having to leave,” Cromartie told housing experts at a recent forum hosted by the Federal Reserve Board. “In past migration slumps, the contribution of natural increase [births] was high enough to maintain population. That’s no longer true.”

(Cromartie made his remarks at “The Future Of Rural Communities: Implications For Housing,” hosted in May by the Federal Reserve Board.)

The fact that young people are leaving rural communities instead of staying and starting families isn’t the only reason rural populations are growing older, though.

Some markets are importing senior citizens, effectively. Many of those areas are either retirement destinations or have recreation-based economies.

“So the same population can have different housing trends,” Cromartie pointed out. “Housing prices are higher in retirement destinations, but poverty rates also are higher because it’s a tourist economy.”

One of the most distressing aspects of the housing collapse is the spike in rural child poverty rates, which went from 24% to 29% in the past decade, according to Cromartie.

While some rural poverty is the result of tourist economies that offer mostly low-paying service jobs, the majority of high-poverty counties are regionally concentrated and divide very strongly along racial and ethnic lines.

“We have predominantly white poverty in Appalachia, black poverty in the coastal plains of the South,” said Cromartie. “American Indians are poor in the West, and we have a region of Hispanic poverty in the Rio Grande Valley and other areas of the West.”

“Household composition is changing, as are housing needs,” Cromartie said, “because housing needs of families with young children are very different.”

Rolf Pendall of the Urban Institute echoed Cromartie’s findings, saying that the number of senior households are rising in urban areas, with diversity growing in every region as white populations decline. The implications are a need for more affordable housing, as diversifying areas may have lower income growth, and an urgent need for reinvestment in older rural housing.

However, Collishaw said that the policy proved to be an opportune adjustment, given the changes in California’s demographics.

“What we find in our communities, which are increasingly Latinos and Southeast Asians, is that it’s a rarity for them to send their elderly relatives to retirement homes; they absorb them into the family as they age.” Universal design cost builders very little and allows older rural residents to “age in place.”

Another crucial adaptation is to make homes for seniors energy efficient, Collishaw added, because the bane of older people on fixed incomes is rising expenses, and no expense has risen faster in recent decades than energy.

“The problems with new construction and seniors is that their incomes are too low to sustain the kind of rents you need to charge,” he says. “You can do smart growth in rural America.”

Nancy Eldridge, executive director of the National Center for Healthy Housing, led the way for smart housing for seniors in Vermont where, she says, almost half of the elderly residents living in rural housing have some level of dementia.  To address that need, the state created SASH—Support and Services and Home—that integrates health care delivery with home services.

“We have someone who can detect heating problems in an apartment for an elderly person who may not remember how to turn up the heat; it can be done remotely,” Eldridge said. “The idea is to create a system that wraps around everybody that can be used in endless ways to solve the problems of aging housing and aging people.”

Perhaps nothing is more crucial to drawing young people to rural areas than the availability of the internet.

Gabriel Garcia, president of the Texas Association of Telecommunications Officers, points out that many rural communities have tremendous assets—among them, great natural beauty—but without broadband, they will never attract young residents. With it, rural communities can participate in the global economy.

“The internet economy is growing at a much faster rate than the overall economy—that’s the future of our economy,” Gardia said. “Broadband infrastructure allows rural communities to participate in the internet economy and leverage their assets.”

Indeed, the Internet has the potential to make geography irrelevant. Eldridge reports that, thanks to broadband connection, senior citizens in snowy, rural, remote Vermont participate in Tai Chi via telecommunication.