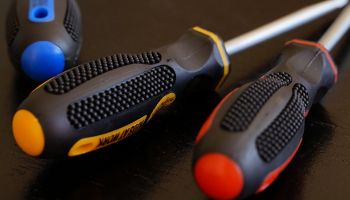 Financial technology may add a new layer of complexity that regulators must consider as they evaluate banks for CRA compliance.

While many banks are content with a "Satisfactory" rating, others face the challenge of setting things right with regulators after receiving a "Needs to Improve" or "Substantial Noncompliance" rating.

The Community Reinvestment Act was put into place in 1977 to ensure that banks satisfy the credit needs of people of all income levels in its community, according to the Federal Reserve's website. Unlike the results of most exams performed by regulators, CRA ratings are public. 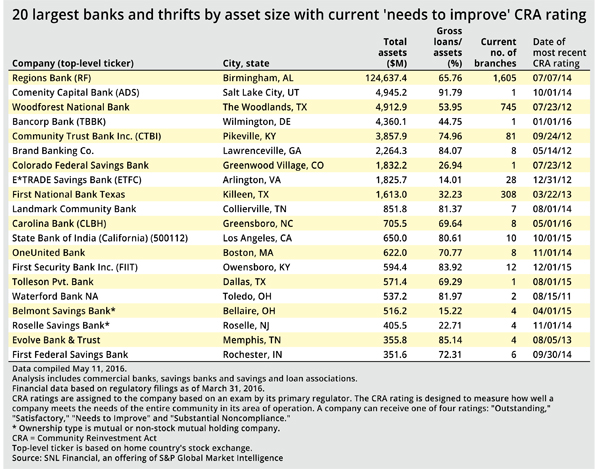 In general, the CRA rating process begins with the creation of a bank's assessment area, a geographic demarcation of where the company expects to make 50% or more of its loans. In creating this zone for regulators to evaluate, banks must take care not to carve out low- and moderate-income communities. At a granular level, regulators judge the lending, investments, and services that a bank offers within its assessment area.

For banks of all sizes, there are obstacles that come with having a rating that is less than satisfactory. CRA issues can lead to fair-lending concerns and can hinder a bank from being granted regulatory approval for a variety of things, including mergers and branch establishments. For mutual banks, CRA ratings could interfere with the conversion application process.

On top of the traditional challenges of CRA requirements, technology is beginning to add an extra layer of complexity. During a March 18 speech before the National Community Reinvestment Coalition, Comptroller of the Currency Thomas Curry pointed out that the banking agencies are in the process of drafting guidance on how alternative retail banking systems will be assessed within the framework of CRA oversight. (Read Curry’s speech)

"The benefits of innovation will be undermined if fintech developments and product innovation involve excessive cost or disadvantage unbanked or underbanked consumers," Curry said. "These are questions that banks, regulators and policymakers need to consider now."

During the March 18 speech, Curry emphasized the opportunities that technology enables to broaden access to banking services.

Ruth McLaren, senior vice president of operations at Oak Park, Ill.-based Community Bank of Oak Park River Forest, said that, from her perspective, technology like mobile banking presents the opportunity to reach communities like those in Chicago that are only served by a few banks.

"It makes a traditional financial institution relationship much more accessible today than it was before," she said. "They don't have to be six blocks from your home or six blocks from where you work. You could bank anywhere, and it's extremely easy."

Community Bank of Oak Park River Forest is one bank that dramatically improved its CRA rating in the past few years.

It was dealt a "substantial noncompliance" rating in 2011, and in April 2012 the bank agreed to pay a civil money penalty of $75,000 to the FDIC over charges regarding fair-lending laws. A related consent order required the bank update its 2009 plan to improve its residential mortgage and commercial lending in the Maywood, Bellwood, and Austin neighborhoods of Chicago. The bank neither admitted nor denied the allegations in agreeing to the consent order.

The bank's CRA rating was upgraded to "Needs to Improve" in 2012, and it saw the consent order terminated in 2013. In 2014, its rating improved to "Satisfactory."

McLaren said that the community bank's small assessment area was one of the issues that contributed to its CRA problem.

"We drew an examiner from the FDIC who was out-of-state who didn't know anything about the Chicago market and took a look around and just didn't get what we were doing and where we were serving people," McLaren said "So we got clobbered big time."

She pointed out that after receiving the rating, executives were determined to show that they were "good guys." McLaren drafted a 10-point plan to address the CRA-related failings identified by the examiner. By opting to expand its assessment area, the bank was able to get recognition for loans made to less-affluent neighborhoods.

"It's still impossible to serve that giant area, but it does say that when we're making loans in low- and moderate-income census tracts that weren't in our assessment area," she said. "Now we can get credit for those, because that was one of the issues we had."

As part of the 10-point plan, the Community Bank of Oak Park River Forest also hired someone to give them credibility in "troubled neighborhoods." The new hire, who was titled "community lending specialist," allowed the bank to establish trust and cultivate relationships in certain untapped communities. "It took a long time for people to know who we were and that we were sincere and trustworthy," she added.

"From a management perspective, we focused internally on it from a much more high-level way," McLaren said. "We had a board of directors management committee that looked at BSA and fair-lending on a monthly basis, and we had internal departments that had a focus on it."

Despite the turnaround, the bank's location remains a challenge, McLaren said.