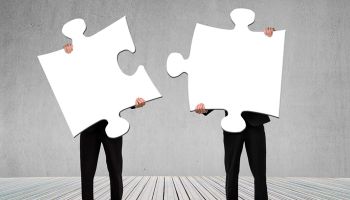 A handful of banks positioned to benefit from rising interest rates have decided not to wait any longer and sell to another institution, and others just might follow.

Some asset-sensitive banks announced plans to sell in recent weeks after Brexit virtually put the prospect of rate hikes on hold for the remainder of the year. In a lower-for-longer environment, it seems clearer today that banks that have positioned their balance sheets for rising rates are unlikely to receive any benefit soon.

Good idea at the time

Many banks increased asset sensitivity by building non-maturity deposits and shortening durations on earning assets while often avoiding higher-yielding assets with fixed rates. Those moves would cause earnings to expand when rates move higher, but as rates have remained low, many institutions have given up some earnings in the near term waiting for higher rates to come to pass. 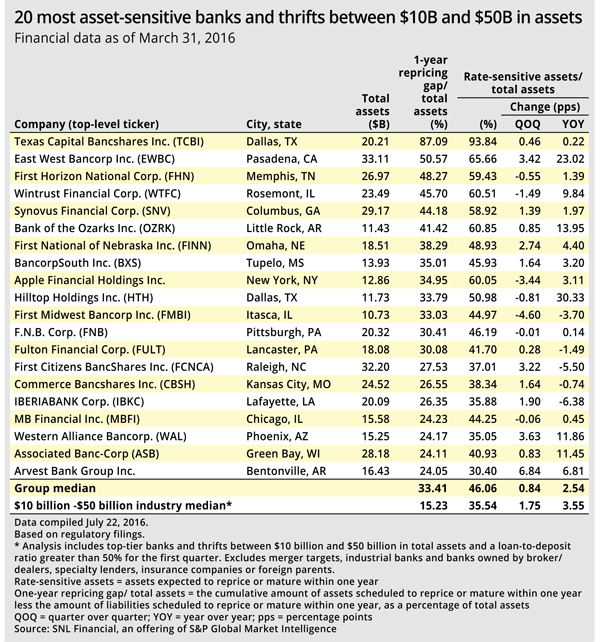 A few asset-sensitive banks seem to have become tired of the waiting for the true value of their balance sheet positioning to be realized. PrivateBancorp Inc., for instance, recently surprised a number of members of the investment community, unveiling plans to sell to Canadian Imperial Bank of Commerce for roughly $3.8 billion. The deal price represented a one-day premium of 30.8% and effectively brought forward the value of higher interest rates, analysts said.

Some analysts made a similar observation when City National Corp., an asset-sensitive bank at the time, agreed to sell to Royal Bank of Canada early in 2015.

"I think what this tells us is City National did it, now they're doing it, two really asset-sensitive banks are saying, 'I'd rather take a dollar today than risk it.' I think it's the right move," Keefe Bruyette & Woods analyst Christopher McGratty said in an interview the day the PrivateBancorp deal was announced in late June.

BMO Capital Markets analyst Lana Chan said in a report reviewing the PrivateBancorp deal that the lower-for-longer rate scenario could force other banks to make a "tough choice between slogging through low rates or selling."

Other analysts agreed, with Piper Jaffray's Matthew Clark noting that PrivateBancorp's highly asset-sensitive balance sheet and lowered outlook for rates served as the "nail in the coffin" for the Chicago-based company and its ultimate decision to sell. 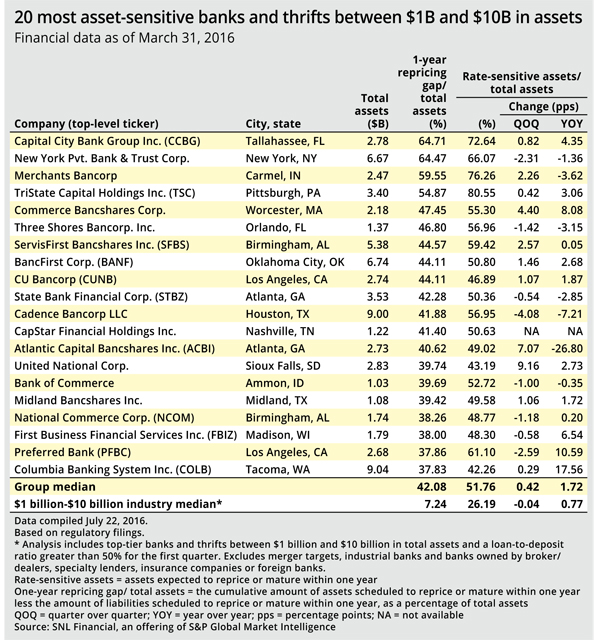 A few weeks later, Yadkin Financial Corp., another asset-sensitive institution, agreed to sell to F.N.B. Corp. for $1.4 billion. While the Street had believed Yadkin could pursue a partnership before eclipsing the $10 billion asset mark, the target screens as an asset-sensitive name among banks with assets between $1 billion and $10 billion. Yadkin's rate-sensitive assets equated to 34.9% of total assets at the end of the first quarter, compared to the median among banks in that asset group of 26.2%.

Even more recently, EverBank Financial Corp, another asset-sensitive institution, confirmed that it is in advanced talks with a financial services firm over its potential sale. Some analysts said EverBank's decision to pursue deal discussions might suggest that the company's earnings outlook was challenged.

EverBank had reportedly considered selling after receiving an unsolicited offer. In most cases, banks usually control their own destiny and decide to pursue a sale on their own after considering many factors unique to the institution in question. And a number of asset-sensitive institutions have given no indication that they would be interested in selling, and some continue to pursue acquisitions of other banks.

Still, bank boards will certainly take into consideration the future earnings power of their respective companies when putting together strategic plans, and the outlook is not as rosy as it was just a few months ago.

The Street painted bank stocks with a broad negative brush after the news of Brexit hit, and asset-sensitive institutions have underperformed the rest of the group since the prospect of higher rates have been kicked further down the road. The sell-side community believes that the prospect of rate increases will hang over the bank group for some time and likely will drive trading activity in the future. If that holds true, the fortunes of asset-sensitive banks hang in the balance. 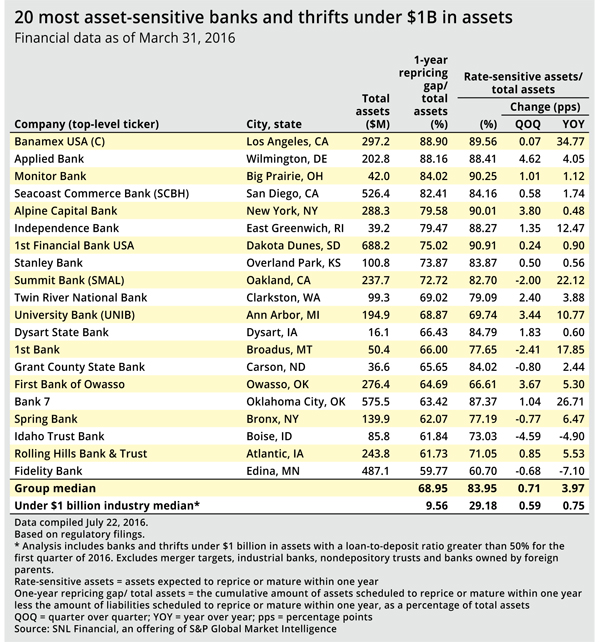 This article originally appeared on SNL Financial’s website under the title, "Some asset-sensitive banks evaluating, giving up their independence"