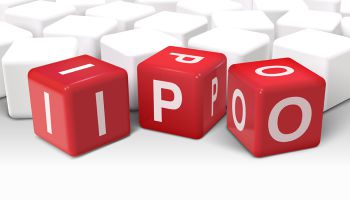 The market has closed the door on several privately held Texas-based banks looking to go public due to a considerable decline in oil prices, and it is unlikely to reopen anytime soon.

While some members of the sell-side community argue that Texas-based banks have weathered the worst of oil price drops, which hit a low point in February, the institutions remain wary of pursuing acquisitions or initial public offerings in the near term.

Observers say that several private Texas banks considered, and then shelved, plans to go public in the last year because of the sustained decline in energy prices and volatility in the equity markets.

Sources said Houston-based Cadence Bancorp LLC and Canyon, Texas-based Happy Bancshares Inc. had considered—and then shelved—plans for IPOs at the end of 2015 and the beginning of 2016. One of the sources added that College Station, Texas-based ST Financial Group Inc. had also looked into an IPO.

Some of the institutions went so far as to engage investment bankers, but none ultimately went through with their plans because of market conditions. One source said that a Texas bank IPO in late 2015 or early 2016 "would've been a hard sell." 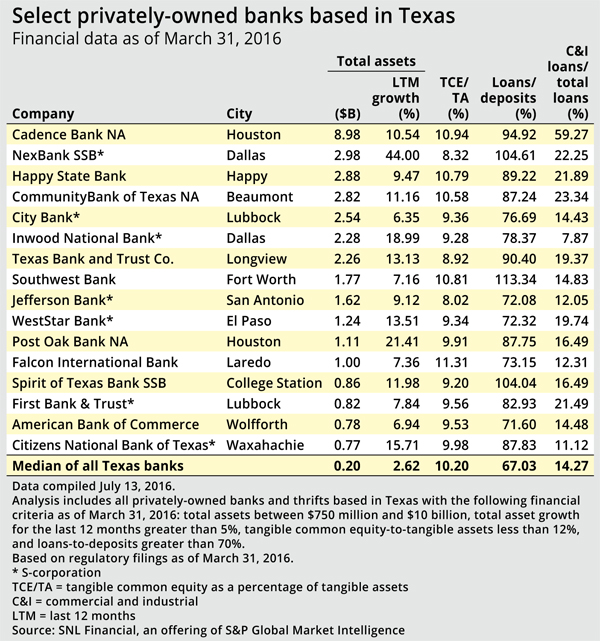 While oil prices are still off triple-digit peaks achieved in 2014, prices have rebounded and traded in the range of $42 to $46 a barrel lately, up from February lows, when the price per barrel dropped below $30.

Even as oil continues its moderate recovery, no bank has tried to test the waters. Houston-based Allegiance Bancshares Inc. went public in October 2015, the fifth Texas-based bank to go public since April 2013. Dory Wiley, president and CEO of Commerce Street Holdings, said equity markets have been "choppy" all year—an unattractive trait for IPOs—and he does not predict they will smooth out before 2017.

The same may hold true for M&A, a departure for a state that historically enjoyed elevated deal activity. There were eight bank and thrift deals announced with a Texas target in the first half of 2016, compared to 22 during 2015 and 27 in both 2014 and 2013, according to SNL Financial data.

Some Texas banks have seen their share prices recover from lows reached at the beginning of the year, and that might bring some prospective buyers back to the negotiating table, though Wiley believes it will take until the third quarter for anything to manifest. He said M&A activity is up, but that it takes time for deals to close, especially in a market where executives may fear an outsized reaction from the Street following an announcement.

Jacob Thompson, managing director at SAMCO Capital Markets, said 2016 "feels like it's going to be a slower M&A year" as banking executives evaluate their footprints and approach potential partners cautiously. He said that, based on recent conversations, banks that have asked him about selling also seem willing to wait for higher valuations or greater certainty in the economy or elections.

But there may be signs that banks are warming up to deals, as executives from Houston-based Green Bancorp Inc. and Plano, Texas-based LegacyTexas Financial Group Inc. have telegraphed their interest in doing a merger of equals or a potential sale.

The recovery in energy prices has coincided with an increase in the investment community's bullishness and optimism around Texas banks, though some were quicker to revisit their opinions than others.

Wiley went so far as to call the decline in Texas bank share prices an "overcorrection." Raymond James analysts upgraded a spate of energy-exposed banks in early May, writing that the worst of the energy cycle had been "baked" into stock prices.

"[W]ith contagion seemingly unlikely (from management commentary across the board) over the next few quarters it is increasingly clear to us the risk/reward dynamic has changed," wrote the analysts.

Views from the corner office

The increase in energy prices offers borrowers "a lot more options" and lessens pressure on Houston-based institutions like Cadence Bancorp, said President and CEO Paul Murphy Jr. While selective, unit Cadence Bank NA is still open to new energy credits and clients even as its energy exposure has declined while other areas have grown, he said. Compared to energy, commercial real estate is less of a concern at Cadence, though he has seen some overbuilding in certain Houston submarkets.

The growth comes at an inflection point for the bank as it nears the $10 billion asset threshold. Many banks have used deals to push them over this ceiling and rapidly gain scale, but as a private bank, Cadence would need to use cash or first go public. Murphy said Cadence is slated to organically cross $10 billion sometime in 2017, a timeline that could accelerate if the bank pursued a deal. The bank is open to doing a deal but believes 2017 is a more likely year.

"As we think about our long-term capital plan, an IPO is one of the options we do consider," he said. "We haven't made any decisions, though, as to whether or not we would do an IPO, or if we did, when that would be."

An IPO is also an option for Happy Bancshares, the parent company of Happy State Bank—although Chairman and CEO Pat Hickman said management is trying to "dodge" that possibility.

The bank, which had $2.88 billion at the end of the first quarter, grew 9.56% in the last 12 months, and completed a private placement of more than $51 million nearly a year ago. The bank is a C-corp and has 700 shareholders; its stock is not subject to the same volatility and fluctuations of public markets.

ST Financial, the parent company of Spirit of Texas Bank SSB, did not return calls for comment. 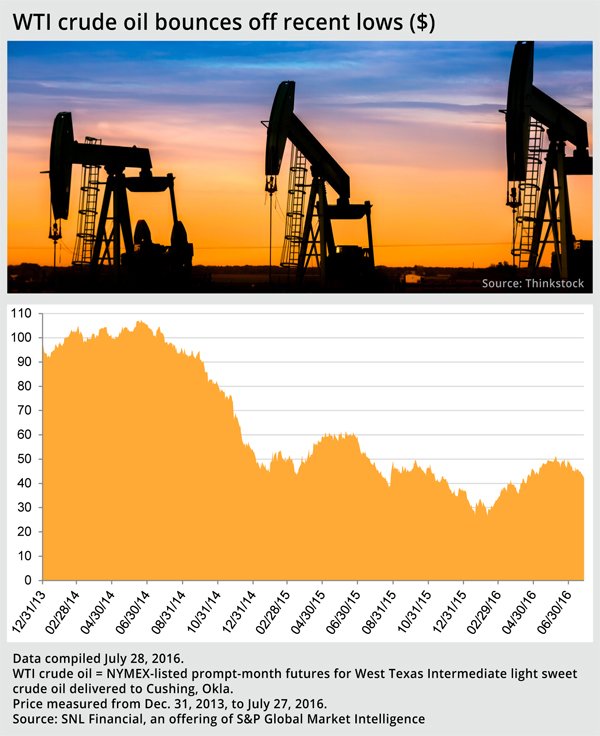 This article originally appeared on SNL Financial’s website under the title, "Texas banks aren't messing with the IPO market"