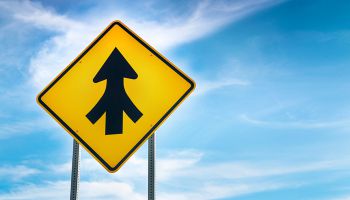 Pacific Premier Bancorp Inc. continues to shine in Southern California, generating robust organic growth and striking strategic deals, and its chief executive is optimistic that momentum will gather further over the remainder of 2016.

"We think we really are in good position for the second half of the year," Chairman, President, and CEO Steven Gardner said in an interview, adding that he anticipates the bank will generate "solid double-digit" loan growth in a region that boasts sturdy commercial and residential real estate markets as well as relatively strong business confidence. It is, he said of macro conditions in the bank's Southern California footprint, "a steady grind higher."

Gardner also emphasized that Pacific Premier, with nearly $3.6 billion in assets, is committed to ongoing M&A as part of an effort to expand from a community bank into a dominant regional player. It has closed seven deals since 2011—a specialty finance acquisition, two FDIC-assisted bank deals and four open-bank purchases—including, most recently, its early 2016 buyout of Security California Bancorp.

"We'd certainly like to do more and could handle more than one a year," Gardner said. "We have all the infrastructure in place to handle it."

The Irvine, Calif.-based banking company recently posted second-quarter net income of $10.4 million, or 37 cents per diluted share, up from $8.6 million, or 33 cents, the previous quarter and up from $7.8 million, or 36 cents, a year earlier.

Pacific Premier's total loans increased by $72 million, or about 10% on an annualized basis, during the second quarter, boosted by organic commercial-and-industrial, owner-occupied CRE, and franchise loans.

Gardner said that there were fairly high levels of loan pay-downs and payoffs in the quarter, as well as relatively low utilization rates on commercial credit lines, which curbed overall growth of the loan book somewhat. But he does not see that becoming a trend, and therefore the bank could see even greater growth this quarter and next.

Pacific Premier has added about $800 million in assets this year alone. In addition to economic vigor, Pacific Premier touts a lending culture marked by persistence and a commitment to M&A for its steady growth.

Analysts have embraced the bank on both fronts. 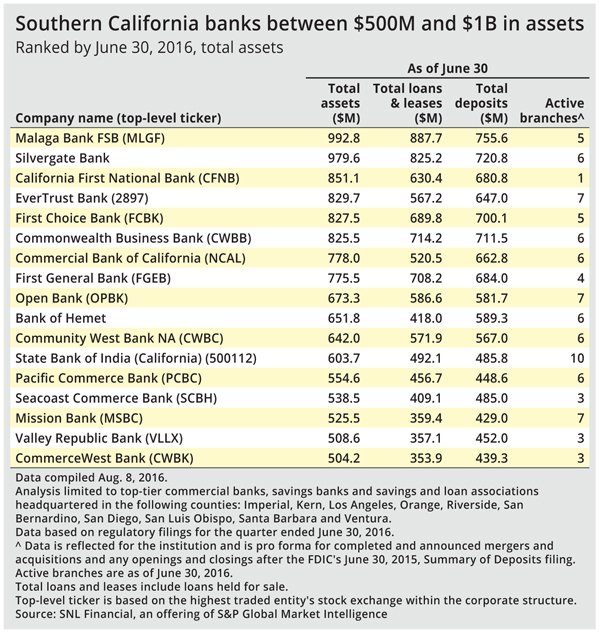 On its lending culture, FBR & Co. analyst Bob Ramsey noted in a report, Pacific Premier "has an aggressive calling program, with 25 bankers having a quota to make 25–50 calls per day."

The bank, Ramsey added, "has found that if it calls on clients long enough, when they run into a problem at a big bank, they will give [Pacific Premier] a shot at the business and are willing to pay for better service."

On the M&A front, Ramsey further noted, Pacific Premier has found success landing targets that are expected to prove accretive in the first full year with an earn-back period on tangible book dilution of less than four years, a common preference for investors. The Security California acquisition, for example, is projected to be 5% accretive to EPS with an earn-back of less than three years.

In the interview, Gardner said that Pacific Premier is most interested in bank targets with at least $500 million in assets. An S&P Global Market Intelligence analysis found that, at the close of the second quarter, there were 17 such banking companies in Southern California with between $500 million and $1 billion.

Gardner said that there are likely more sellers in that range than others, but he said Pacific Premier could potentially acquire a bank as large as $3 billion in assets. He is interested primarily in banks that have low-cost deposit bases and that are focused on commercial lending in Southern California.

Gardner said that, despite fairly steady levels of consolidation in recent years, there remain plenty of deal opportunities and Pacific Premier is actively scanning the M&A landscape. He said that, given the bank's organic growth, it does not need to clinch a deal and can afford to be both patient and conservative when it comes to pricing, but he emphasized that Pacific Premier is eager to continue growing via M&A.

For now, analysts expect Pacific Premier to continue on its current path.

"What they have going is really pretty good," analyst Tim Coffey of FIG Partners said in an interview.

Based on expansion of the past couple years, Coffey estimated that Pacific Premier will top $5 billion in assets in 2018.

Once banks enter the $5 billion to $7 billion range, he added, they typically must start preparing plans to cross the $10 billion-asset threshold, a point at which higher regulatory requirements and costs kick in.

As part of this preparation, banks are likely to look at the possibility of selling themselves. Coffey said "that could become the next chapter in the story," but for the next couple years, Pacific Premier appears likely to continue marching to its current beat.

Gary Tenner, an analyst at D.A. Davidson, agreed. "I think the strategy and how they go about growing does not change at this point," he said in an interview.

"They have a pretty long runway" before hitting $10 billion. But down the road, Tenner said, "I think they would be very attractive" as a seller.