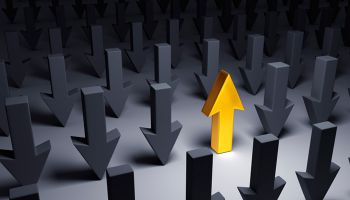 For all the worry about low oil prices and a slumping energy sector in Texas, the Greater Dallas market is booming, with strong job growth and solid real estate conditions.

Community bankers say the Dallas-Fort Worth metropolitan area's economy is diverse—with major employers in finance, telecommunications, healthcare, aeronautics, and technology, among other sectors—and demand for loans to fuel ongoing growth is steady while credit quality is robust.

"Our loan growth has been exceptional," Terry Smith, chief lending officer at Fort Worth-based Southwest Bank, said in an interview. "And the quality of our loans is great."

He hears much of the same from colleagues around the Dallas-Fort Worth area.

"Almost everybody's loan growth is strong," Smith said. He added that, in his more than 30 years in the market, current real estate metrics, employment data, and the overall North Texas economy are as strong as he has seen.

Commercial and multifamily construction starts in the Dallas-Fort Worth market in the first half of 2016 climbed 27% to $2.8 billion from the same period last year, according to Dodge Data and Analytics. Nationally, such construction starts fell 5%, with Houston's 44% drop the steepest of all major markets. Houston is much more reliant on the energy sector than Dallas, and its business fortunes have been bruised over the past couple years amid a drawn-out period of low oil prices.

Residential real estate in Greater Dallas also is strengthening. The latest S&P CoreLogic Case-Shiller U.S. National Home Price NSA Index showed that prices in Dallas were up 9% in May from a year earlier, more than the 5% national increase.

The unemployment rate in Dallas-Fort Worth, not adjusted for seasonality, was 4.2% in July, according to the Texas Workforce Commission. The jobless rate was 4.6% for all of Texas and 4.9% nationally.

Smith said Dallas-Fort Worth continues to attract new employers, many of which are bringing to the market not just jobs but high-paying career opportunities, which has proven a key driver of momentum in the local economy. He said the market benefits from conservative state politics and regulatory oversight and, notably, from a favorable tax environment. Texas does not have a state income tax.

"The influx of good jobs in this market is extraordinary," Smith said.

So it should not surprise, he said, that companies in the area are tapping banks for loans to fuel expansion. Smith's team at the $1.9 billion-asset Southwest Bank generated nearly 36% annualized loan growth in the second quarter.

S&P Global Market Intelligence data show that, among banks and thrifts under $10 billion in assets based in Dallas-Fort Worth, second-quarter loans and leases grew 5.73% from the previous quarter and 19.46% from a year earlier.

He said some investors outside of Texas struggle to separate Dallas from the oil patch. "But Dallas really couldn't be much more different from Houston," he said.

Rabatin said "nimble" community banks that can make lending decisions locally and tailor products to meet clients' unique needs have been among the most successful in Greater Dallas and likely will continue to fair well. He cited Independent Bank Group Inc. and LegacyTexas Financial Group Inc. as prime examples. Both produced double-digit annualized loan growth in the second quarter.

Legacy Texas Financial President and CEO Kevin Hanigan said during a recent earnings call that the bank is focusing its aggressive growth efforts on the Dallas-Fort Worth area, which he called a "fantastic market" with "a very diverse" employment base.

Independent Bank Group Chairman and CEO David Brooks said during the company's recent earnings call that the company produced organic loan growth of around 13% during the first half of 2016. "I think it's going to be better than that in the second half of the year," he said.

Bankers in Dallas-Fort Worth say competition for loans is vigorous but mostly rational. Smith of Southwest Bank said lenders are competing on price to win customers, but for the most part, banks are not compromising on loan structures and terms—the types of concessions that historically have led to credit troubles.

Smith added that he does not see near-term threats to Dallas-Fort Worth's economy, and he expects both his bank and the community banking sector broadly to continue to ramp up lending the rest of this year.

Kevin Dobbs is a senior reporter and columnist. The views and opinions expressed in this piece represent those of the author or his sources and not necessarily those of S&P Global Market Intelligence. Razi Haider contributed to this article.