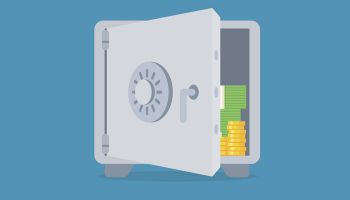 Bankers have a limited-time opportunity to "refinance" consumers' savings deposits.

With the Dec. 14 increase in the target Fed funds rate, the coming intersection of new levels of interest rates and today’s analytics generates options previously unseen in banking.

We are in the first stages of the next generation of refinancing, but with a difference. This time, instead of refinancing debt, consumers are refinancing assets, as interest rates begin to rise, and bankers are looking to fund loan growth.

Senior citizens have been hoping since the Great Recession for better investment opportunities. Some capitulated in recent years as they switched out of CDs into other investment vehicles like annuities, which have dramatically greater early withdrawal penalties. Those who still invest in insured time deposits may find their patience rewarded soon.

What will this mean to banks?

Some bankers are in position to pick off deposits from their competitors at profitable pricing levels and yet still deliver windfalls to the depositors who own these accounts. Others may be in for some challenges.

The funding portfolios of most banks and credit unions have early withdrawal penalties that were calibrated for interest rates from decades ago.

Astute bankers have been waiting for this moment when switching becomes advantageous to everyone except the bank who believed they were getting long-term funding at record low costs without factoring in the optionality they agreed to in their contracts.

Depositors didn’t draft these agreements, but they will gladly seize the opportunities to trade-up when their agreements and higher interest rates allow.

Today, the ability to switch deposit accounts is appealing to deposit owners who can finally seize interest rates that have been unavailable for years. In many cases, the breakage cost is negligible. Additionally, these early withdrawal penalties reduce Adjusted Gross Income for tax purposes in the year paid.

How about that for extra incentive?

Pro-active bankers who want to hold onto funds or those looking to grab others’ deposits are beginning to offer tailored deposit trade-up programs for CD holders. One strategy—which uses a patented process—replaces old deposit contracts with new contracts that mature on the same date as the original contract.

Thus, nothing is left to chance. There is no confusion, no uncertainty. This is no complicated matter: Depositors want more return. Rising interest rates and attentive bankers help depositors capture their long-awaited opportunities to get more and give up nothing.

If, for example, the new APY offered by the refinancing bank for the remaining term to maturity was 1.57%, that account would grow to be worth $105,972, instead of the current contract’s maturing value of $104,872.

This refinance gives the depositor $1,100 more value at maturity by simply authorizing the transfer from the old contract to the new one. One bank loses the funds and another picks up fresh funding at a fair interest rate for today’s markets and puts $1,100 more value in the pocket of the depositor. These transfers prompt celebrations for depositors and frontline bankers who deliver this windfall.

Of course, not every deposit can be profitably upgraded. Nevertheless, frontline bankers report that it is great fun and rewarding for them to present these windfall opportunities. Even when there are no windfalls, they can comfort depositors who have been second-guessing themselves by running the numbers and presenting the net benefit to transfer. Whether depositors have a positive net benefit or find out that they should stay in their current contract, they are always happy to get guidance that is simple, clear, and in their best interest.

Only winners, for those using this strategy

There’s a bonus here beyond gaining deposits (or holding onto them): Bankers helping people better manage their money is exactly what restores industry integrity and confidence. It is ultimately what bankers get paid to do. We can help depositors make more money without taking any risks.

Consider this: Any banker who reports back to depositors that they are better off staying with their current contract at a competing bank wins a great consolation prize: critical competitive data.

They have been given all the important details of the depositor’s current account(s) at the competition including amount and maturity date. With this information, the bank is prepared to make relevant offers to win the deposit at maturity or before if interest rates continue to rise.

You can bet media will be all over this. Helping senior citizens on fixed income to better manage their life-savings—Could there be a better good news story for community banking?

This news is not just for senior citizens either. Children and grandchildren of CD holders promptly take note of these opportunities. They have a vested interest in helping for multiple reasons.

The process helps their parents and grandparents maximize the value of their investments. Beyond that, the process often provides a legitimate reason for children to gain much greater insight on the financial position of their aging parents. With nothing to lose and much to gain, heirs quickly embrace the trade-up analysis campaigns.

When was the last time your bank pursued a campaign that generated positive outcomes from every related discussion?

Neil Stanley is founder and CEO of The CorePoint, Omaha, Neb. His firm offers a web-based retail deposit pricing and sales platform and performance analytics. Stanley is also president of Community Banking at TS Banking Group, Treynor, Iowa. He can be reached at [email protected]