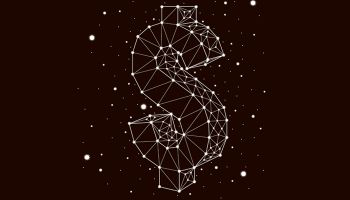 Small U.S. banks considering a sale in the near term have positive momentum on their side as the benign credit environment and recent rally in bank stocks should offer a tailwind for M&A activity in 2017.

Bank stocks have jumped in the aftermath of the U.S. presidential election on hopes that higher interest rates, lower corporate taxes, and reduced regulatory burdens will drive the industry's earnings higher. Many banks seem likely to use their rebounding currencies to pursue deals at a time when loan growth remains fairly sluggish and credit quality continues to be pristine.

Small-bank M&A activity seems poised to rebound from lackluster activity in 2016, when the number of deals and pricing on transactions declined considerably from 2015 levels.

The number of deals involving targets with less than $1 billion in assets in 2016 fell 17.3% year over year, while the median price-to-tangible book value dropped 7.2 percentage points. Acquirers paid lower prices in 2016 as their currencies came under pressure, with the SNL U.S. Bank and Thrift Index falling to a median of 151.3% of tangible book value throughout 2016, down from 170.0% in 2015.

The tide began to turn more recently as generalist investors have flocked back into the bank group, pushing the bank and thrift index up almost 25% since the election. With the increase, the banking industry now trades at 190.9% of tangible book value, or about 55 percentage points higher than the median price paid for banks with less than $1 billion in assets during the last six months. 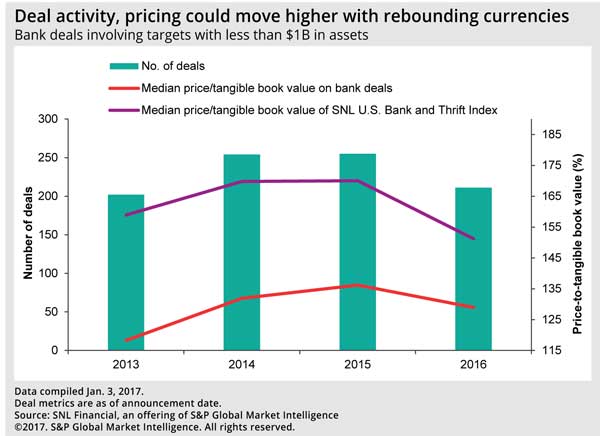 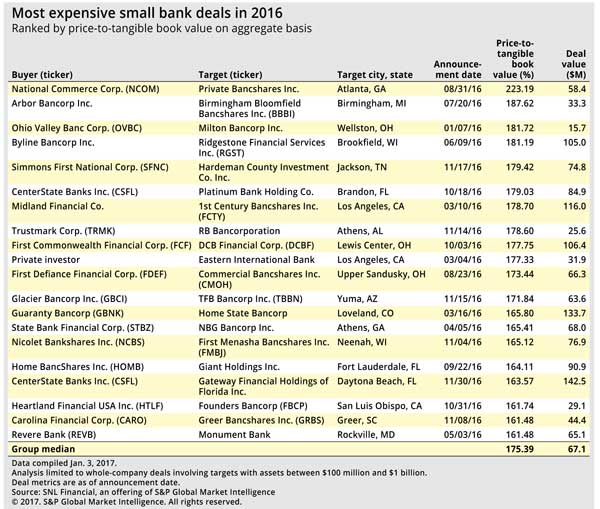 The spread suggests buyers have plenty of firepower to lure sellers, at least in the near term.

Any acquirer of small banks should be poised to pick up a stronger earnings stream when compared to even a few months ago. While our forecast does not account for any increase in loan growth coming from proposed fiscal stimulus, it now reflects a steeper yield curve, accompanied by continued increases in short-term rates. The higher-rate environment should push small-bank margins substantially higher over the next few years.

Earning-asset yields should stabilize in the fourth quarter of 2016 and move materially higher in 2017, driven by increases in loan yields. S&P Global Market Intelligence expects the loan yield for small banks to be 5.10% for 2016, down two basis points from 2015. But we expect the loan yield to expand by nearly 40 basis points in 2017.

That expansion should occur while small banks experience smaller increases in funding costs, allowing for much-awaited margin expansion in 2017. Small-bank margins are now expected to increase to 3.86% in 2017, which is up dramatically from our previous forecast published in October, when long-term rates were expected to be materially lower.

Small banks have not seen the same increase in funding costs as their larger counterparts, particularly institutions with $10 billion to $50 billion in assets, where the median cost of interest-bearing deposits rose seven basis points through the first nine months of 2016. Larger acquirers in some parts of the U.S. might look to bolster their funding bases and alleviate emerging pressures on liquidity by gobbling up their smaller counterparts, which tout their strong customer relationships.

Credit quality, at least in the near term, is not likely to prove a sticking point for buyers. Early-stage delinquencies at small banks declined through the third quarter when compared to prior periods. Loans 30 days to 89 days past due in the third quarter declined 2.1% sequentially and 6.6% from a year earlier. Loans that were 90-plus days past due rose 11.7% from the linked quarter and 3.6% from a year ago but remain quite minimal on small-bank balance sheets, representing just 0.13% of loans. 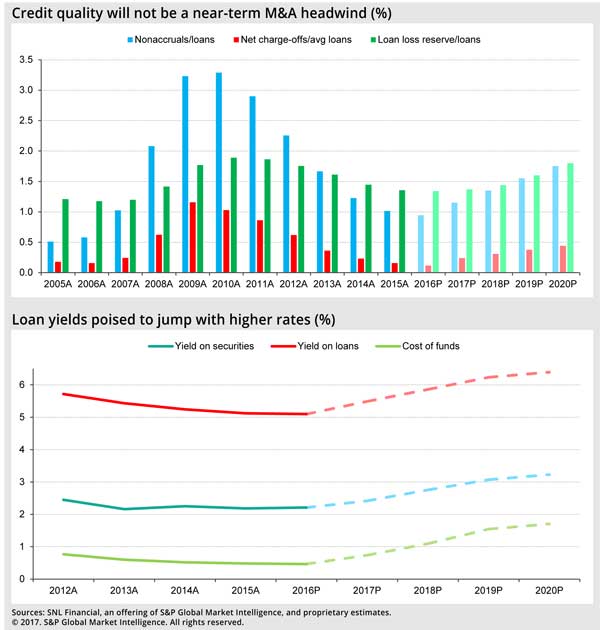 Buyers, including those operating in formerly hot M&A markets like Texas, are now likely to pursue deals with greater certainty.

When oil prices plunged in 2015 and early in 2016, many buyers thought acquiring another bank could be like trying to catch a falling knife. Now that oil prices have rebounded, the likelihood of contagion spreading to other sectors seems unlikely. Many bank targets have maintained sound credit quality, and acquirers' appetites are likely to grow.

Texas produced more bank deals, regardless of size, than any other state in 2013 and 2014 and has been the second-most active state for deals the last two years. Texas-based banks have once again regained their premium valuation relative to other institutions, and advisers say deal discussions are picking up.

Bringing more buyers back to the table, the rebound in currencies and the renewed pressures on liquidity in some markets such as the northeastern states could translate into higher pricing on small-bank deals in 2017.

The time could be right for any small bank considering a sale. While there are hopes that regulatory burdens could be reduced significantly, changes are not a foregone conclusion.

Any benefit seems unlikely to materialize until late in 2017 or 2018 at the earliest given the volatility that comes with the legislative process. Before that relief makes itself felt, credit quality could begin to emerge as a notable headwind to small banks in 2018. Thereafter, credit quality could slide further and stand in the way of further expansion in deal multiples.

The analysis of small banks stems from a larger examination of nearly 10,000 banking subsidiaries, covering the core banking industry from 2005 through the third quarter of 2016.

The analysis includes all commercial and savings banks and savings and loan associations and historical institutions as long as they were still considered current at the end of a given year. It excludes several hundred institutions that hold bank charters but do not principally engage in banking activities, among them industrial banks, nondepository trusts and cooperative banks.

The projections assume future Fed funds rates and 10-year Treasury yields based on a monthly survey of more than 60 economists conducted by The Wall Street Journal. Interest rate assumptions for 2019 and 2020 are based on the Congressional Budget Office's annual outlook. S&P Global Market Intelligence does not forecast changes in interest rates or macroeconomic indicators and aims to project what the banking industry will look like if the future holds what most economic observers expect.