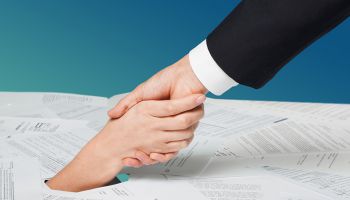 Banking industry groups notched a major win when President Donald Trump signed a law rolling back several Dodd-Frank regulations May 24, but the smallest banks might not see significant benefits.

The legislation—officially called Economic Growth, Regulatory Relief, and Consumer Protection Act but commonly referred to by its bill number, S. 2155—has numerous regulatory relief provisions. Much of the analyst and media reaction has focused on an increase to $250 billion from $50 billion in the asset threshold for systemically important financial institutions.

For smaller banks, the relief appears more modest. Some of the law's provisions meant to ease regulatory burden will have little impact for a simple reason: Small banks were already exempt. Provisions such as qualified mortgage status for loans held in portfolio, higher leverage at bank holding companies, a lengthier exam cycle and a shorter call report were all already available to banks with less than $1 billion of assets.

"I'm not so sure it's a game-changer," said R. Lee Burrows Jr., CEO of Banks Street Partners, an investment banking firm focused on financial institutions.

"Regulatory compliance is really death by a thousand cuts," Ireland said. "There are a handful that [the law] addresses, and that is going to reduce burdens, but is it going to fundamentally change the math? Probably not."

Mortgage relief is there, but Dodd-Frank remains intact

Community banks will see some benefits from the legislation, in particular when it comes to mortgage regulation. Banks under $10 billion in assets can now secure qualified mortgage status for any mortgages held in portfolio. QM status offers banks substantial legal protection, which has caused many lenders to exclusively originate QM loans. But most very small banks will not see any change since they already qualified for the Consumer Financial Protection Bureau's small creditor exemption, which was available to banks with less than $2 billion of assets originating fewer than 2,000 mortgages per year. According to S&P Global Market Intelligence data, less than 1% of qualifying lenders—51 out of 5,143 institutions—originated more than 2,000 mortgages in 2016.

"As a practical matter, it's a very narrow band of additional relief," said Richard Gottlieb, a partner focused on financial services at law firm Manatt Phelps & Phillips LLP. "It's obviously highly impactful to that narrow band."

Another provision in S. 2155 exempts banks that originate fewer than 500 mortgages per year from advanced data reporting under the Home Mortgage Disclosure Act. Bankers have cited the additional data as cumbersome to gather while expressing fears it could increase liability to accusations of fair lending violations.

"If you're a smaller bank, getting out from the harshest aspects of HMDA is a really big deal," Gottlieb said.

Others are more skeptical. "The advanced HMDA reporting is close enough to going into play that a lot of them had already made whatever arrangements they had to make for it, so it's not clear how much it really saves," said Laurie Goodman, co-director of the Housing Finance Policy Center at Urban Institute, a think tank.

S. 2155 includes a number of other mortgage provisions related to appraisals, escrow requirements and capital weighting for development loans. While experts said it could increase consumer choice, it is unclear whether the measures will translate into significant cost savings for banks.

"There are several, very selective changes that address important issues that the industry had raised, but it's not a radical departure from Dodd-Frank," said Richard Andreano Jr., practice leader of the mortgage banking group for law firm Ballard Spahr.

Capital gets easier, but cost saves not clear

In addition to mortgage relief, small bank advocates have touted the potential for capital relief. S. 2155 allows community banks to opt out of Basel III, a capital regime bankers have decried as overly complicated, as long as they have less than $10 billion of assets and meet a tangible equity leverage ratio. The exact ratio will be determined by policymakers but must be between 8% and 10%. S&P Global Market Intelligence analysis from December 2017 found that 94% of community banks had leverage ratios above 10%, so most should be able to qualify.

"[Banks] might be able to reduce their administrative cost, but that's hard to ballpark," Killian said. For example, a bank's administrative staff might spend 20% of its time complying with Basel III, but that does not mean the bank can cut its staff by 20%.

"I wouldn't overplay the potential for cost saves by opting out of Basel III and into the community bank leverage ratio," Killian said.

There is debate about what impact S. 2155 will have on deal activity in the banking sector. Republicans touting the bill and some industry trade groups say it will allow community banks to remain independent.

"The less rules and regulations and cost that banks have, the more they're able to stay independent and not have to merge up to get to a larger asset size," said Paul Merski, group executive vice-president for the Independent Community Bankers of America.

But analysts at Compass Point Research & Trading LLC called the legislation "substantially bullish for banks and bank M&A." Bankers at recent conferences have said the law will trigger more large-bank M&A. There could be more small-bank deals too, as the legislation expands the small bank holding company policy statement to banks with $3 billion of assets, enabling them to take on more leverage, which provides more ammunition for acquisitions.

"I think it will facilitate the financing of small-bank M&A," Killian said. The policy statement allows banks to take on more debt, which is much cheaper than common equity but increases potentially risky leverage, he said.

Very small banks have been driven to M&A not only by regulatory burden but also by secular trends such as rising technology costs.

"I don't see [S. 2155] accelerating or decelerating the pace of M&A," Burrows said. "We're in a steadily consolidating industry, and those trends are going to continue for the foreseeable future."

This article originally appeared on S&P Global Market Intelligence’s website on May 25, 2018, under the title, "For smallest banks, regulatory relief bill not a game-changer"