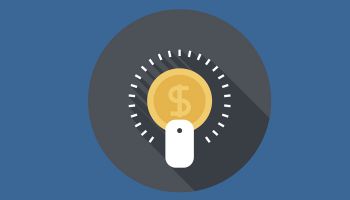 Tacoma, Wash.-based Columbia Banking System Inc.'s $644.1 million bid to acquire Pacific Continental Corp. in Oregon would broaden the buyer's reach in the Pacific Northwest and enable it to leap over the consequential $10 billion asset threshold, but the relatively high price concerned some investors.

Columbia's stock fell more than 2% in morning trading Jan. 10, the day after it announced its plan to buy out Eugene, Ore.-based Pacific Continental in a deal that executives expect to generate double-digit earnings accretion and substantial cost savings, but one that the companies said also carries a price tag that works out to just above 3x tangible book value. That is well above the average for bank deals over the past year. The industry average deal value in 2016 equated to less than 2x tangible book, according to S&P Global Market Intelligence data.

Past the pricing, deal appeals

"Transaction multiples look a little rich relative to others but the deal makes sense strategically, culturally and is complementary from a product & geographic perspective within the Pacific Northwest," Piper Jaffray analyst Matthew Clark wrote in a report.

Clark also noted that the deal price reflects in part a run-up in both companies' stocks over the past couple months. Bank stocks overall have rallied since Donald Trump was elected in November to become the next U.S. president. Trump's campaign platform included calls to reduce corporate taxes and ease regulations, a pair of developments that would benefit banks.

Working from the deal's fixed exchange ratio (Pacific Continental shareholders stand to receive 0.6430 Columbia common share for each Pacific Continental share they own), and excluding price appreciations for both companies since the Nov. 8 election (about 30% for the buyer and 25% for the seller prior to the deal announcement), Clark said the deal multiples would have appeared "more reasonable." For example, he said, the deal value would have equated to 2.34x tangible book value.

The deal, slated to close in mid-2017, would bring together two banks with similar workplace cultures and would boost Columbia's presence in key Northwest markets, executives said during a Jan. 10 call to discuss the transaction. The acquisition would give Columbia the No. 1 deposit market share in Eugene, the second-largest market in Oregon, and enhance its efficiency in the state's largest market, Portland. It would do the same in Seattle, the largest metropolitan area in the Northwest.

The deal would increase Columbia's presence in Oregon by nearly 50%, executives said.

The combination would create a bank with more than 150 branches across Washington, Oregon and Idaho. The two banks are likely to consolidate overlapping branches, feeding expectations for costs savings of about $19.4 million, or 34% of the target's 2017 estimated noninterest expense base. The savings are projected to be 85% phased in next year and 100% thereafter. 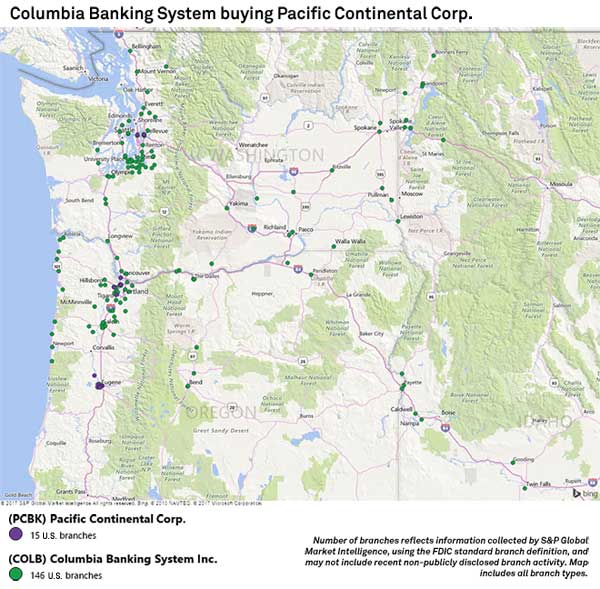 The savings would bolster earnings next year and beyond. Columbia said it expects 8% and 10% EPS accretion in 2018 and 2019, respectively. The buyer projected it would earn back 6% dilution to tangible book value in about 3.7 years.

"We truly believe it's compelling," Columbia President and CEO Melanie Dressel said during the deal call.

Making up for “Durbin impact”

Also of note, Columbia will increase in size from about $9.5 billion in assets to roughly $12 billion, pushing it well over a key threshold. At $10 billion in assets, banks face higher regulatory scrutiny and a cap on debit interchange income linked to the Durbin amendment. Acquisitive community banks in recent years often have used deals to vault over the Durbin line, efficiently packing on earning assets that can more than offset new costs.

Beginning in the third quarter of 2018, when the rule would kick in for Columbia, the bank estimates Durbin will cost it about $9.8 million annually, before taxes, in interchange revenue. Columbia executives said the combined bank will absorb that financial hit and still grow earnings substantially.

Despite Trump's promises to roll back regulations, observers said that, in 2017 at least, it still makes sense for banks closing in on $10 billion in assets to consider acquisitions that would help them hurdle the Durbin threshold.

"I doubt deregulation will be as far-reaching as a lot of bankers would hope for," Jacob Thompson, a managing director of investment banking at SAMCO Capital Markets, said in an interview. He said regulations are likely to get eased, but wholesale repeal of major rules such as the Durbin amendment are hardly sure things, and any major changes could take years. "Nothing moves quickly in D.C.," Thompson said.

"So in the near term, the next 12 to 18 months, I think the motivating factors for M&A remain the same," including surging past the $10 billion mark, he said. "It's a scale game."

This article originally appeared on S&P Global Market Intelligence’s website under the title, "Columbia Banking System to surge past $10B, but deal carries lofty price tag"