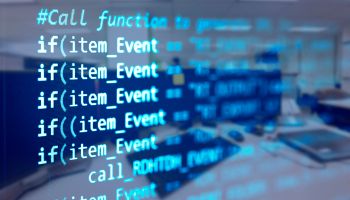 The quintessential dimensions of core banking solutions, such as defining and replicating products, processing transactions, and general ledger mapping and accounting, could become obsolete due to the arrival of blockchain technology.

Much effort may initially be needed to replace such functions using blockchain technology. But once the substitutes are fully evolved, core banking solutions could either become gradually redundant or lose their importance.

Here are some areas where we will first see this play out:

Smart Contracts: Smart contracts are essentially a set of business rules that can be added/modified as per product requirements.

Because the concept of blockchain is that it is distributed, rolling out product characteristic blocks across different locations grows easier.

Only the set of business rules must be addressed—i.e. for a savings account, there will be business rules to apply interest or limit the number of transactions per month. However, in the case of checking accounts these business rules may not be applicable. Thus, by tweaking the business rules, the rollout of standardized or localized products to different locations will be easier.

The lifecycle of loans can also greatly benefit from the smart contracts concept. Moreover, the ability to share legal and regulatory documents among various parties will be easier to handle on a blockchain. Thus the contracts managed in core banking platforms will be redundant.

Know Your Customer: Presently, KYC data capture and management are cumbersome tasks. Shared KYC records among banks on blockchain can be a potential problem solver and make compliance simpler.

Imagine this: If different banks trusted each other’s KYC process by agreeing to standard rules, then the burden of KYC could be reduced drastically by using blockchains. Gradually it could work like a single data source and unify business rules for all banks on the blockchain. Hence shared KYC records could replace individual banks’ KYC records.

Loan Syndication: Syndication for corporate loans is an area that can significantly benefit from blockchain technology. Different steps of syndication could be executed much faster and in a cost-effective manner. Maintenance and servicing of syndicated loans on blockchain technology will be easier to handle compared to the current scenario of each bank maintaining and managing their own records. Moreover, loan servicing on blockchain will be more real time, thereby leading to redundancy of such data managed by core banking platforms

Clearing and Settlements: This is one area where early action on blockchain technology has already begun. The potential benefit is reduction in processing time, a more real-time settlement as compared to the current scenario. Other advantages will be the availability of audit trails that are tamper-proof, as well as a reduction in per-transaction cost. Under the blockchain regime, the possibility of gross settlement (or “true settlement,” as it is often called) can be executed effectively and in a more time-efficient manner than net settlement.

This will result in higher transparency and lesser reconciliation. What it will lead to is core banking platforms losing their involvement in the process.

General Ledger and Reconciliation: One of the most painful areas of legacy core banking solutions is general ledger reconciliation. Almost every bank faces this challenge.

The question is: What is the need for reconciliation if a system was handling accounting entry validations? The answer is that there were exception situations that weren’t considered before, hence entries were passed to some other GL for the time being. Because there was no immediate solution for reconciliation, procrastination often resulted.

GLs in core banking solutions are generally defined as sub GLs under the enterprise GL. The sub GLs, as rationalized during the time that the chart of accounts was set up, could not evolve with time. Hence reconciliation became tougher.

Blockchain technology’s will help the reconciliation scenario in an exception situation better, and since it is shared, there are now more eyes watching the situation versus the current scenario.

Core banking systems will face tremendous challenges from different disrupting forces. Enormous effort and lines of code may be necessary for blockchain technology to replace traditional core, but it is surely going to be a major threat to the legacy platforms—if not a death knell.