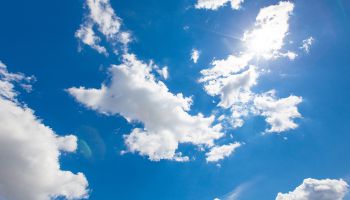 Real estate experts polled generally see an upbeat outlook for both commercial and residential real estate. Some markets will see issues, however, and potential spoilers can't be ignored.

Real estate executives became more optimistic about their industry’s outlook after the election of Donald Trump, according to the annual Akerman U.S. Real Estate Sector Report released in mid-April.

The survey found that 64% of the real estate executives interviewed after the election expect the Trump administration’s agenda of deregulation and tax reductions to have a positive effect on their industry. When asked about their outlook for the 2017 commercial real estate market, 53% were optimistic—compared to only 38% last year.

Yet their hopes appear to be tempered with realism: 85% said that higher interest rates and the unintended consequences of policy changes could have detrimental effects. Respondents have been balancing post-election expectations against post-inaugural realities.

“In our firm, we’re bringing together real estate specialists and tax specialists to keep an eye on what’s happening, and I see our clients doing the same thing,” says Richard Bezold, chair of Akerman’s Real Estate Practice Group. Akerman LLP is a law firm network known for its work within the financial services and real estate industries.

Real estate executives are paying closest attention to talk of changes in the federal tax code, which could dramatically affect their business.

The most surprising finding in the Akerman report is that real estate experts predict that the building of single-family houses will outpace multifamily development this year—for the first time since 2010. Experts surveyed say investors are focused on planned-community models that provide the urban amenities today’s home-buyers seek, but in scalable communities away from city centers.

“Reston is a good example,” Bezold says, speaking of a planned community outside Washington, D.C. “It replicates the live-work-play model, but in an area where it could be very well planned and where people might pay less than if they moved into a dense urban area.”

The niche appeals both to millennials, who like downtown living less after they have children, and baby boomers looking for a compact community that will remain accessible as they age.

“Many of these people don’t necessarily need the full scope of a major downtown city and the problems that come with that,” Bezold says.

Millennials still are more likely to rent than to own; the housing boom reflects their choice to rent houses instead of apartments. The homebuilding surge is likely to be a boon to banks, the report predicts, especially if mortgage regulations relax.

“The residential market was probably the sector most affected by Dodd-Frank regulations, which turned lending business away from smaller localized and private lenders and drove the residential mortgage game to government lending programs,” the report states. “Any relaxation of the Dodd-Frank rules is likely to open up that pipeline again, resulting in a pickup in consumer lending and allowing the smaller middle-American markets to feel the effect.”

Real estate executives expect banks also to be the primary source of commercial real estate debt or equity in 2017, with foreign investors and private equity ranking second and third.

Commercial real estate leaders rank technology among the three most significant factors affecting development, according to the report. Some brick-and-mortar stores are struggling as customers turn to online shopping, but the change “from bricks to clicks” has led to a corresponding demand for warehouse space.

All is not lost for retail development, however.

“If you take a strip mall and focus mainly around restaurants, those are doing quite well,” says Bezold.

Still, the need for industrial storage facilities remains a sure bet. “Look at shopping centers that are grocery-anchored. They still need a facility to hold all that food,” he says. “There will be a lot of consolidation, with the Amazon-type businesses, but there’s going to be a need for a different kind of industrial space along with it.”

Despite such need, only 6% of experts surveyed for the Akerman report predicted that the industrial sector will be the most active in real estate transactions this year.

That number reflects not weakness but strength: Industrial real estate is perceived as so solid an investment that very little of it will be for sale. Its metrics are robust, with net absorption outpacing completions, 12-month cap rates dropping to 5% in the third quarter of 2016, vacancy rates dropping to 9.2%, and rent growth at 8.2% per square foot.

The report cited a recent analysis of industrial real estate that concluded that in the nation’s top 20 markets, only four— Baltimore, Indianapolis, Manhattan, and Boston—have economic indicators that justify selling industrial property.

“For investors, industrial makes a solid defensive play against a possible downturn,” according to the Akerman report.

Reset in the offing?

Why talk of a potential downturn?

A Republican in the White House makes a downturn more likely, according to research by Princeton University cited in the report. The research holds that recessions happen four times more frequently under Republican presidents than under Democrats.

“Figures like this provide a sobering context for the ongoing, open question in real estate circles about the likelihood of an economic reset or a recession,” the Akerman report states. “Most observers say that a reset is coming, and it may happen in 2017—but when and where is another matter.”

Bezold says that’s more likely to take the form of separate market corrections. “Instead of a major reset for everyone as we saw in 2007, 2008, and 2009, we’ll see corrections in markets where there’s been overbuilding.”

An example he cites is the multifamily market, specifically in New York, Los Angeles, Houston, and Miami.

“If one city has overdeveloped in condos, we’ll see a drop in those prices,” Bezold says. “In some cities, there will be a reduction in new products coming online. We’re not seeing from our clients that all real estate will come to a halt or have a major correction.”

“Some commercial real estate investors are still looking for properties to rehabilitate and sell. That pool is smaller than it was right after the recession, but there are still clients looking for that,” Bezold says. “Another segment is looking to invest in good, solid projects for the long-term. They’re willing to take smaller returns in exchange for stability.”

The same is true of foreign investors, who consider the U. S. the safest place to invest money—not necessarily for rapid growth but for the stability of investments, Bezold says. While foreign investment in the U.S. commercial real estate market is down slightly compared to 2016, it remains healthy, with more than $80 billion invested and more expected.

The primary foreign investors—by far—are from China, and real estate executives told the Akerman survey that they not only expect China to remain in the forefront; they project diminished investment from all other countries.

“In part it’s because a lot of these different regions are having their own problems and don’t have capital to invest outside of their own markets,” Bezold explains. “Take Latin America: It has wealthy individuals and companies, but they’re dealing with currency exchange rates and uncertainty at home, and we’re trying to figure out where our policies are going as well.”

Seeing both foreign and domestic investors demonstrate so much confidence in real estate is very positive, Bezold says, and underlies the findings of the Akerman report.

“There’s the potential for rising interest rates, but most of our respondents are remaining confident,” he says. “About 81% are feeling good about the job creation situation, and for CRE that’s a very important factor—it brings the need for more office space, more homes.”

While there are concerns about the effects of new policies, the report found that more real estate executives than not expect the changes to be positive.

“Most of our clients are looking at this as an opportunity to continue to grow,” Bezold says. “If there’s a drop in tax rates and [the administration] can do what’s been talked about—allowing companies to write off capital investment expenses immediately as opposed to writing them off over time—they’ll be able to do more because they’ll have more cash.”