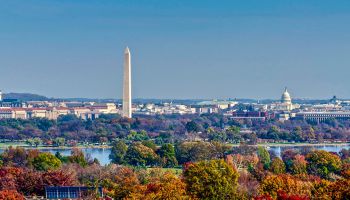 Bankers don't like UDAAP. But the House financial services package may contain changes that will also make their unhappy, argues a compliance veteran.

Whether the 589-page bill will ever be signed by President Trump in its current package form is not something even its House champion stakes his political capital on. Most handicappers of a Dodd-Frank Act rollback expect smaller legislative bites to be the more realistic path to trimming the behemoth that passed in the wake of the Great Recession.

Among the morsels that might be selected from the policies contained in the CHOICE Act concerns the unpopular UDAAP, expanded by Dodd-Frank from the original UDAP. The new legislation would strip authority for unfair, deceptive, and abusive acts or practices enforcement from the Consumer Financial Protection Bureau and return it to the prudential regulators and the Federal Trade Commission.

As contained in the CHOICE Act, the UDAAP amendments eliminate the “abusive” practices authority as a component of UDAAP, returning to the longstanding UDAP—the “unfair” and “deceptive” authority recited in the Federal Trade Commission Act.

However, the CHOICE Act further eliminates CFPB authority to pursue any UDAP remedies against any financial service provider. Instead, the legislation bestows on depository institution prudential regulators the authority for each to independently issue regulations defining UDAP standards—rule-writing authority that OCC and FDIC have never had before.

Although H.R. 10 section 737 calls for specificity in UDAP regulations, the bill’s executive summary speaks approvingly of established FTC precedent. That precedent is actually predicated on principles, rather than regulatory detail.

Neither should bankers take solace from prudential regulator control of UDAP standards—not in view of the more than 15 years of enforcement precedent that the banking agencies have created pursuing dozens of cases with multiple variations of UDAP interpretation.

Giving OCC and FDIC new UDAP powers that will increase both their enforcement and supervisory authority is hardly a recipe for diminishing consumer protection compliance risk.

Something sometimes lost in the industry’s dislike of CFPB is a change that Dodd-Frank brought about: increased oversight of nonbanks’ activities.

A further ramification of H.R. 10 relevant to UDAP enforcement is the elimination of supervisory authority over non-bank financial service providers. Think about that a moment. Taking CFPB out of the picture leaves nonbanks uncovered. This amounts to a return to the unlevel playing field that banks were subject to in the run-up to the financial crisis.

Beware of the tradeoff

Rescinding the uncertainties replete in the Dodd-Frank-introduced “abusive” standard is a positive step forward in regulatory reform. Doing so assures that both consumers and providers understand the rules that govern the financial marketplace and each shoulders their respective burdens of responsibility.

However, differentiating government regimes involving banks versus non-banks will only undermine consumer protection and further handicap insured depository institutions from competing with the expanding non-bank financial technology companies that are invading the market without compliance or capital oversight.

As Congress proceeds with its consideration of re-balancing financial regulation, banks—and community banks, in particular—must actively engage with their purported legislative allies.

They must make sure that the good intentions of facilitating consumer choice and enhancing beneficial financial services do not return us to a market that creates advantages for unsupervised and unsound predators at the expense of the safe, sound, and responsible industry that bankers represent. 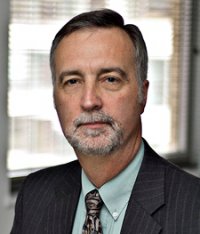