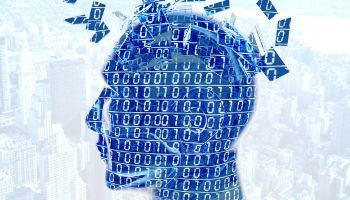 Consultants at Promontory Financial have been teaching IBM Watson, the supercomputer, in bank compliance responsibilities.

Compliance officers frequently speak of the challenge of information overload. Certainly they could sympathize with this fact:

“It would take physicians 29 hours of reading each work day to stay abreast of new medical research, let alone educate themselves about past discoveries. … Additionally, there is a clear gap between the information that is readily available and physicians’ ability to assimilate and apply it.”

That state of affairs, described in an IBM blog, inspired what became IBM Watson for Oncology, a subset of the array of services IBM has been developing for health services using its supercomputer.

“Our goal is to have people doing the right things rather than looking for needles in haystacks,” explains Alistair Rennie, general manager, Watson Financial Services Products.

Any compliance officer who has spent an entire morning researching the answer to a question about the nearly 50-year-old Truth in Lending Act can appreciate that. Often, the answer doesn’t lie in one single document. Most new developments in the field fit into a wide and deep body of compliance data, and ongoing learning is part of the compliance job. Compliance officers were among the first in banking to latch onto the internet as a working resource.

“We took a step back and looked at major areas of concern for our financial clients,” says Rennie, and a key one was the feeling that the industry is constantly in reaction mode.

“That’s clearly a pressure,” Rennie says. “If we don’t start applying other techniques to this, it won’t change.”

Eugene Ludwig, founder and CEO of Promontory, says he became interested in technology that could tackle compliance, from the regulatory side, when he was Comptroller of the Currency. OCC had a system called “Examiner View” that was an early attempt to synthesize what examiners were learning in the field. It helped, to a point.

“Prior to Watson, the systems available were less robust,” says Ludwig.

IBM sees Watson as serving as much more than a glorified search engine. A search engine just organizes a stack of reading, including laws, rules, regulations, enforcement actions, guidances, interpretations, key regulatory speeches, and more. There’s no digestion—just an assembly of data—and there’s always the worry that search terms left something out. Even a keyword search in a document isn’t foolproof. Ever try searching a PDF for something you know is there, but you can’t find it?

Eventually, a compliance officer could query Watson on a specific task and be presented with many relevant facts, pinpointing exactly what relates to the query in the context of the bank’s size, location, and other factors. The compliance officer could then customize recommendations and action steps for their particular organization based on what is learned.

Watson, says Rennie, will be able to “read, understand, and be able to work through data in order to find out the bank’s obligations.”

“You can train a Watson to look through the haystack better,” says Rennie. (Earlier this year IBM introduced Watson for Cyber Security, designed to amass and analyze thousands of cyber alerts and research reports to help security centers tackle developing threats.)

IBM and Promontory officials avoid the term “artificial intelligence” when speaking of Watson. They prefer to speak of “augmented intelligence,” acknowledging that the consulting firm’s experts play a key role. Much basic regulatory information must be fed to Watson raw to give it a fundamental source of data, but that’s just the beginning. Classification and tagging follows, as does deconstruction of raw information into key nuggets that can be manipulated.

Cognitive computing is Watson’s key ability. As described by Rennie, this is the ability to gain insight from a mass of unstructured information. Regulatory information might seem to be structured, but there are many interconnections with other information sources, and understanding how regulators think and work helps tremendously.

Rennie also points out that even among regulators, terminology, usage, and style can differ—some speak in “thou musts,” he says, while others speak in terms such as “we recommend.” Getting to answers requires rationalizing all of that, and a key part of the experts’ input is guiding Watson to learn how to draw appropriate conclusions.

Part of what makes Watson tick is neural net technology. Simply put, this is tech that imitates the way the human brain and nervous system work. In terms of functionality, this technology delivers the ability to see how items in a body of knowledge relate to each other.

Humans build on this ability through experience—sometimes through trial and error, sometimes via pain, such as when a child learns that a hot stove will burn its hand.

In computing, Rennie explains, “you want experts interacting with the system, to say ‘yes’ or ‘no’ and to explain why.” The actual “learning” in Watson, boiled down by Rennie, can be expressed as “hypothesis, conclusion, and testing.”

Compliance entails much more than black-and-white words, of course. Many elements of compliance involve factors that don’t fit a formula. Elements of UDAAP, fair banking, and fair lending are examples of these.

Rennie says Watson will in time be able to help with such challenges. He sees banks wanting better early warning systems, which he says Watson can help achieve. Input from the Promontory team will be part of developing this functionality. That, and unstructured information that the bank already has on hand, but has lacked the ability to gather and analyze.

“You can tell a lot about what is going on from client-facing operations, such as call centers and complaint databases,” says Rennie. Cognitive computing’s ability to make sense from unstructured data is the means, here. A recorded call center conversation can impart meaningful indicators, for example. Tone of voice and use of language holds clues that can be analyzed.

Cognitive computing is flexible in how it sifts through data, according to Ludwig, and adapts as it is taught. “It is not static, and that is the advantage,” says Ludwig. “It develops and evolves.”

Ludwig says he has long seen technology as a key part of compliance, and adds that “the case is more compelling than ever.”

“Nobody is saying that the human expert is being replaced,” he says. “This is an attempt to make the best better.” Harking back to IBM’s Watson for Oncology, he points out that Watson hasn’t replaced doctors. The aim is to make them more effective with the ability to draw on more input than people can absorb and utilize on their own.

“Watson has the ability to look at more data than any single human could—there’s just so much out there—and synthesize it,” say Ludwig.

Will the experts at Promontory train themselves out of their jobs?

Not likely. “I view this as the beginning,” says Rennie. “This will be an ongoing process that will get better and better as it gets more use.”

“You don’t ship ‘Release 1’ and declare victory,” says Rennie. From the get-go, IBM has made the point that Watson will be continually taking in regulatory information as it comes up and learning through real-world applications of the technology.

Will only the largest banks be able to tap Watson? Rennie says he and Ludwig believe that smaller banks, with less scale and complexity, will be able to make use of it too—perhaps faster than some larger organizations.

“We’d like to believe that most of this, and our cloud-based services, will be quite accessible by a lot of institutions,” Rennie says.

This article is a preview from the June-July 2017 Banking Exchange magazine.