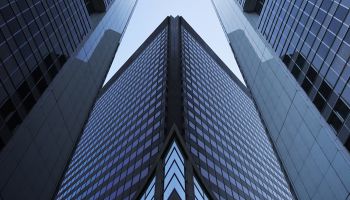 Regulators' heightened focus on banks' commercial real estate, or CRE, concentrations has pushed some institutions out of the business but has not prevented most entities with elevated exposures from growing the asset class.

Bankers say the recent regulatory focus has carried much greater weight than when it first emerged more than a decade ago, but it has not slowed growth at banks with heightened exposures.

When comparing CRE loan growth among banks that had a variety of concentration levels at Dec. 31, 2015, the last period before regulators reiterated the guidance, it seems clear that most banks focused on the business have not backed away from their markets.

Late in 2015, regulators sounded a warning over commercial real estate concentrations due to historically low capitalization rates and rising property values in many markets, reiterating guidance first issued in 2006. Regulators said banks with elevated concentrations—CRE loans exceeding 300% of risk-based capital and growth in the asset class in excess of 50% over the last three years; or construction and development loans exceeding 100% of risk-based capital—would face greater regulatory scrutiny to ensure they were operating in a safe and sound manner. 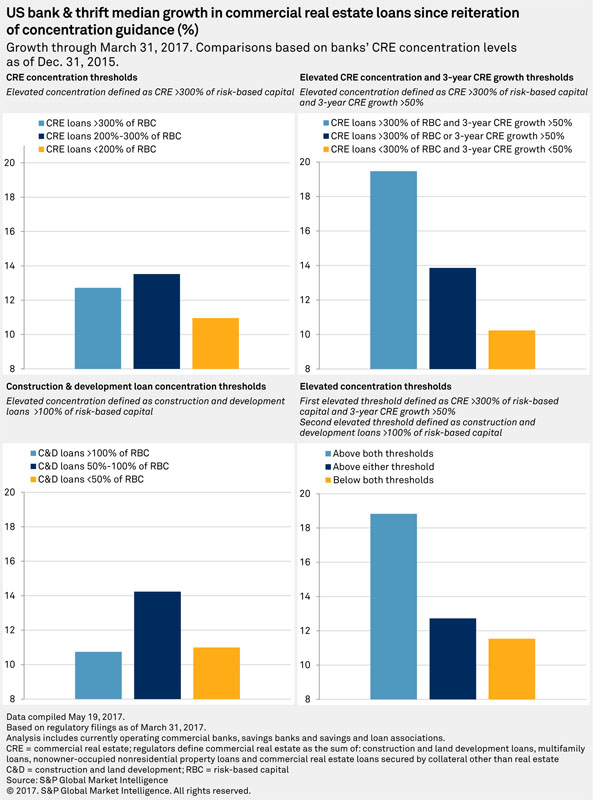 Banks exceeding the first threshold in the guidance at year-end 2015—where CRE loans exceeded 300% of risk-based capital and had grown more than 50% over the last 36 months—have actually grown the portfolios in question the most since then, reporting a median increase of 19.5%. Banks exceeding both the CRE concentration and growth thresholds as well as the construction and development loan concentration guideline reported the second-highest growth rate over the last 15 months. Banks in that category grew CRE loans by a median of 18.8% since year-end 2015.

Our analysis included not just banks operating above the thresholds laid out in the guidance but also institutions with CRE and construction and development loan exposures near the levels flagged by regulators. Banks carefully evaluate crossing the thresholds since they bring additional scrutiny; in some cases, they forgo growth to avoid the extra attention. 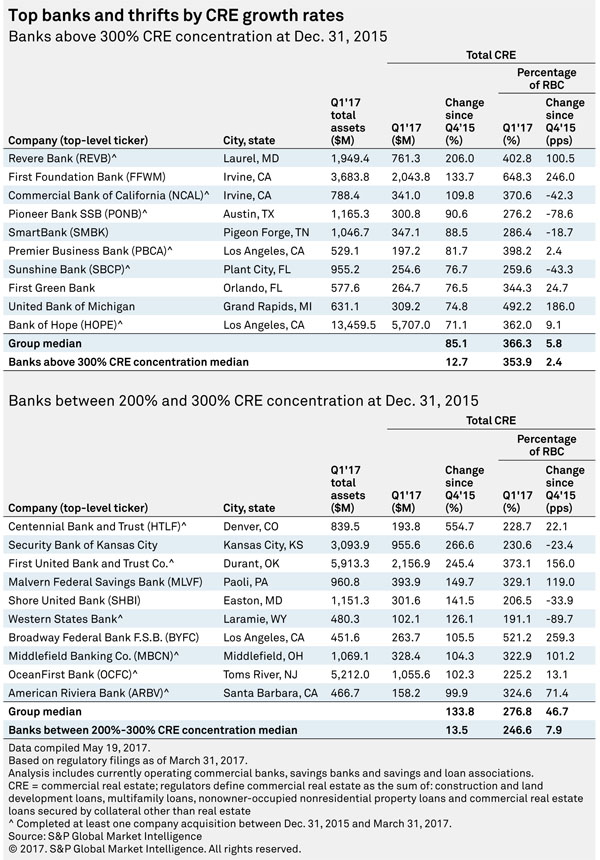 S&P Global Market Intelligence also evaluated banks operating above a single CRE exposure threshold. Some institutions have disclosed informal agreements with regulators to not exceed certain exposure levels, even though they do not meet the growth metrics laid out in the regulatory guidance. For example, New York Community Bancorp Inc. agreed to keep CRE loans below 850% of its risk-based capital.

Some find comfort beyond thresholds

Many institutions operating above the thresholds consider CRE lending a core competency and point out that they focus on certain assets that are considered less risky. New York Community specializes in multifamily lending primarily on rent controlled/stabilized buildings in metro New York.

The Long Island-based thrift regularly highlights that losses on that product have been virtually non-existent during its life as a public company, equating to just 0.2% of all multifamily loans originated since 1993.

Other banks have continued to operate above the thresholds laid out in the CRE guidance. Bank of the Ozarks Inc., for instance, has maintained a concentration that exceeds the levels for some time. Bank of the Ozarks feels comfortable with the practice and touts its risk-monitoring processes.

The company also regularly notes that 70% of its funded nonpurchased loans are generated from its real estate specialties group, boasting an average loan-to-value ratio of 41.8% associated with that business. Bank of the Ozarks notes that only two loans originated by the group have incurred losses since its inception in 2003.

Not falling on deaf ears

Even as some companies operate well above the guidance, there is no question that regulators' warnings have made an impression.

While a number of banks have raised equity or tapped the subordinated debt markets to bolster their risk-based capital ratios, some institutions operating above the CRE guidance have recently sold.

At least four publicly traded banks—CU Bancorp, Paragon Commercial Corp., Stonegate Bank, and WashingtonFirst Bankshares Inc.—that exceeded the thresholds at year-end 2016 have agreed to hand over the reins to another institution in the last few months.

After some institutions exited their respective markets, bankers began reporting better pricing on many CRE loans early in 2017. The Federal Reserve's April senior loan officer survey showed respondents reporting tighter standards for CRE loans. Bankers said they now have a lower tolerance for risk, which contributed to the tighter standards. 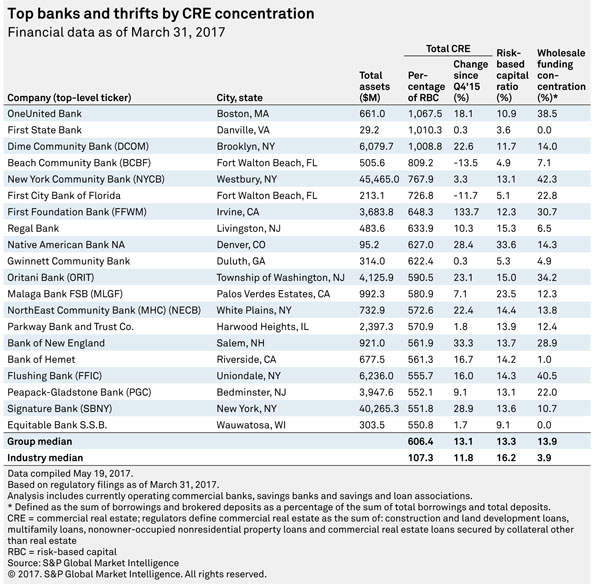 Regulators' focus on CRE is not waning. Even after reiterating the guidance, regulators warned more than a year later that some community banks with higher CRE concentrations were becoming more reliant on wholesale funding, including brokered deposits and listing services.

The FDIC noted at the time that aggressive CRE growth and poor risk management, underwriting, and loan-administration practices were the primary causes of bank failures during the crisis, especially for banks reliant on wholesale funding.

The consistent and heightened focus on the asset class likely will prevent some institutions from growing their CRE concentrations above the levels laid out in regulators' guidance while pushing a handful of others into acquirers' hands. But many more banks with long histories in CRE lending will stick to their knitting and not shy away from the attention that comes when operating with an elevated exposure.