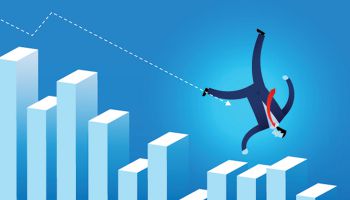 Second-quarter growth in commercial real estate loans continued to outpace overall loan growth in the banking industry, but the number of banks and thrifts concentrated in CRE loans declined during the period.

Sixty-eight banks became concentrated in CRE during the second quarter of 2017, while 86 dropped off the March 31 list. 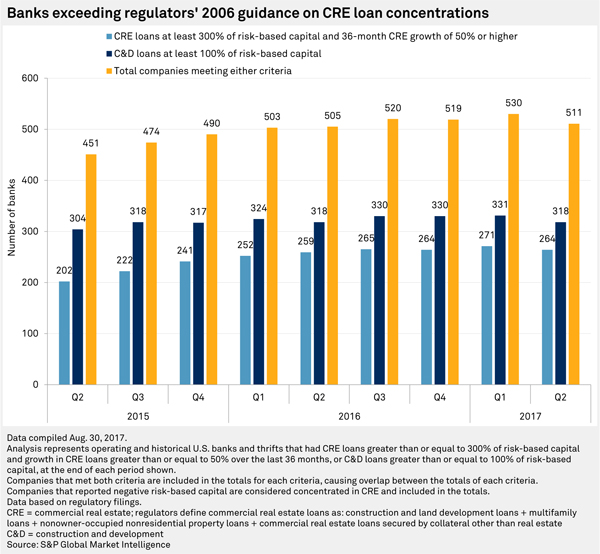 Regulators have guided banks since 2006 that they could be subject to increased regulatory scrutiny if they become concentrated in CRE loans. Regulators define CRE loans in their guidance as: construction and land development loans, or C&D; multifamily loans; loans secured by non-owner-occupied nonresidential, nonfarm properties; and loans used to finance CRE or C&D activities that are not secured by real estate.

Regulators consider a bank concentrated in CRE loans if they meet at least one of two thresholds:

• CRE loans are greater than 300% of risk-based capital and CRE loans have grown by more than 50% during the prior three years. 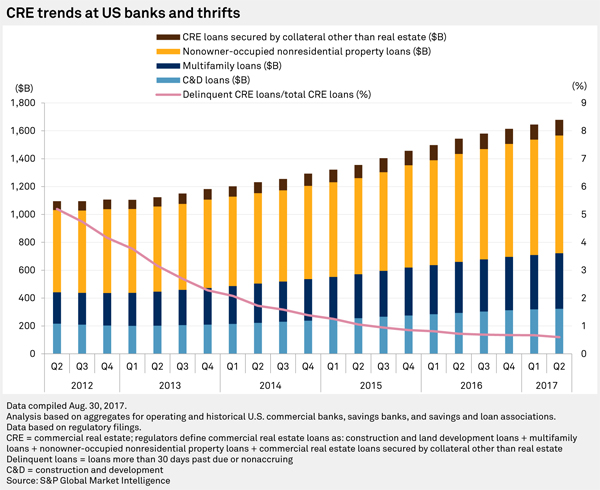 Non-owner-occupied nonresidential real estate loans make up half of CRE loans held at banks and grew by 9.0% year over year. The highest-growing bucket in the CRE loan categories was C&D loans, which grew by 10.1% compared to a year ago.

The largest bank to become concentrated during the second quarter was Vienna, Va.-based United Bank, a unit of West Virginia-based United Bankshares Inc. United Bank has had CRE loans above 300% of risk-based capital since 2013, but it has wavered off and on the list over the years due to the component of the threshold that measures CRE loan growth over the last three years. If the growth is not above 50%, the bank is not considered concentrated under the criteria laid out in the 2006 guidance.

First Bancorp unit First Bank, based in Southern Pines, N.C., became concentrated in CRE due to its C&D loans creeping above 100% of total risk-based capital. 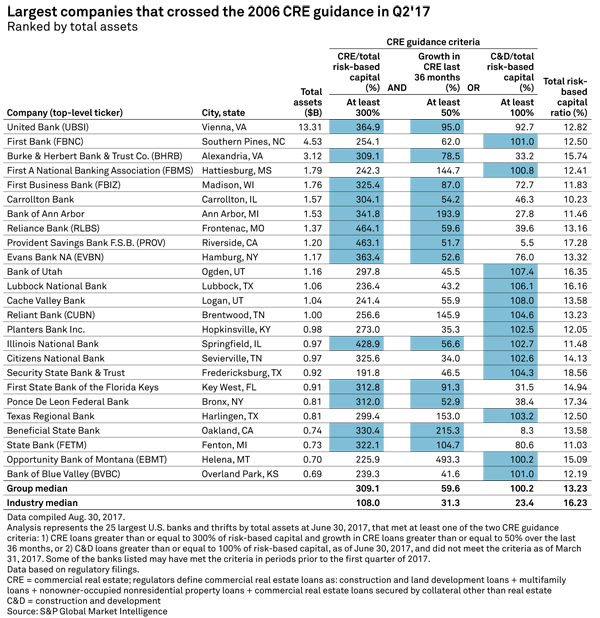