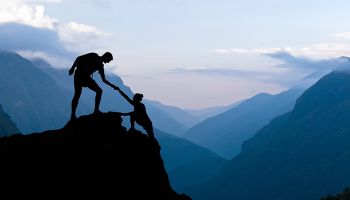 "Trust as a quality or a brand attribute usually isn’t one where you would see customers coming to you because they trust you, but it is one of those factors where if they lack trust they’ll leave for somebody else." Maarten Lagae, Landor Associates

Nine years after the financial crisis, few consumers view the largest retail banks as trustworthy. New results from the first half of 2017, compiled by Landor Associates, a global brand strategy and design firm, put payment companies ahead of retail banks generally, with some notable exceptions.

Perceptions of trust have eroded in all industry categories over the past ten years, according to Maarten Lagae, senior manager of insights and analytics at Landor, but especially in the financial sector. The latest Landor analysis indicates that the trust issues that arose following the financial crisis of 2008 continue.

The BAV polls consumers who are familiar with particular brands, although they are not necessarily customers of the companies behind those brands. Landor does not release full results, only highlights, which mainly relate to individual companies, so it’s difficult to draw too many conclusions. Here are some of the results Landor released:

• For the retail banks, the average percentage of consumers considering these banks trustworthy was 14.5% in 2017.

• The average in 2017 for all financial services companies, leaving out “mobile payment apps,” was 15.1%

Not huge differences at the average level but notable for being low levels of trustworthiness overall. More interesting were some of the individual company numbers released by Landor. One was Wells Fargo. The company’s much publicized troubles have taken a toll. From a 23% trust rating in 2006, the bank dropped to 19% in 2016 and 14.5% in 2017. Also noteworthy, American Express had a trust rating of 17% this year, down from 24% in 2006.

The highest trust rating in the financial services group was PayPal at 30% in 2017. It was followed by: Visa, 25%; Mastercard 23%; Capital One and Chase, both 17%. Landor also included several e-payment brands in its research: Apple Pay and Google Wallet were both trusted by 13% of consumers; Venmo (a mobile person-to-person payment unit of PayPal), was trusted by 10%. Bitcoin brought up the rear at 6%.

What’s behind the numbers

Banking Exchange spoke with Maarten Lagae and Louis Sciullo about the significance of the findings. Sciullo is executive director of financial and professional services at Landor.

Q. Were you surprised that banks appear to still be impacted by the financial crisis nine years later?

Sciullo: No. There has been a long trail of issues that come out periodically since then—for instance Wells Fargo’s troubles—that reinforces that and keep it top of mind.

Lagae: It’s much easier to lose trust than it is to build trust. Also, financial institutions are pretty terrible at differentiating themselves from one another. So it’s no surprise that if Wells Fargo misbehaved, other companies get dragged into that perception.

Q. Does the survey break out results by size of institution?

Lagae: No, we haven’t done that. But I think one of the reasons consumers mistrust the institutions covered is their size. You feel pretty powerless as an individual when dealing with an institution of that size.

Q. Bankers often say that even though consumers don’t like or trust “bankers” or “banks,” they like their banker or their bank. Do you see support for that in your study?

Sciullo: There will be individual cases where that’s true—for example, with a community bank that’s sponsoring things locally and whose footprint is visible to the community. If your bank is a big chain you may be less aware of the things that they do that help to grow the community. Certainly for a credit union or another financial institution facilitating finance for underserved markets I could easily see those customers feeling differently about it.

Lagae: A great way to gain trust and keep trust is to build more intimate relationships with customers. That might be something regional banks are much better at than national networks.

Living in Manhattan and dealing with Chase as my main bank, I don’t think I’ve ever spoken to the same person twice. Every time I go in the person has been replaced or promoted.

It’s impossible for me to build a personal relationship.

Q. Lack of a personal relationship is not the same thing as not trusting, however. Is there a distinction between distrusting and not feeling well served?

Lagae: I think there’s an overlap.

Feeling not well served implies the company is serving its own agenda and not mine. But I do agree that it doesn’t necessarily mean that I distrust the institution.

But there’s a huge opportunity for Chase and other banks to think more about how they use the humans in their organizations to build those relationships of trust.

Trust is a very basic human emotion compared with some of the other things that a bank may want to promote.

Q. Several large banks are piloting, or have launched, digital advisors—chatbots. Capital One’s “Eno” and Bank of America’s “Erica” are two. Some people think this could help because today people relate more to a digital advisor than to a human. Do either of you agree with that?

Lagae: That’s an interesting question, but it’s early. Millennials as a growing segment for financial institutions are the first to adopt new services that are more transparent; they are just more open to change the way they do things and how they interact with companies.

Again, using my personal experience, we just adopted Alexa into our household. Amazon makes it an experience that reflects human interaction. It’s voice-based, she has a name. Even though it’s a piece of technology they’re trying to make it as human as possible because that immediately triggers those warm feelings of trust and intimacy.

Our founder, Walter Landor, had this great quote: “Products are made in a factory, brands are made in the mind.”

And that’s exactly what this research is about. Brands as a mental construct bring up a lot of associations. Because of the 2008 events and other events those associations are less likely to instill trust in financial services than we would see in other industries.

Q. How do you define “trustworthy” for the purposes of the research?

Lagae: We ask consumers several up-front questions: “Are they familiar with a brand”; “Do they consider a brand to be a preferred brand in the category or one of many they would use?” And then we ask them to tell us which values or attributes they associate with that brand. The word “trustworthy” is one of the attributes listed.

Q. Even though some of the companies in the survey have low trust scores, they don’t seem to be doing too badly in terms of business success—including even Venmo, which scored quite low. How would you account for that? How significant is being a trusted brand to a company’s ability to succeed?

Lagae: Trust as a quality or a brand attribute usually isn’t one where you would see customers coming to you because they trust you, but it is one of those factors where if they lack trust they’ll leave for somebody else.

You’re right that Venmo doesn’t score very high but is growing rapidly. Just keep in mind that the BAV survey doesn’t make a distinction between actual users versus the general public. In that sense, it’s meaningful that Venmo has just been in the market for a couple of years versus some of these firms being in the market for decades if not a century.

Sciullo: Trust is something you earn. I think many disruptive players have yet to really see what can happen when something goes wrong—that’s the true test of these things.

We have many things now that can go wrong that have never been the case before, like cybersecurity and fraud. So I think it’s wait and see. Newer players get a “hall pass” on that for a while.

Lagae: Here at Landor, when we think about brand experiences we use a model where we look at different elements of the experience. We consider “trustworthy” to be a hygiene factor. In other words, if you have it, that’s great, but nobody will ever be surprised by it. But the minute you fail on that basic factor, that’s when things go really wrong, because consumers will question everything.

Typically in marketing and branding, you want to look more at differentiating or even delighting—things that only people who deal with you directly know, and for which they truly appreciate you. It’s often something very emotional such as the way you are greeted or how they care about you.

But trust is a fundamental to any experience you can build. It’s the start of all other things.