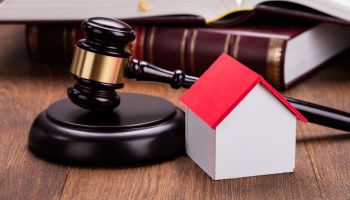 Community banks might soon get a much-needed advantage over their gigantic peers in the mortgage space.

A proposed Dodd-Frank Act reform in the Senate would apply the "qualified mortgage" standard, or QM, on any mortgage held in portfolios for banks with less than $10 billion in assets.

Banks are not required to issue qualified mortgages, but the standard provides banks significant legal protection. Mortgage originators have to abide by Dodd-Frank's ability-to-repay rule, which requires that lenders underwrite mortgages on eight factors such as income and debt load.

If a borrower defaults on a mortgage, he or she can sue the lender for significant damages if there is proof that the lender failed to abide by the ability-to-repay rule. If the mortgage meets the QM standard, however, banks receive "safe harbor" protection from lawsuits. Currently, QM requires the borrower's debt-to-income ratio to be less than 43%, and the standard prohibits certain features such as interest-only periods.

A closer look at QM

Community banks have recently fallen behind both their larger peers and nonbank lenders in mortgage loan growth, and industry groups have argued that the current requirements to meet QM have dampened the ability of banks to offer credit. In recent years, smaller banks have reported weaker growth in mortgages than their larger peers, which benefit from a scale advantage. 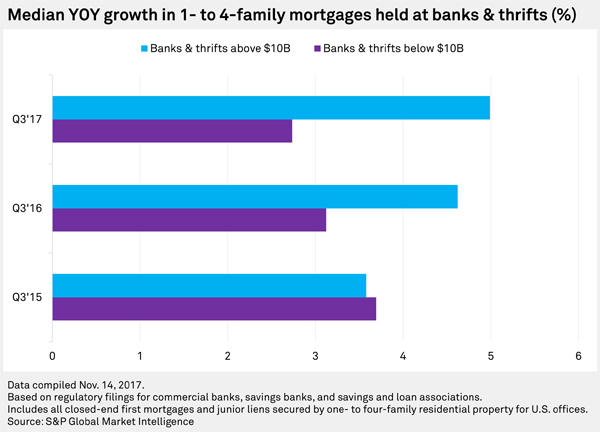 "Bankers can underwrite credit risk, but they cannot underwrite legal risk," wrote Ron Haynie, senior vice-president for the Independent Community Bankers of America in a letter to the Consumer Financial Protection Bureau requesting QM status for mortgages held in portfolio for banks with less than $50 billion in assets.

And the Mortgage Bankers Association has reported that many lenders are limiting themselves to QM loans only, meaning some creditworthy borrowers "have trouble gaining access to safe, sustainable and affordable mortgage credit."

But researchers at the Urban Institute's Housing Finance Policy Center, a nonpartisan think tank, are skeptical about whether QM has restricted mortgage credit. Certain risky mortgage structures, such as interest-only periods, were abandoned by the market before QM became effective in 2014. And the share of mortgages with debt-to-income ratios above 43% appear relatively unchanged, especially because loans eligible for purchase by Fannie Mae or Freddie Mac are automatically deemed QM.

Ultimately, the Urban Institute data suggests that "the rule has had little impact on the availability of mortgage credit," researchers wrote.

Whatever the impact of QM on credit availability, community banks would likely benefit from securing QM status for all loans in portfolio.

"[Not having to underwrite them] to those strict standards lowers the cost of credit to consumers," said Gerry Sachs, a partner focused on consumer financial services for Venable. And Sachs said community banks have a convincing argument for the regulatory relief: They generally were not the originators of the worst subprime mortgages that triggered the 2008 financial crisis. 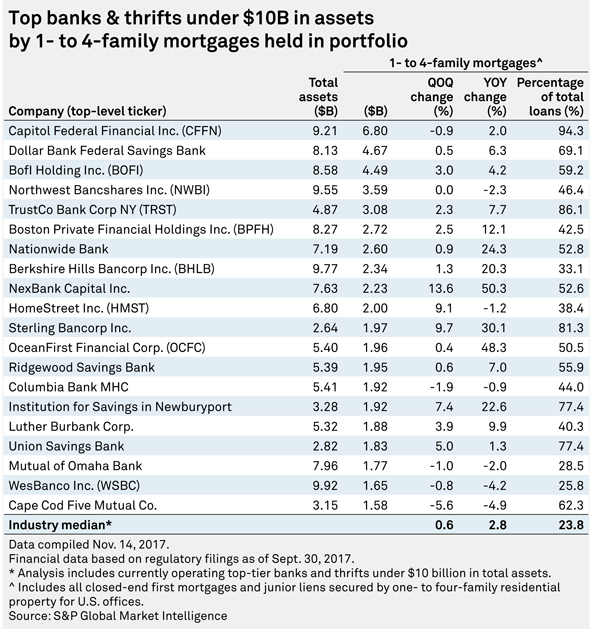 Community banks, when defined as having less than $10 billion in assets, could use the help.

Nonbank mortgage originators have increasingly won market share in recent years, surpassing banks for aggregate market share in 2016 for the first time since the crisis.

And even among banks, small banks are losing ground to their larger competitors. In 2015, community banks' mortgage loan growth was on par with their larger competitors. But a gap emerged in 2016 and has grown this year. In the 2017 third quarter, the median year-over-year mortgage loan growth figure for community banks was just 2.7%, compared to 5.0% for banks with more than $10 billion in assets.