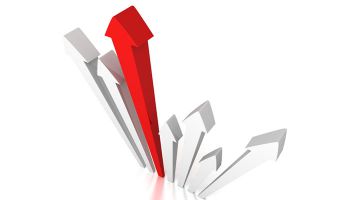 More than one trend at play in U.K. marketplace lending arena.

With its fintech-friendly regulatory environment, the United Kingdom is in some ways a bellwether for trends in the U.S. and elsewhere. Hence the alternative finance market performance in the U.K. in 2016 is significant beyond its borders.

The just-released fourth annual UK Alternative Finance Industry Report by the Cambridge Centre for Alternative Finance (CCAF) found that the online alternative finance market grew 43% in 2016 to £4.6 billion ($6.14 billion) from £3.2 billion ($4.27 billion) the previous year. The Centre surveyed more than 8,300 investors and lenders of online alternative finance, as well as 77 crowdfunding and peer-to-peer platforms in the U.K.

“With equity-based crowdfunding now accounting for 17% of all seed and venture stage equity investment in the U.K., and peer-to-peer business lending providing an equivalent of 15% of all new loans lent to small businesses by U.K. banks, alternative finance has entered the mainstream and is likely here to stay,” says Bryan Zhang, executive director of the Cambridge Centre for Alternative Finance, says in a foreword to the report.

Peer-to-peer business lending was the largest U.K. alt-lending market segment in 2016, according to CCAF data, growing by 36% last year to reach £1.23 billion ($1.64 billion). This was followed by peer-to-peer consumer lending at £1.17 billion ($1.56 billion), up 47%, and peer-to-peer property lending at £1.15 billion ($1.53 billion), up 88%. Models which do not generate a financial return, such as donation-based or reward-based crowdfunding models, says the report, account for a small proportion of the overall volume.

The progress of alternative finance is not linear, however, noted Zhang. Compared to 2014, when new entries to the market were at their peak, there are considerably fewer new entrants into the market, the report found.