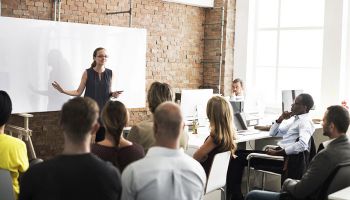 Even though there looks to be relief coming in some areas of Dodd-Frank Act regulations, the massively increased training regimen banks have had to implement since passage of the crisis-era law will not abate any time soon. Time spent on compliance training has increased 40% in recent years, notes Karl Dahlgren, managing director in charge of Learning & Development and Research at BAI.

Given the kind of investment that increase has required, Dahlgren says in an interview, banks have started to focus more on what he calls “learner ROI”—i.e. what they are getting for their training investment.

Responding to this increased focus, BAI announced a new initiative this week—role-based courseware. BAI, like other providers of training courses, regularly upgrades its offerings. But it went further this time, “taking a look at the taxonomy of the more than 300 courses in our library,” says Dahlgren.

As he explains, historically regulatory training courses were geared to specific regulations. They would cover TILA/RESPA, Know Your Customer, Bank Secrecy Act, and all the rest. On average, employees spend 25 to 30 hours annually to complete one of these typical, mandatory compliance training courses, as noted in a BAI press release.

The problem with that, says Dahlgren, is that if an employee has to take a TILA/RESPA course, “maybe only 15% to 20% of the content is relevant to your job.” Not an effective use of resources, he says.

“One of the best forms of training is scenario-based training,” says Dahlgren—that is, having an employee respond to specific situations.

“If you're a teller,” Dahlgren continues, “you might be getting scenarios for a lender” in traditional training courseware.

The new online role-based courses, would have very specific scenarios geared only to tellers, he explains, sharply reducing the amount of time needed for the training. “BAI’s initial studies indicate that this customized courseware can save users 30% in training time,” according to the press statement.

3 available, 7 in the works

At present, three role-based courses are available: mortgage origination, frontline, and consumer lending. Dahlgren says seven others are in development, with two expected to roll out within three months. The seven additional topics are: executive leadership (including the board); sales and service leadership; compliance officer leadership; commercial banking; contact centers; deposit operations; and loan servicing.

The new approach is not a phase-out of the old, says Dahlgren. In fact the entire BAI library of more than 300 courses has been overhauled with a new look and feel—use of video, etc.

For about a decade, BAI has provided benchmarking and analytics on a syndicated basis for enterprise members. The group is currently working on extending this capability to training, according to Dahlgren. When fully developed it would help banks answer the question: “What’s the right amount of training?” Too little leads to possible regulatory issues, Dahlgren notes; too much is an opportunity cost.

One feature would operate much the way Spotify does with music—telling a bank “what’s trending, what’s popular” among the other participating banks in regard to their training—anonymized and aggregated, of course. In addition, the service could provide standardized results of how a bank’s employees are performing relative to other institutions.