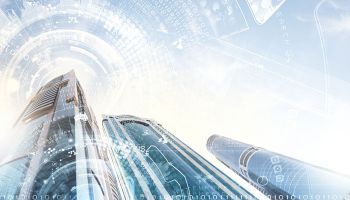 Why don't more innovations actually make it from the innovation lab to the bank's lines of business?

Around the world and across industries, establishment of “innovation centers” continues to accelerate. However, often taking that step does not mean that anything innovative will be delivered to the company’s customers or internal users.

In fact, in a recent international survey by Capgemini, only 17% of respondents said that innovation makes it beyond the company’s innovation center. And 90% of the managers and junior employees among the sample lay the blame for this on executive managers who fail to support innovation.

Against this backdrop, how well does innovation implementation work out in banking and financial services? Taking the field as a whole, “innovation is clearly becoming mainstream,” says Nilesh Vaidya, executive vice-president at Capgemini.

However, Vaidya, head of the firm’s banking and capital markets consulting and solutions practice, distinguishes between the efficacy of innovation efforts at banks of different sizes and, in some ways, different geographies.

Before exploring a Banking Exchange interview with Vaidya, consider more findings from a recent Capgemini report, The Discipline Of Innovation.

The report, from Capgemini’s Digital Transformation Institute, blames a mix of five factors for the problem of innovation that isn’t taken full course to impact the business:

• Cultural challenges. “Much of our digital research has shown that culture is the number one hurdle to successful digital transformation,” the report states. “And it remains true when it comes to innovation.”

The firm’s analysis, the report continues, “shows that many organizations do not have a culture where employees are empowered to experiment, test, and learn, and deploy their ideas at pace.” One solution is to have the bank’s innovation unit partner with a business line unit, blending practical application and the “freedom to fail” ability of the innovation group.

• Ecosystem disconnection. Four out of ten companies responding fail to implement innovation because they can’t figure out how to work with potential partners and vendors. A related factor concerns sharing data with third parties.

• Governance gaps. Sometimes innovation units aren’t seen as participants in the company’s business mainstream. If the lab is regarded as a sideshow, the report warns, there’s a risk it will be sidelined in favor of strategic priorities.

“The success of the Apple iPad is partly a result of the fact that the iPad was considered a core business opportunity and not simply a ‘research project’,” the report states.

• Process deficiency. Ideally, innovation labs don’t exist to “blue sky” all day, but to come up with approaches or products that can be commercialized. However, some organizations have not organized to facilitate innovations becoming live offerings.

• Environments toxic to implementation. Some innovation units face worse than isolation, instead being treated with hostility by mainstream units. Simple jealousy can be a cause. The report cites one company where the innovation staff work at street level on state of the art equipment behind glass that the public can watch through. By contrast, staff works on outdated laptops.

Looking at innovation in banks

Capgemini’s Vaidya says some banks, notably the largest ones, have found ways to integrate their innovation labs with mainstream units to avoid some of the problems cited in the survey.

In addition, the industry has learned a key lesson: the importance of collaboration. That is, according to Vaidya, that not all elements of innovation development need to be under the bank’s own roof, neither physically nor corporately. In addition, he says, larger organizations, especially, have begun to bypass request-for-proposal processes for selecting partners and vendors and instead gone directly to prospective outside partners whom innovation executives know to be a good fit for the bank’s ideas and goals.

“This can produce a richer conversation and a quicker way to move ahead,” says Vaidya. He says leadership is a key element of succeeding with innovation. Banks need to hire leaders who understand innovation.

Collaboration also refers to the need to ensure better communication between innovators, lines of business, and specialists such as compliance officers. It’s a matter of allowing innovators to soar without leaving the planet’s atmosphere.

Much of what Vaidya has discussed thus far would be helpful to all banks in some form, but they apply especially to large banks that have gone into innovation with both feet. Vaidya says these large institutions have been on the forefront of financial innovation and they have learned to bring innovation into business faster than other companies. Part of this is because they’ve been working on the effort a bit longer than other companies.

An aspect of the gearshift these large players frequently make is rethinking the way the bank itself is organized. Typically bank organization charts rely on a product-by-product orientation. Innovators tend to look at the bank as a collection of processes, and attempt to organize accordingly.

“The speed with which big banks are transforming themselves is quite amazing,” says Vaidya.

He says they have learned to be nimble, something they aren’t always given credit for. Major players have learned to adapt old organization processes to enable innovations to come onstream faster.

Innovation in the mid-tier

Midsized banks are a mixture, according to Vaidya, of institutions that have learned well how to implement innovation and those that are not doing very well at all.

A frequent issue is the location of the bank. Institutions based in metropolitan areas that have a population of technologists and other innovators, and of innovation centers outside of company environments, enjoy some critical mass that institutions based further away from such centers lack.

The latter banks “find it hard to attract talent,” says Vaidya. It can be harder to hire leaders effective with innovation if a bank is too far from regional innovation centers.

Geography is not an insurmountable challenge, Vaidya says. Among potential strategies are these:

• Lift outs. A mid-tier bank that wants to innovate in a particular area can simply pay up, to draw the talent it needs. This may take the form of acquiring several key players from another company’s team of specialists, such as in artificial intelligence.

• Move the mountain. An unorthodox method is to move the corporate headquarters away from the bank’s original base, to a metropolitan area that will draw innovation players. This can at least put the innovators and top executives in the same location.

• Partner with academia. Often, today, technology professors also engaged in profit-making enterprises, either on their own or through special units of their universities. Vaidya says that banks can look at partnering with academic centers of the expertise that they are looking at.

Vaidya says that the top ten universities all have groups working on artificial intelligence projects. He says that his own firm has partnered with some of them. Among the advantages, he explains, is the ability to not only work with professors but also with promising graduate students. He adds that internship programs for technological students can help with innovation as well. The limited term of such a program can help produce results.

• Prioritize your innovation. Vaidya also says that mid-tier banks may be well advised to focus on a couple of areas for innovating, rather than trying too big a hug.

He says one bank he knows of realized it couldn’t devote too much to innovation, so it decided to concentrate on two major efforts: moving more of the bank to the cloud and eliminating corporate silos. “They brought in a few new people,” and got going, he says.

One approach that Vaidya does not see moving very far is the consortium of banks seeking to innovate. This has worked to varying degrees in such areas as blockchain research and development, but Vaidya says it can frequently be difficult to pull off.

Building innovation from scratch can be expensive and staff-intensive and neither fits well with community banking. Vaidya believes for many smaller banks intelligent purchasing of outside innovation makes more sense than paying to do it in-house.

Many community banks find partnering with a third-party for access to a “pay per use” ability can be an effective and affordable model for a smaller bank, Vaidya says.