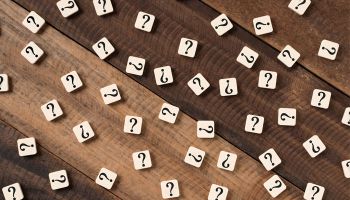 As part of re-setting how the Consumer Financial Protection Bureau operates, Acting Director Mick Mulvaney has started putting out requests for input on specific areas of bureau operations.

First shoe: CFPB published a request for information, the first in a series of such requests that Mulvaney promised last week. This one, as announced at the time, deals with the bureau’s civil investigative demand process. The announcement, posted on the bureau’s website, will be published in the Jan. 26 Federal Register.

In a sense, this “shoe” was a down payment on a key element of the second.

Second shoe: Mulvaney published “The CFPB Has Pushed Its Last Envelope,” an op-ed article, in The Wall Street Journal. The article was based on a memo, “To Everybody from the Acting Director,” sent to bureau staff the same day. The memo actually relates back to the first shoe.

All this occurred only a few days after Mulvaney announced that the bureau would request no funds from the Federal Reserve, its “bank” under the Dodd-Frank Act, for the second quarter of 2018, instead operating from existing reserves.

The bureau issues “civil investigative demands” to parties who it believes have information relating to violations of the laws it enforces. CFPB is seeking input from the public, “including from entities who have received one or more CIDs from the Bureau, or members of the bar who represent these entities.”

The request says in part: “The Bureau is especially interested in better understanding how its processes related to CIDs may be updated, streamlined, or revised to better achieve the Bureau’s statutory and regulatory objectives, while minimizing burdens, consistent with applicable law, and how to align the Bureau’s CID processes with those of other agencies with similar authorities.”

This marks the beginning of CFPB not only seeking public comment—normal enough for regulatory agencies—but asking for opinions on how it has performed its work since its founding.

The announcement, which can be found here, includes general inquiries as well as 11 specific questions.

The “envelope article” and memo

Mulvaney opened both the Wall Street Journal article and the staff memo with the following thoughts, this wording taken from the memo (as are other quotations):

“When I arrived at the Consumer Financial Protection Bureau in November, I told folks that despite what they might have heard, I had no intention of shutting down the Bureau. Indeed, the law doesn’t allow that, and as members of the Executive Branch we are charged with faithfully executing the laws. So let’s be clear: the law mandates that we enforce consumer protection laws, and we will continue to do exactly that under my watch.”

Mulvaney wrote that he was troubled by expressions that the bureau’s goal was to push the envelope on enforcement.

In the memo, he went on to say on that point: “Simply put: That is what is going to be different. In fact, that entire governing philosophy of pushing the envelope frightens me a little. I would hope it would bother you as well.”

Mulvaney wrote in the memo that he could see the need to take dramatic action to protect consumers, but that bringing the “full weight of the federal government down on the necks of the people we serve”—he included providers as well as consumers in that—“should be something we do only reluctantly, and only when all other attempts at resolution have failed. It should be the most final of last resorts.”

Mulvaney quoted from Robert Bolt’s play A Man For All Seasons, concerning Sir Thomas More. In the play, when asked to arrest Richard Rich for being a threat and “a bad man,” he resists. More tells his son-in-law, who is urging that action, to remember that England is a country of laws. (View the scene on YouTube.)

Said Mulvaney: “If you push the envelope now in pursuit of the supposed ‘mission,’ what’s to stop someone else—with a different mission, perhaps—from pushing that envelope against you tomorrow?”

He said the bureau would review everything it does, in reexamining how it functions.

Key points that followed from there:

• Less “regulation by enforcement.” The bureau frequently set policy in its enforcement actions, and compliance officers learned that they had to read every such case to see what was expected of them. “It seems that the people we regulate should have the right to know what the rules are before being charged with breaking them,” Mulvaney wrote.

• Focus on quantifiable harm. Mulvaney said where it was found, it would be pursued vigorously. However, “we won’t go looking for excuses to bring lawsuits,” he wrote.

• Boundaries. To Mulvaney the bureau’s authority is in the law as written. “We will no longer go beyond that mandate,” he wrote. “If Congress wants us to do more than is set forth in the Dodd-Frank Act, they can change the law.”

“Simply put,” he wrote, “the days of aggressively ‘pushing the envelope’ of the law in the name of the ‘mission’ are over.”