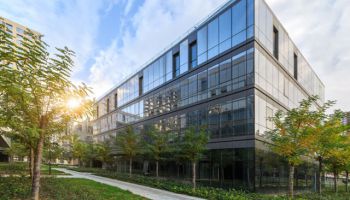 “There is absolutely no shortage of capital out there. It’s a borrowers’ market and that’s when stupid things happen.”

“This time through, we still haven’t seen the knucklehead coming along and paying outrageously for assets. When we see him, we’ll know the market is heading off a cliff.”

“For the last three years we’ve been waiting for the end of the cycle. We’re still waiting.”

“We think values are flat, and may be trending down this year. You always see the best buildings trade at the top of the market as they only trade at a premium price. We are seeing them trade.”

These four quotations from real estate industry leaders come from the anecdotal remarks section of the quarterly Real Estate Roundtable Sentiment Index report for the first quarter 2018. The sentiment index represents the average of the Real Estate Roundtable’s future index and its current index.

The quotations bear out the trade group’s summing up of its survey, performed by FPL Advisory Group:

“While the Q1 index came in at 54 [out of 100 and up one point from the last quarter of 2017], there is a noticeable gap between the scores for current conditions (57) and future conditions (51). Responders are feeling comfortable about the stability of the real estate market in 2018, but many expressed concerns about what the market may look like in 2019.”

What’s happened and what’s coming up?

Several recent public and private research pieces address the state and future of CRE, which played a major part in triggering the Great Recession.

The roundtable’s sentiment report, released last week, comes at an upbeat time for American business in general, surfing the wave of the new tax bill, while enthusiasm has flagged a bit in the wake of the beating taken by stocks. Overall, commercial real estate media played the tax bill as an overall positive for CRE investors, though how things will ultimately play out remains to be seen. 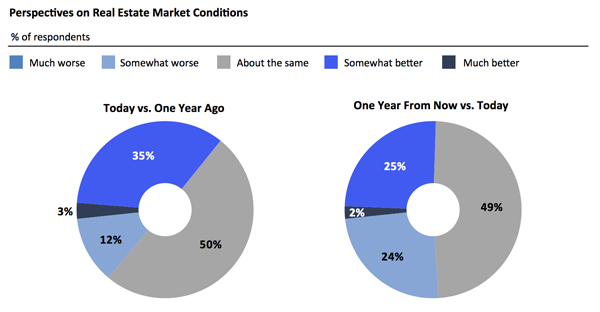 Among the observations on the CRE market from the Real Estate Roundtable, based on its survey:

“The real estate community has demonstrated discipline many feel was absent in the previous cycle,” the report states. “Debt and equity sources of capital are making thoughtful, risk-weighted decisions.”

Added one respondent: “This market has removed many of the speculative real estate investors. You have to know what you are doing to invest in this environment.”

And another: “It’s stable, but you can see signs of slowing. Transaction volume is down, groups are being careful.”

• On the other hand, asset values continue to increase in secondary and tertiary markets.

The consensus was that this reflects investors chasing yield. However, a dampening factor may be that some investors, as “children of the great recession,” hesitate to put capital into such markets.

Said one respondent: “Many of the markets are moving towards softening.”

And another: “We’ve hit a plateau with pricing. It’s healthy that values aren’t rising like they were. We are in the sweet spot today, but how long can that last?” 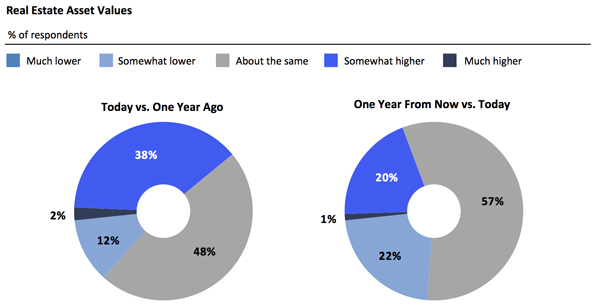 • Alternative lending platforms appear to have increased competitive pressures, according to many responders.

“There are a lot more nonbank lenders that are going to put capital to work,” said one respondent.

Said another: “While banks have been more careful about wading in, there’s still a lot of capital accessible out there. That said, in sub-markets and with sub-assets, we are seeing disciplined lending practices from everyone.”

Mix of optimism, caution, and uncertainty

The report comes at a point when banking trade group and regulatory reports on CRE conditions and lending policies indicate a steady tightening. Regulators have been directing banks to pay close attention to CRE for several years.

Regarding tightening, the Federal Reserve’s Senior Loan Officer Opinion Survey on Bank Lending Practices for the fourth quarter of 2017, released earlier in February, reported that “banks’ standards on most categories of commercial real estate (CRE) loans tightened, while demand for CRE loans reportedly weakened.” This came at a point where respondents to the Fed’s survey also expected to tighten CRE standards further as 2018 goes on.

Delving into specific types of CRE credit, the report indicated somewhat more tightening for multifamily residential property loans and for loans for construction and land development purposes. Standards for other types of nonfarm nonresidential real estate credit were unchanged, according to the research.

However, the Fed survey found that tightening on CRE is expected to impact all categories over the course of 2018. Looking forward, respondents indicated little change expected for delinquencies in multifamily and nonfarm nonresidential properties, while some banks anticipate some deterioration in construction and land development loans in 2018.

A report in the current FDIC Supervisory Insights journal discussed underwriting trends observed by the agency’s examiners through October 2017. As shown in the chart below, perceived risk in construction and land development loans (denoted as “ADC”loans) and permanent CRE loans had fallen through October, compared to the surveys for 2016 and 2015. However, the report also indicated some concern over increasing growth in CRE concentrations among some institutions. 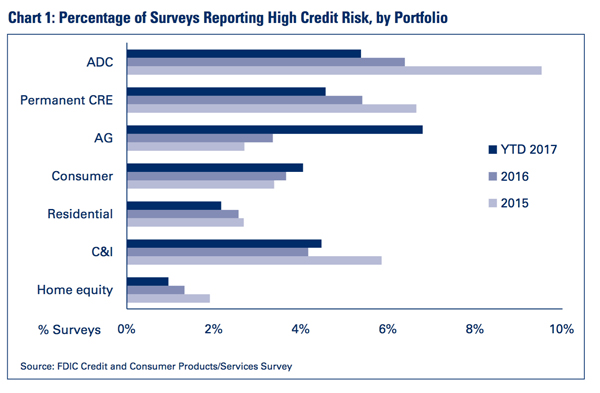 In a report from the American Bankers Association, the January CRE Lending Newsbytes, economist Rob Strand noted that business spending on construction and CRE properties rose an average of 9.6% between 2011 and 2016.

“However, progress slid for the first half of last year before leveling off—still at a high level,” wrote Strand. “This reversal mirrored a slowdown in business investment in equipment and intellectual property. Therefore, many economists believe that the slowdown meant no more than temporary satiation late in the business cycle.”

Reflecting growing closures of retail stores, Strand observed that “the retail sector’s need for commercial real estate is not disappearing; it is shifting to warehouses and distribution centers.”

“Entering 2018, there continues to be strong interest to lend by just about every major capital source,” said Jamie Woodwell, vice-president of commercial real estate research at MBA in a statement.

The association reported a mixed picture for various types of commercial mortgages. While increases in dollar volume were seen for certain categories in the fourth quarter compared to the last quarter of 2016—hotels were up 40%, multifamily up 16%, and office properties up 7%—decreases were seen in other commercial mortgage categories. The latter included a 40% drop in retail property loans, a 36% fall in health care property loans, and a 17% drop in industrial property loans.

Among lender types, year-over-year, commercial mortgage-backed securities were up by 43% and the GSEs up by 23%, but life insurance companies were down 2% and commercial banks were down 1%. However, both insurance companies (up 11%) and banks (up 8%) saw increases from the third quarter to the fourth quarter last year. (All of these figures are also by dollar volume.)

Simultaneously with the preliminary report, MBA made projections for commercial and multifamily mortgage volume. The association projects that the total will decline slightly in 2018, down 3% from 2017 volume. MBA predicts that this trend will continue in 2019 as well, bringing in roughly equivalent annual volume in that year.

“There is a strong mix of both headwinds and tailwinds in the commercial real estate finance markets right now,” said MBA’s Woodwell. “Our sense is that for commercial and multifamily mortgage borrowing and lending, the net effect is likely to be close to a wash.”